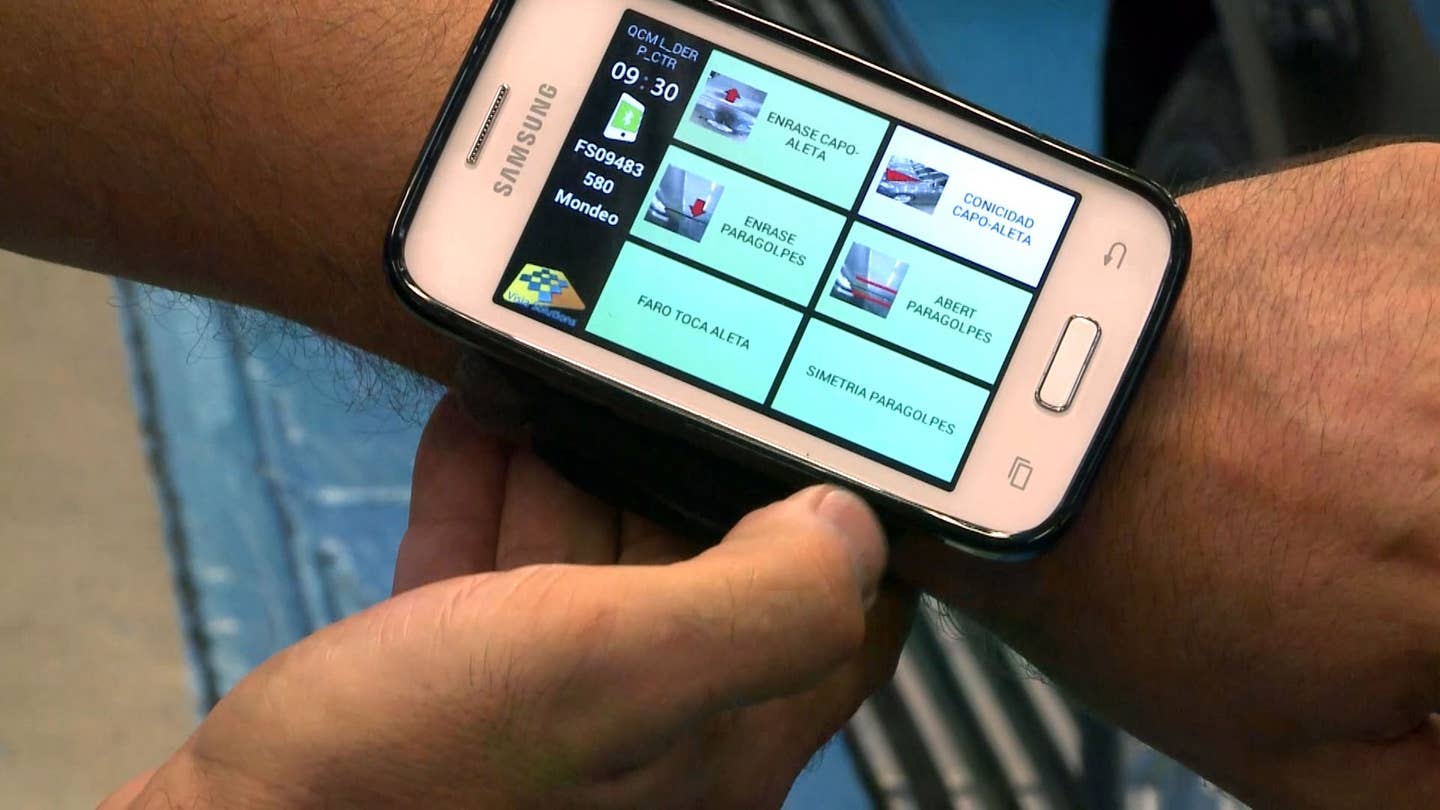 Remember when “wearables” began and ended with the fig leaves in Adam and Eve’s underwear drawer? Now New York Fashion Week and the Apple store are technological Edens, and Ford has gotten in on the scene by developing an app for factory workers at its Valencia production facility. The suggestion came from production manager Ramón García, who noted how often his co-workers dove into their smartphones and tablets on lunch breaks. The Bluetooth-enabled app contains the specs for each vehicle coming down the conveyor, and notifies a worker of the inspections that need to be done. Upon completion, the worker can tap a few buttons on a Portable Quality Control Device to signal approval, or stop the line immediately if a larger issue is detected.

During a one-year trial period, Valencia assembly line employees strapped an Android phone to their bodies, then used the PQAD to quicken the steps in ensuring each passing vehicle met corporate standards. Prior to this, workers would walk nearly a mile each day, literally shuffling papers between the line and the computers that kept track of quality control.

The trial’s results are superb. Vehicle checks took seven seconds less, human error declined seven percent, and employees gave it the thumbs-up. Extrapolate the time savings to the more than 400,000 cars, crossovers, and vans the Valencia facility makes in a year, and you’ve unlocked 777.8 hours of potential additional productivity. That’s 32 extra days every year that technology conjured into existence.

Naturally, Ford is looking at other digital initiatives for Valencia, and at expanding the PQAD app to other plants. But having robbed workers of exercise during a shift, one of those initiatives might want to address obesity before the situation gets all Wall-E on the factory floor.