Daimler says it's the first automaker authorized to do so. 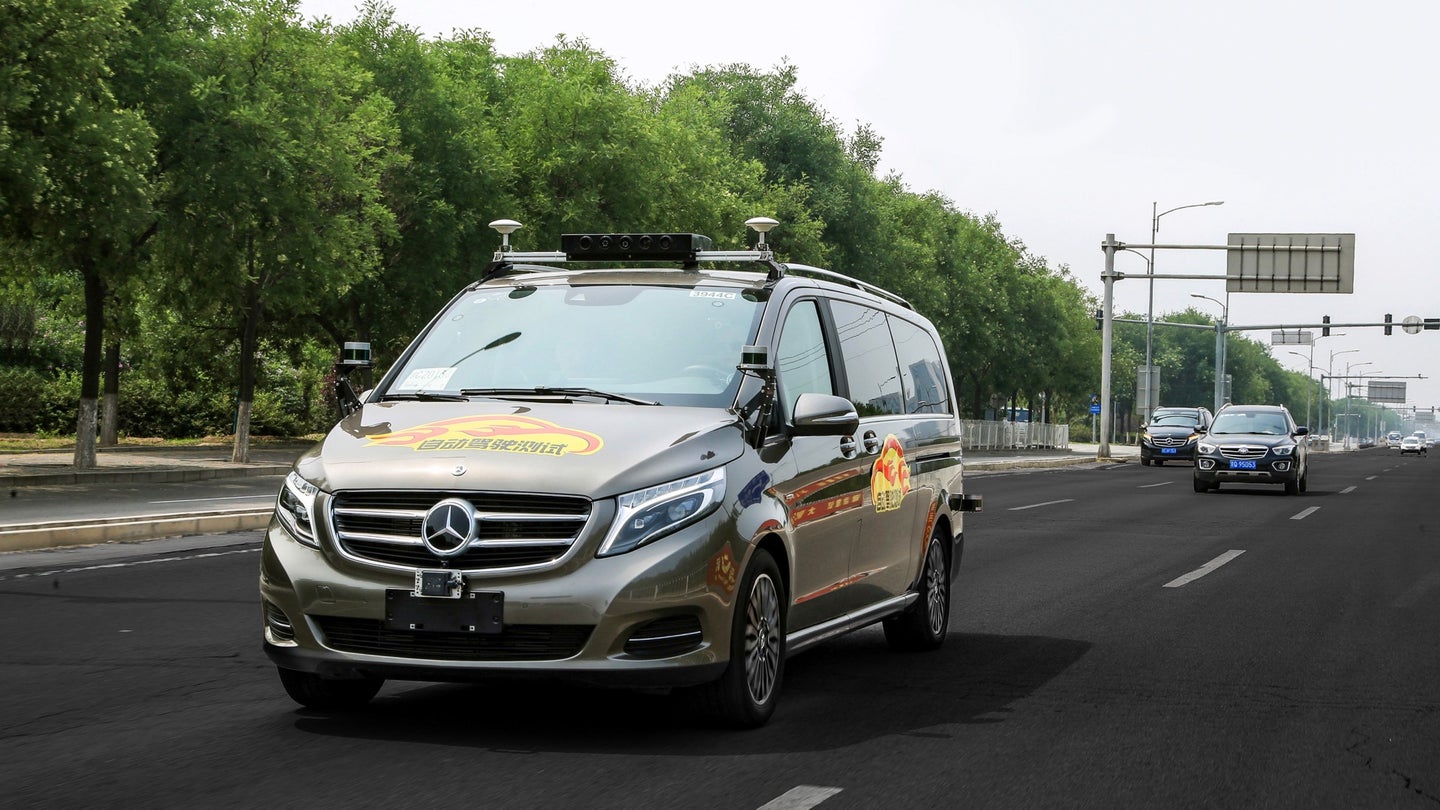 To qualify for the licenses, Mercedes test mules had to undergo trials within a designated National Pilot Zone for Intelligent Mobility, where the government permits testing to be conducted. Human backup drivers also underwent "rigorous" training, a Daimler press release said.

Daimler is already working with Chinese tech giant Baidu on the latter's Apollo autonomous-driving computing platform. Baidu made Apollo open source, and has enlisted dozens of companies to aid in its development. A variant of Apollo will be used in the Mercedes test vehicles deployed in Beijing.

Baidu only received a license to test prototype self-driving cars in Beijing in March. Other local companies are testing prototypes in other Chinese cities. Daimler has testing permits in both Germany and the United States and has also sent prototypes on a global tour dubbed Intelligent World Drive to learn the quirks of driving in specific regions. But China may be the most important locale of all.

Both the Chinese government and consumers appear more receptive to the concept of self-driving cars than their counterparts in the U.S. and Europe. China's eagerness to become a technological powerhouse may also lead to quicker adoption of the technology. This has already driven China to adopt electric cars at a rapid rate. But the electric-car push has favored local automakers over foreign firms, and it's possible the same will be true when it comes to autonomous driving.