Freightliner Deploys Test Fleet of 30 Electric Trucks With US Customers

Penske Trucking Leasing and NFI Industries will each get a handful of trucks. 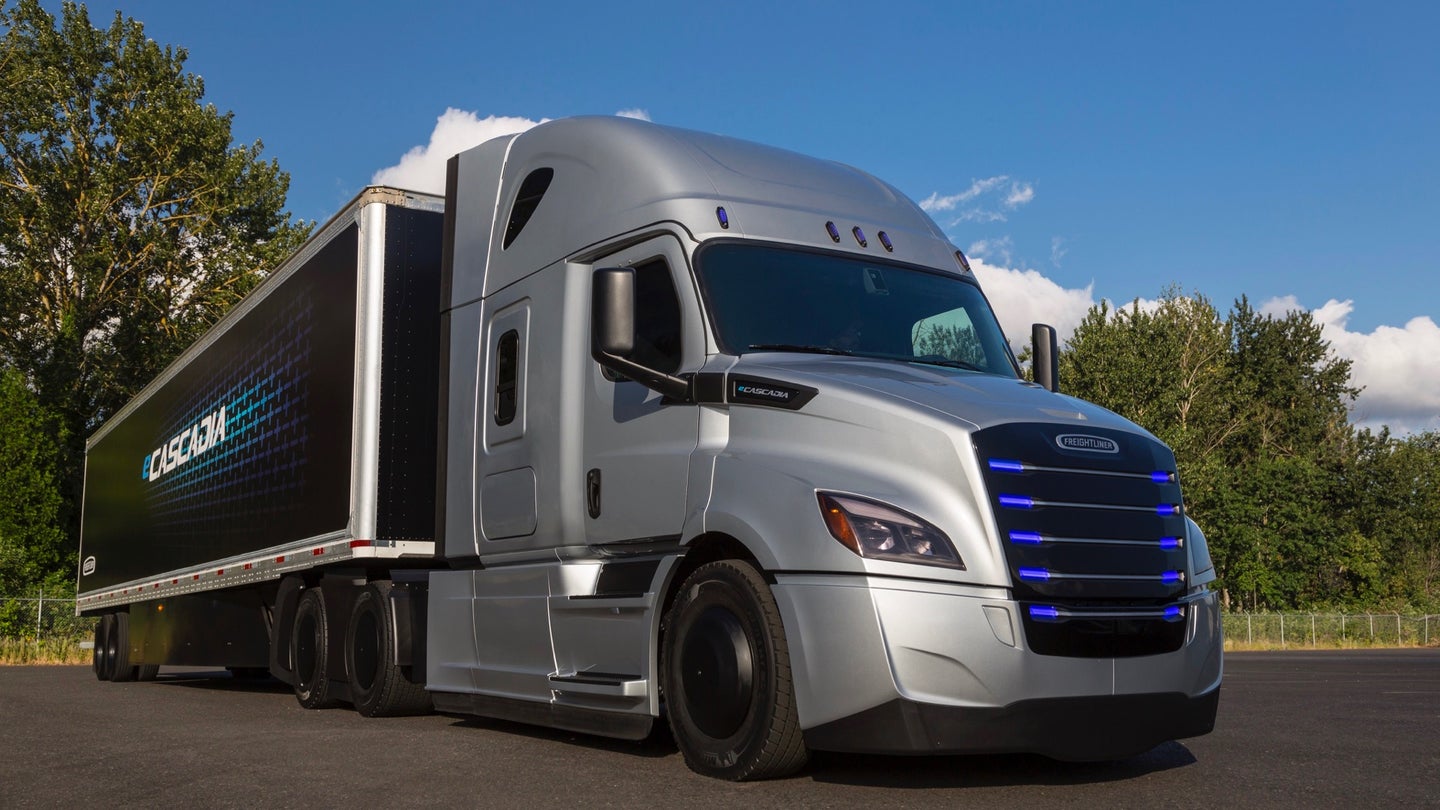 Freightliner recently unveiled two electric trucks, and now the Daimler-owned manufacturer is ready to put them into the hands of U.S. customers. Penske Truck Leasing, an arm of the vast Penske business and motorsports empire, will get 20 trucks, and logistics company NFI Industries will get 10 trucks. This will serve as a real-world test before Freightliner launches larger-scale North American production in 2021.

The eCascadia has 730 horsepower and a 550-kilowatt-hour battery pack that provides a range of 250 miles, according to Freightliner. While it is a semi like Tesla's much-discussed electric truck, the eCascadia offers substantially less range than Tesla is promising. The eM2 is a smaller box truck with 480 hp, a 325-kWh battery pack, and an estimated range of 225 miles.

In addition to the vehicles delivered to Penske and NFI, Freightliner parent Daimler will keep 10 trucks in the U.S. for research and development purposes. Daimler also said it will work with Penske and NFI on development of charging infrastructure and servicing of the vehicles. Daimler plans to launch large-scale production of electric trucks for the North American market in 2021. By then, it should have plenty of competition.

Besides newcomers Tesla and Nikola Motors, which is developing a hydrogen fuel-cell semi truck, incumbent truck manufacturers like Volvo Trucks (a separate entity from the automaker), Navistar, and Volkswagen's commercial-vehicle division have all expressed interest in zero-emission trucks. Commercial trucks may be the next big thing in electrification.