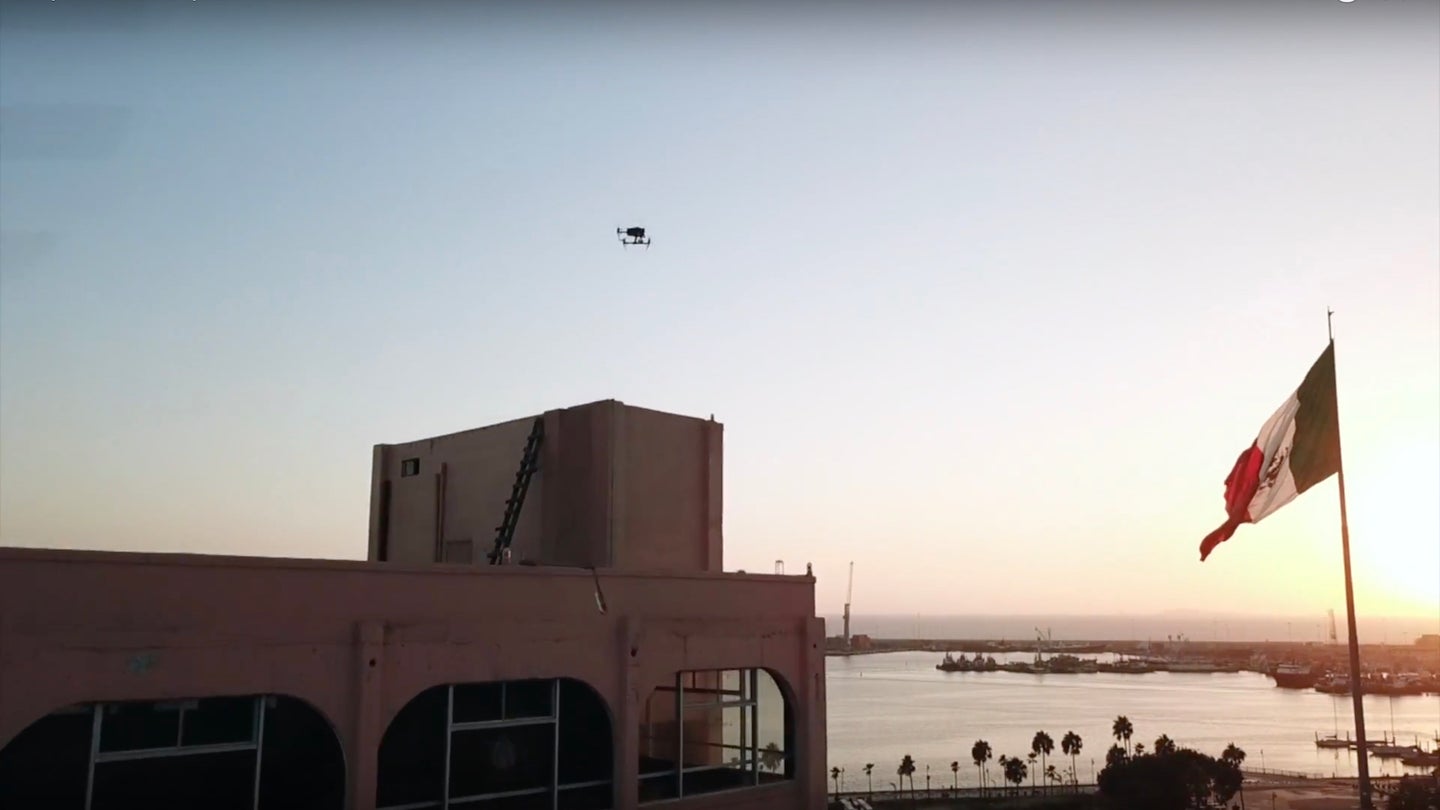 We’ve reported on drones in law enforcement quite a bit, with virtually every single police and fire department praising the tool’s practicality when it comes to identifying dangers and having a reliable eye in the sky as part of strategic decision-making. According to Wired, the Ensenada police department in Mexico just joined the chorus, claiming that the implementation of one single DJI Inspire 1 drone has effectively helped decrease local crime by 10 percent with more than 500 arrests, and a 30 percent reduction in home robberies.

“It’s helped with reducing response times and also catching people when they do something illegal,” said Jesus Ramos Avendaño, CTO of the Ensenada police department.

During the course of four months, the department conducted more than 1,600 drone missions with approximately 25 drone missions per day, based on where the 911 calls were coming from on each particular day. The unmanned aerial vehicle was piloted from a local command hub and through software developed by California-based company Cape. Even more conveniently than that is the fact that any officer is able to watch the drone’s feed straight from their desk, or even while out on patrol, which puts everyone on the same page and allows for more informed and communicative teamwork.

For Cape CEO Chris Rittler, this is just the tip of the iceberg. He claims with a mere handful of additional drones, Ensenada’s police department could oversee and combat any and all visible crime in the 522,000 person town. “The most common use case is in response to an emergency call, when the drone can be redirected from a flight it’s already on,” he said.

This allows officers to watch what’s occurring on the scene before they even arrive, as the drone was likely there far earlier, providing useful visual information to any officer who needs it.

“Thieves have a clock in their head, from when they break a window to when the police arrive,” said Rittler. “What the drone has done is dramatically decrease that time window.”

Take a look at Cape's visual explanation of what Rittler means by reducing that window.

As should be clearly evident by now to any legislators, public safety sectors and citizens who have directly experienced drone use in law enforcement and search-and-rescue scenarios, UAVs are saving lives that would’ve arguably perished without their implementation.

In Rwanda, the entire healthcare system has received an enormous boost with Zipline’s aerial blood and supply delivery, while Puerto Rico rebuilt a significant portion of its infrastructure with cable-towing UAVs. A Hawaiian man’s life was saved via drone from the magma-spewing volcano in Kilauea, and a hiker and his incapacitated dog were rescued with a drone in New Mexico. All of these examples, by the way, have occurred in the last three weeks.

Domestically, the UAS Integration Pilot Program has been making strides in giving companies and local governments the ability to more widely test various drone missions and use cases, in order to garner as much functional information for the inevitable nationwide implementation of a cohesive, secure drone traffic management system.

There are, of course, significant hesitations and skeptical sentiments on behalf of groups like the ACLU about handing over such powerful tools to those that govern us. While the philosophical discussion around their use is likely to remain vibrant for the foreseeable future, it’s undeniable that these machines can, and have, saved people’s lives and protected them from danger. If one drone can drop crime by a staggering 10 percent, there’s no telling how extensively it could do the same in a comparable city in the U.S., but we’ll probably find out soon enough.