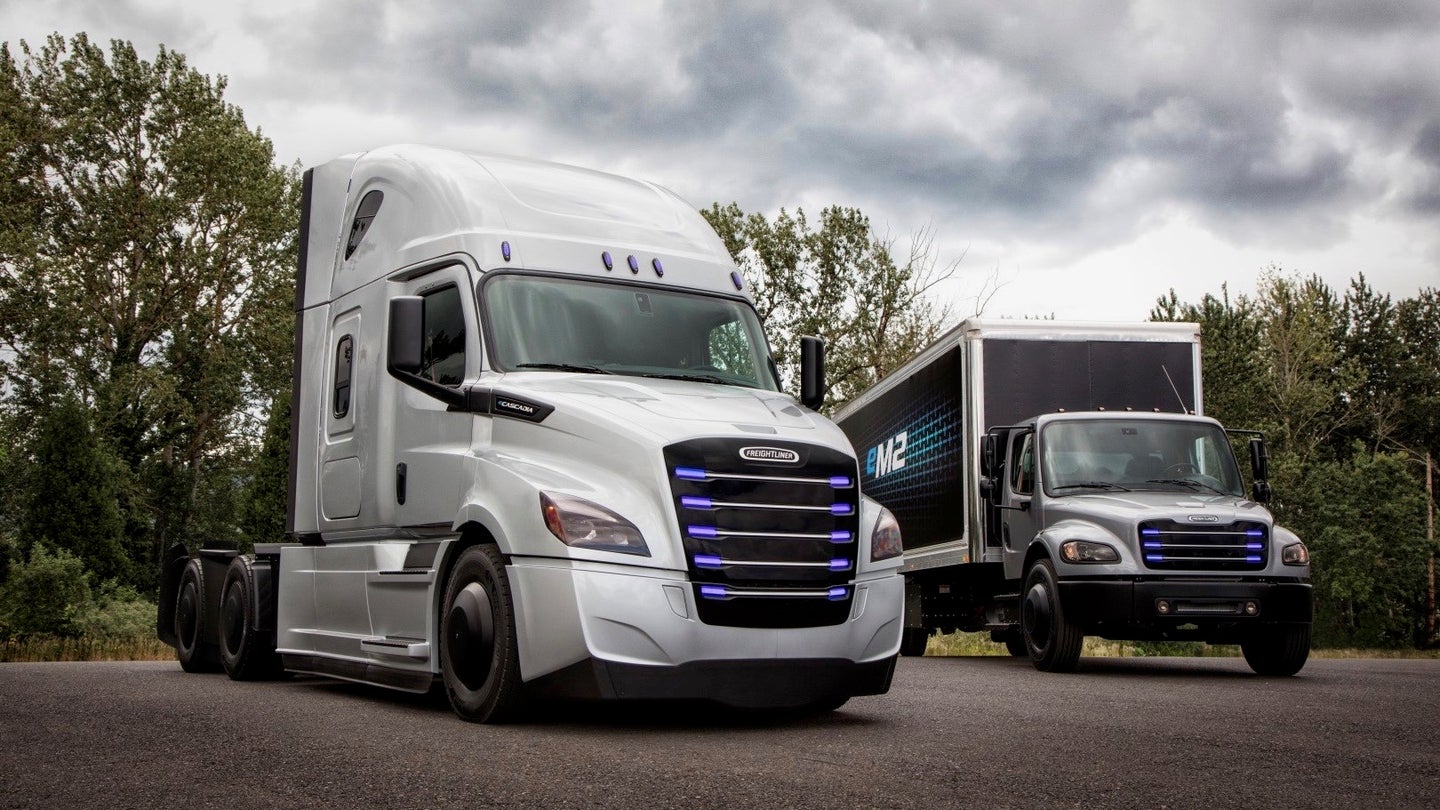 Daimler has delivered a limited number of its Fuso eCanter electric delivery trucks in the United States and shown a larger Mercedes-badged model for Europe, but the company hasn't unveiled a direct competitor to Tesla's much-discussed Semi. Now, the German company's U.S.-based Freightliner brand is launching two electric trucks, including one that could go head-to-head with Tesla.

The eCascadia boasts 730 horsepower and a 550-kilowatt-hour battery pack that allows for 250 miles of range, according to Freightliner. It's a long-haul semi truck like Tesla's but the Silicon Valley automaker is promising at least double the range of the Freightliner per recent releases. Tesla previously said its truck would have a range of 500 miles, but CEO Elon Musk recently indicated that the company is aiming for closer to 600 miles of range. But Freightliner's greater experience in manufacturing and selling commercial trucks means the company is better equipped to actually put its truck on the road in large numbers.

The eM2 is designed for lighter loads. The box truck has a claimed 480 hp and a 325-kWh battery pack. Despite having a much smaller pack than the eCascadia, Freightliner claims the eM2 will only fall 20 miles short of the bigger truck's range. Both trucks will be equipped for DC fast charging, likely a necessity given their massive battery packs.

Before the end of the year, Freightliner expects to deliver around 30 units of both trucks to North American customers. Parent Daimler will monitor day-to-day operations in order to fine-tune the designs of future, higher-volume electric trucks. Commercial vehicles are likely to be the next major front for electrification, with many companies looking to launch their own electric trucks.