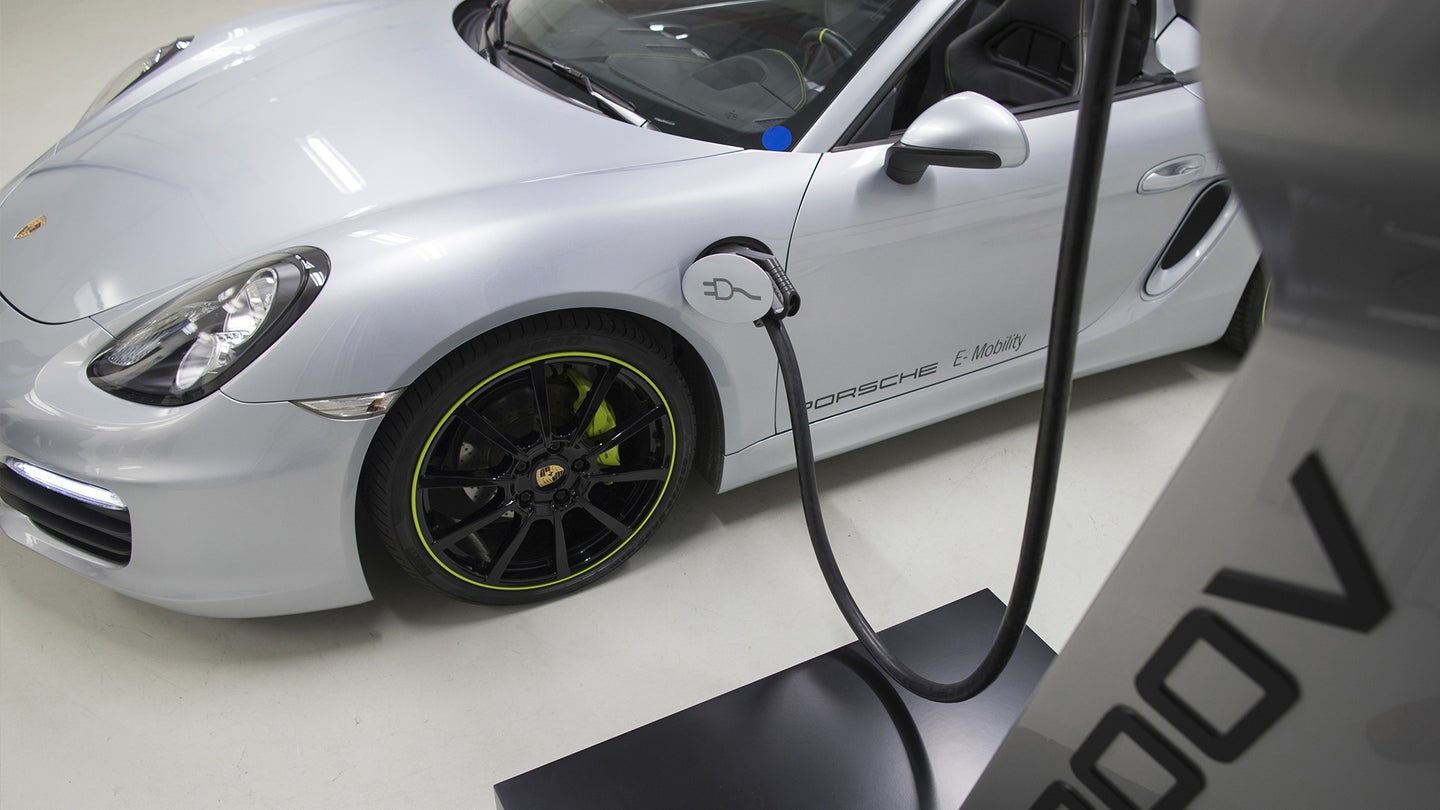 Porsche plans to deploy 500 of its ultra-fast chargers across the United States by the end of 2019, according to Automotive News Canada. One hundred eighty-nine of which would be at dealership locations, the other 311 locations have not yet been identified. Porsche dealers stationed in America's hat, Canada, are expected to receive just 20 chargers in the same country-wide rollout.

Porsche's entry into the pure electric market is one that won't soon be forgotten. Its first vehicle, the Mission E, has become something which very well may be the first true Tesla Model S competition on the market, despite Porsche denying that Tesla is a benchmark. After all, the Mission E is a luxury sedan with a sporty soul and is priced similarly to the Model S, but it lacks certain fringe features outside of the vehicle itself. Porsche will need to build the cult user base that Tesla has, and provide certain features which make the Mission E stand out, something like an insanely fast charge time.

Luckily, Porsche is doing just that. One of the biggest selling points of the Mission E is the ability for it to charge in just fifteen minutes. Significantly faster than even Tesla's supercharging network, Porsche's 350 kW ultra-fast chargers seem like a dream come true but talks about just how rare they will be have been the main topic of conversation. After all, it's not like Porsche already built a huge network with fancy restaurants.

In an interview with Automotive News Canada, Porsche North America's CEO, Klaus Zellmer, confirmed that Porsche is doing something to address these concerns. “If you want to buy that car, you want to know what happens if I go skiing and go further than 300 miles,” Zellmer said, “What do I do? So we need to have answers for that.”

Zellmer also reportedly called the 300-mile range of the Mission E a "psychological barrier" for the electric car, noting that most electric vehicle owners will be putting their car on the plug while parked at home or at the office. But for the times when long distance trips are needed, owners have a legitimate concern, especially if Porsche's charging standard ends up being proprietary.

Porsche has already said that its charging network wouldn't be free. Unlike Tesla, the Germans are looking for charging to be another profit center, citing that costs will be similar to filling up at the pump. One interesting twist to shake things up is the possibility for Porsche dealers to offer free fast charging to its customers. This would enable more foot traffic on a dealer lot and if the owners feel like putting up with salespeople, potentially more income for the dealer at the cost of a few kilowatts of power.