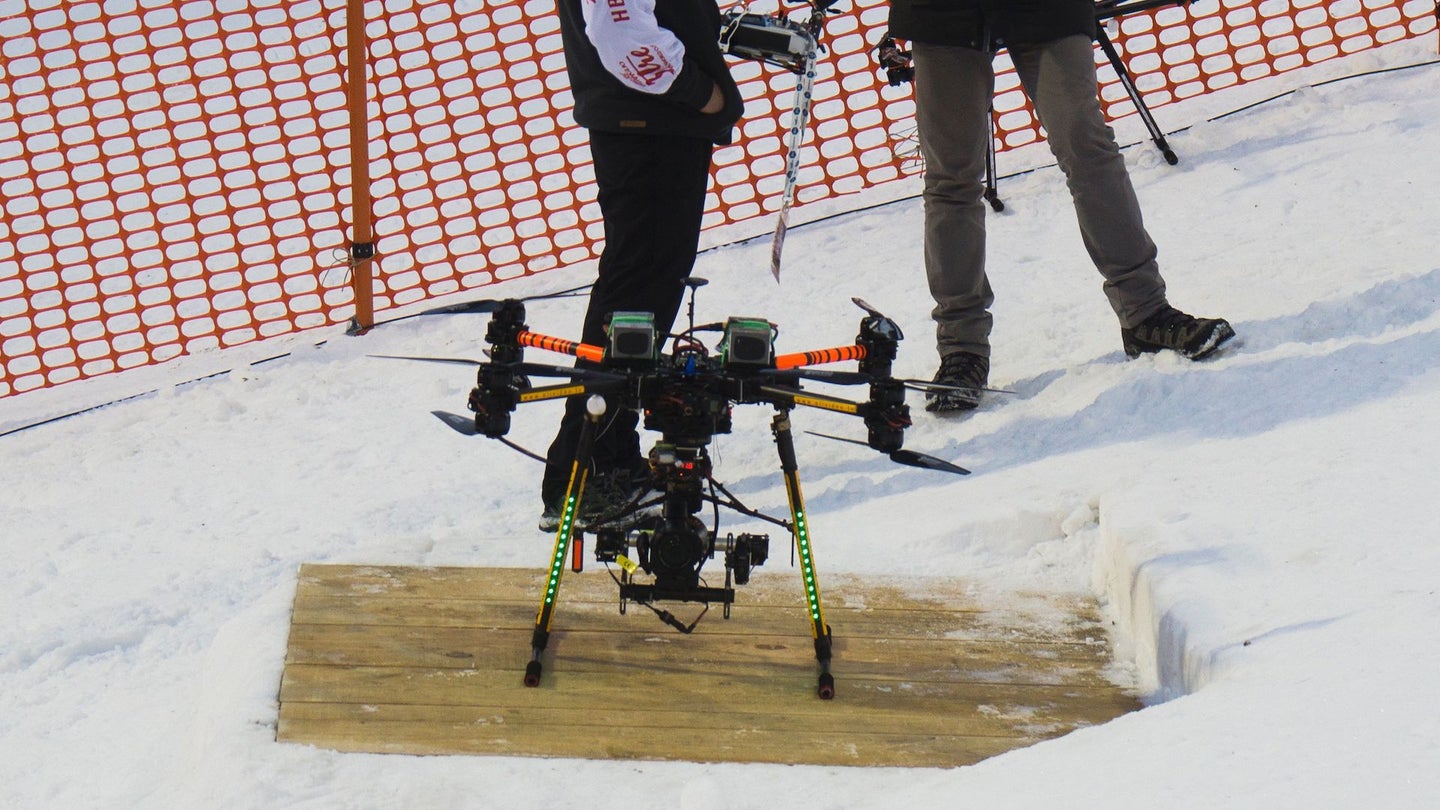 Russian drone company Rudron/Expeditor 3M was set to publicly deliver its first parcel for Russian Post on Monday, but crashed into a wall instead. According to Reuters, crowds and local officials alike watched as the unmanned aerial vehicle broke into pieces before their eyes in the Siberian city of Ulan-Ude. This was supposed to mark an exciting transition into modern delivery methods for the region, with the drone intended to deliver a small package to a nearby village in the Buryatia region. Unfortunately, it did not go as planned, to say the least.

Reuters reports the drone was deployed from a small launch pad adorned with Russian Post’s blue and white emblem, before rapidly losing altitude and colliding with a three-story residence, while an entire crowd looked on. Fortunately, nobody was injured, except for the delivery drone which reportedly cost a stunning $20,000 to manufacture. Naturally, Russian Post tried not to have its image tarnished by this accident by claiming it was merely present at the event as a guest of Rudron/Expeditor 3M. Russian Post, however, did announce its intentions to use drones for parcel delivery back in 2016.

Regarding the reasons for faulty flight, Alexei Tsydenov who heads the Buryatia region and was in attendance for this unfortunate event, claims the more than 100 Wi-Fi connections present in the area could’ve impeded the unmanned aerial vehicle’s continuous connection to the drone’s operator. Nonetheless, this marks a mere bump in the road. “We won’t stop with this, we will keep trying,” said Tsydenov, adding that the drone cost $20,000. “Those who don’t risk don’t get a result.” Let's take a look at the events of that day four ourselves, shall we?

While this is a pretty humorous incident, with an entire town eagerly watching its first high-tech drone delivery in action, only to have it crash into a wall seconds later, this is nothing but an unfortunate event on the road to smooth operation. Russian Post and Rudron/Expeditor 3M will keep moving forward, if Tsydenov’s words are anything to go by, and this incident will be a mere blip in the region’s history regarding UAV deliveries. We hope to report back with some more positive drone news from the area in the near future.