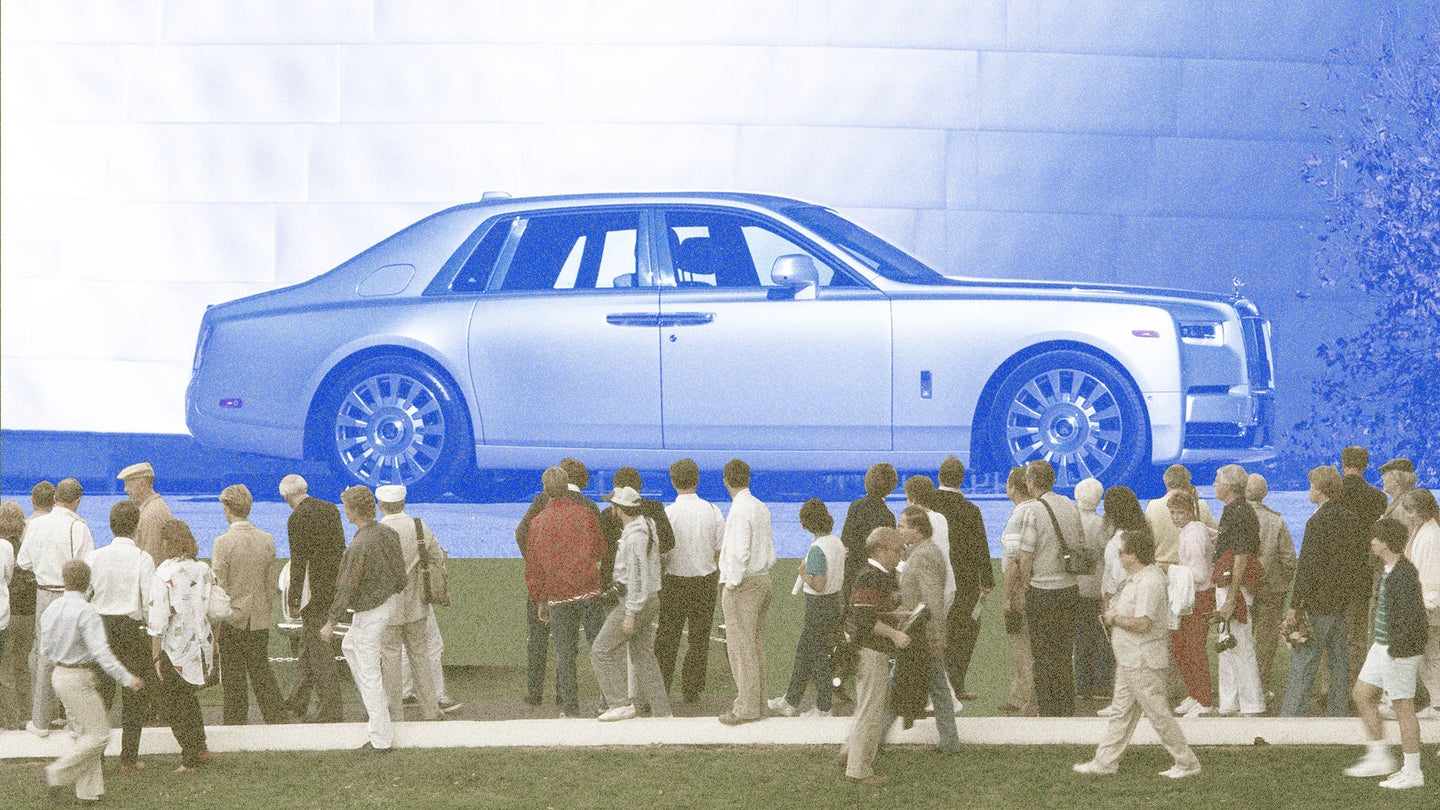 Automotive longevity is a funny thing. On the one hand, automakers wants cars to be reliable and to last a long time, so they represent good value for the buyer's dollar. On the other hand, carmakers don't wants cars to last that long—otherwise nobody would buy new ones, which keeps the industry humming and allows buyers to benefit from new technology and improved performance.

Yet cars are made of durable materials and built to ever-increasing quality standards, right? With reasonable rates of wear-and-tear and regular parts replacement, we can keep them well beyond warranties and payment plans. That’s expected, of course; after all, we routinely see cars from the early 20th Century running under their own power onto the storied turf of the Pebble Beach Concours d’Elegance. But can we expect a 2018 Mercedes S-Class—with its multitude of sophisticated computers, displays, tiny electric motors powering seats and vents, and cutting-edge materials—to live long enough to wow the crowds at Pebble in the 22nd Century? How about a more modest—but also far simpler—Volkswagen Jetta? Or a Ford F-150? Can cars made in 2018 last, say, 100 years?

Indeed, truly modern cars—ones with complex digital displays and fully integrated systems that make tinkering with them a daunting prospect—remain a largely unknown quantity, longevity-wise, particularly given lots of not-entirely-promising anecdotal evidence relating to electronics. The LCD display in my wife’s 2007 Mercedes R350, for instance, is already starting to look like a dead-pixeled, dystopian nightmare; likewise, the navigation screen in a friend’s 1999 BMW 750iL is, shall we say...fussy.

To find out, I spoke with engineers and product planners in the industry—most of whom insisted on speaking as close to off-the-record as possible—about whether today’s cars might have any sort of superhuman longevity given all the modern manufacturing and materials technology. The answer was, for the most part, no...though with a few notable asterisks we’ll get to shortly.

When asked whether his company’s engineers try in any way to ensure their cars will last longer than the current average vehicle lifespan of 11.5 years (as determined by industry analyst IHS Markit), one executive at a large manufacturer of mid-range and economy cars who preferred not to be named simply laughed. “Not at all,” he said. That’s not necessarily a bad thing, of course. Longevity takes money, and why bother when there’s no real financial incentive to stretch them past a perfectly reasonable life span.

Another company executive—who also elected to go unnamed—was a bit more optimistic about his mid-range and economy cars. “Our warranties are limited, but we certainly expect that our vehicles will last for many years and miles beyond that with proper maintenance,” he said. “That doesn’t mean that a vehicle would not require repairs throughout its life. Things do break in use in the real world, where conditions vary. How many American cars from the 1960s still have their original engines? Does an engine replacement qualify as killing a car? If the chassis is sound without rust or damage, couldn’t you keep a car going forever by just replacing components? What I’m getting at is that there is no one definition of ‘life’ for a car unless it crashes or rusts away.”

That, of course, is a key part of the basic longevity calculus, relating to general mechanical soundness through the years—proper maintenance and, in extreme cases, a degree of pampering. Add that to overall build- and materials-quality, and some familiar patterns start to emerge. Namely, that the cars most likely to stretch decades are the premium and/or collectible ones, as has pretty much always been the case. Porsche, for instance, is quick to note that 70 percent of the vehicles ever sold in the U.S. are still on the road.

“I don’t think we can specifically say from a product-engineering side what the expected lifetime is for vehicles or their electronics,” noted Porsche communications manager Marcus Kabel. “But we have a robust classics program that helps maintain any car out of production at least 10 years. We’ve begun 3D-printing rare parts only needed in small numbers, and there’s certainly an incentive to keep making factory-original parts for 20 to 30 years after the car ceases production.”

While keeping the miles off will certainly also help in terms of dragging cars through the years, there’s no guarantee that a hermetically sealed Porsche with zero miles on the clock will fire up right away in 2118, even with a proper change of fluids, etc. Materials degrade with time as well as use, and we simply don’t know how all of today’s electronics will fare through the decades. Engineers I spoke with, however, have noted that the display systems in cars are frequently engineered to higher standards than another, equally familiar technology: mobile phones. Smartphones are typically engineered to last just a few years, but vehicle systems must be able to withstand several hundred thousand miles of use, last at least a decade, and operate in a wider variety of extreme cold and vibration conditions.

Other modern systems pose different challenges. Anti-lock brakes and airbag systems, for instance, are more likely to be disabled or removed as vehicles rack up the decades, or they might require electronic workarounds or a bit of laptop-based reprogramming of the ECU to allow them to be driven with the systems absent.

Of course, the aftermarket also seems forever willing to gin up solutions for older vehicles, as well—even ones that don’t necessarily rate as collectible. Premium vehicles, however, might have an overall edge when it comes to modern tech far outlasting average lifespans, because they’re usually designed to different standards. “Highly mass-produced vehicles tend to have more integrated designs,” noted Tim Hannig, director of the Jaguar Land Rover Classic Works operation, which helps maintain and restore cars that are also out of production at least 10 years. “But higher-end products have more modular technologies.” For this reason, it’s easier to access and replace discrete systems, he says, instead of having to deal with its absence or replace much larger vehicle elements.

As for whether any Jags or Land Rovers will still be running in 2118, Hannig hedged his bets. “50 years, yes,” he said. “A hundred? I don’t know—that’s an awfully long time. Running a 100-year-old car right now is relatively simple. But today’s cars have more complex designs, beyond even the electronics. On the other hand, 3D printing is allowing for far more complex structures to be easily made. It’s becoming quicker and less expensive, and that progress is only going to improve.”

Among the current Jags that he’s betting will have the greatest lifespans, he cites the F-Type Project 7 special edition and the new I-Pace electric crossover as likely among the most prized future-collectibles, and therefore, the most likely to go the distance—a point that begs the question of whether a 100-year old EV will roll into Pebble a century from now. That seems just as possible as any other vehicle, Hannig and others I interviewed agreed, though the batteries will likely need replacement after a few decades. But electrification does hold other promises: “Take our electric E-Type conversion,” Hannig said. “Take the existing engine out and put a modern electric motor and transmission in there. It’s the ultimate recycling!”

In the end, only one manufacturer confidently asserted its claim on some real estate at the 2118 Pebble Beach Concourse, and it will probably come as no surprise. “Will our current cars be at Pebble in 100 years?” said Rolls-Royce communications manager Matthew Jones. “Yes.”