Vizzion concept is central, as are robo-cubes and even charging ’bots, but it all needs a massive push. 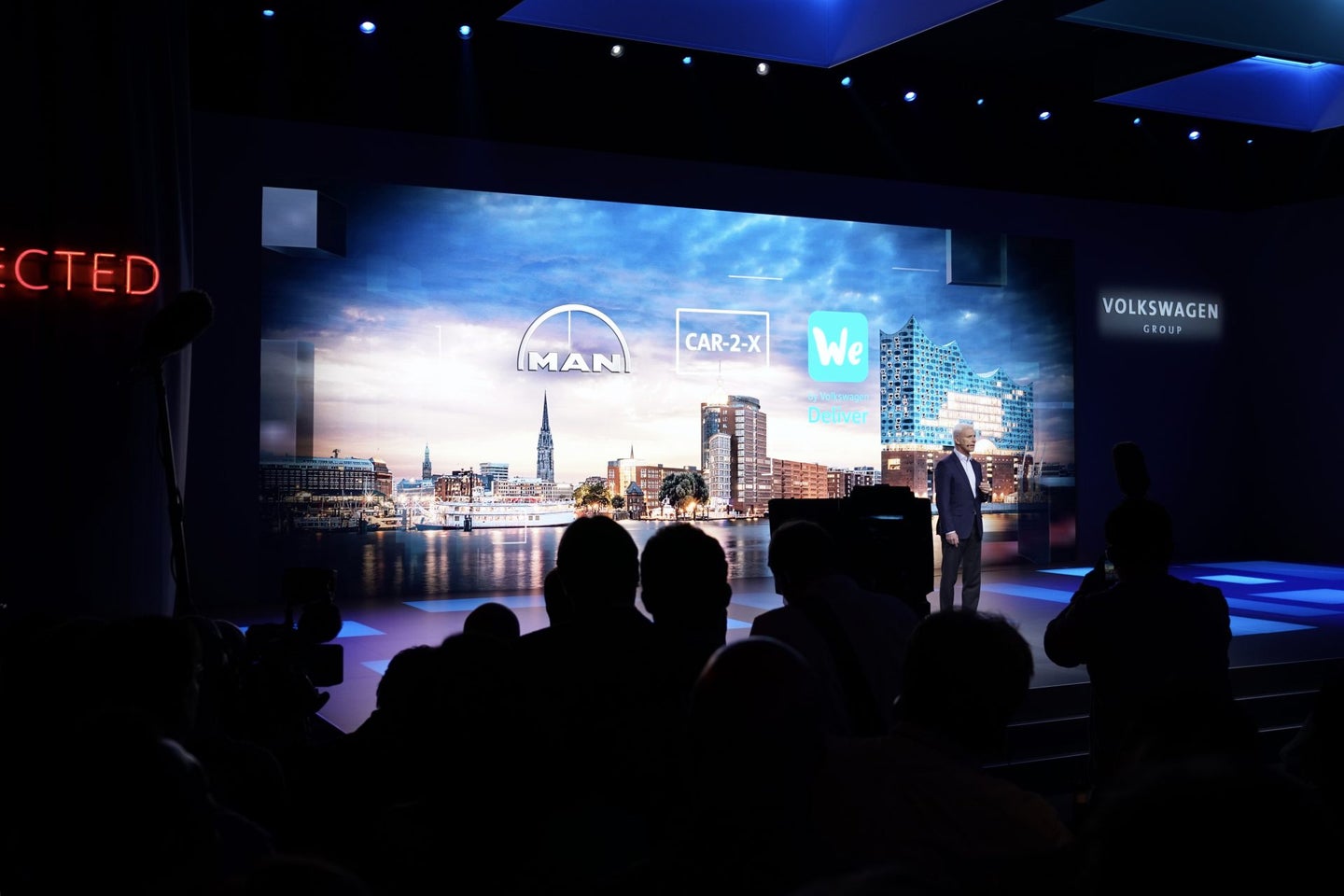 Volkswagen’s vision for the recently-teased I.D. Vizzion autonomous sedan is starting to come into focus here in Geneva, where the car was unveiled ahead of its formal presentation tomorrow. We had high hopes that its sporty, low-center-of-gravity configuration would signal some form of legitimate performance aspect—even if fully automated—but alas, the reality is somewhere just shy of that. But still highly appealing in its own right.

More importantly, though, VW described its far-reaching plan for contributing to the reinvention of mobility, within which the Vizzion plays a key part. Noting that by 2050 an additional 2.5 billion people will inhabit urban areas, CEO Matthias Müller said the company’s efforts will be centered there, in partnership with cities and municipalities. VW will invest approximately $40 billion over an undisclosed number of years in autonomy, electro-mobility, networking, and vehicle connectivity as it simultaneously pushes to make new mobility strategies appealing and comprehensible to the masses. “We need to preserve the freedom of personal mobility,” Müller said, adding that consumers will also need to let go of some of the conventions of owning and driving a car. For that reason, the engineering needs to not be its own roadblock, so to speak, to adoption of new technologies. “Human beings with needs to be at center of our thinking, not technology or engineering,” the CEO said.

Throughout the presentation, the company described a variety of products and partnerships designed to push mobility to new realms. This includes the production version of the Sedric autonomous cube as a school bus or last-mile shuttle service within a few years, and it’s partnering with autonomous taxi startup Moia to help develop its app-based car-sharing scheme, in which the smartphone program finds users heading along similar routes but at different pickup locations and groups them into autonomous rides for more efficient routings, helping to minimize congestion. It’s also working with automotive manufacturing giant Kuka, which makes factory robots and is hard at work on one that will automatically plug a charger into an EV when it pulls up. That one doesn’t quite pass the sniff test—it’s not so hard to plug in your car, certainly not to the tune of a $50,000 robot to do it for us—so some of this will certainly fall by the wayside.

But the core thrust, VW said, will be the user experience. With that in mind, the carmaker unveiled the electric, fully-autonomous I.D. Vizzion concept, in a presentation that positioned the car as a personal statement as much as a mobility tool, a way for future autonomous-car owners to get excited about what’s shaping up to be a vast ocean of robotic cubes. That’s a positive in our book, and the first time in memory that a carmaker has hinted at genuine excitement when describing an owner’s enthusiasm for an autonomous concept. 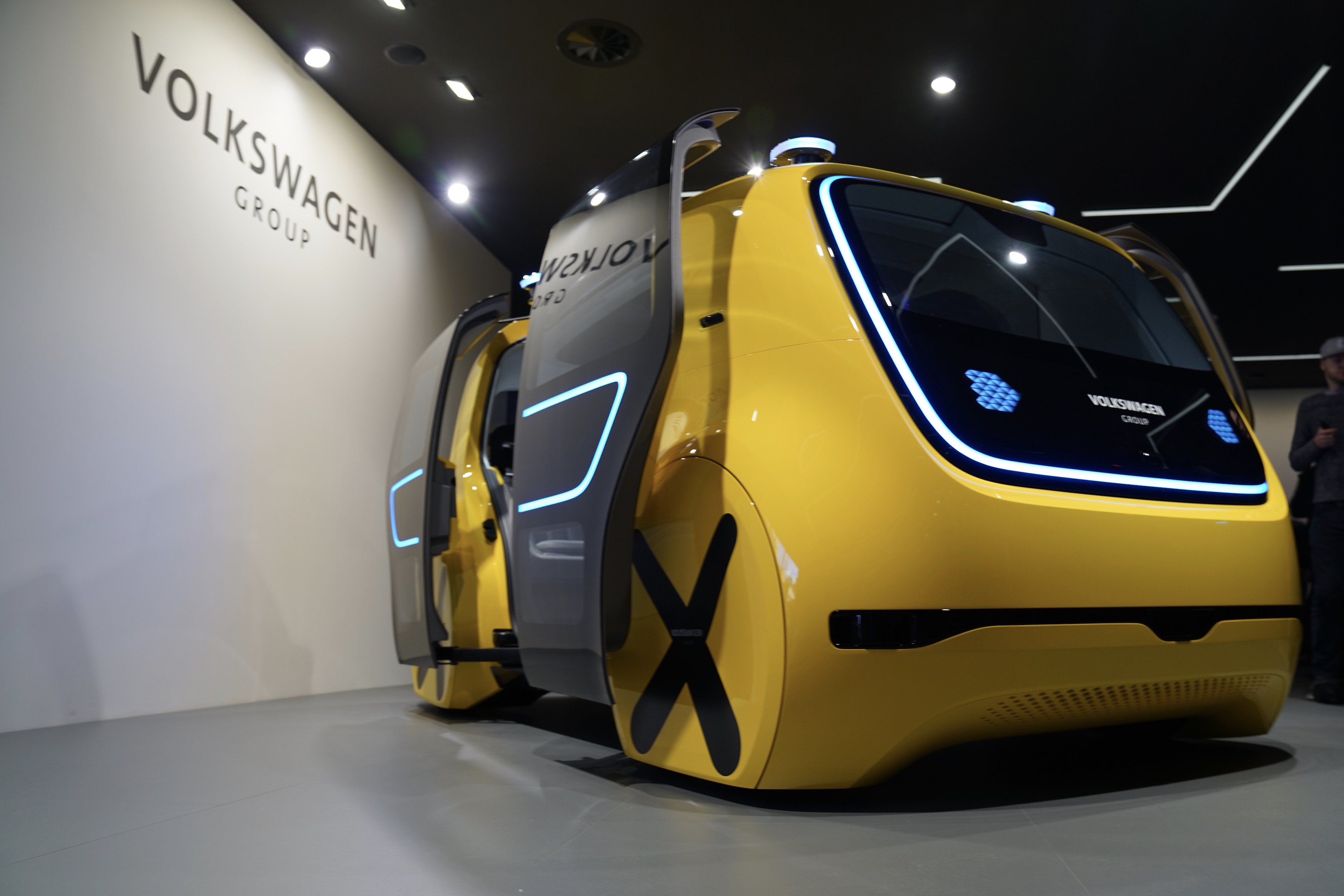 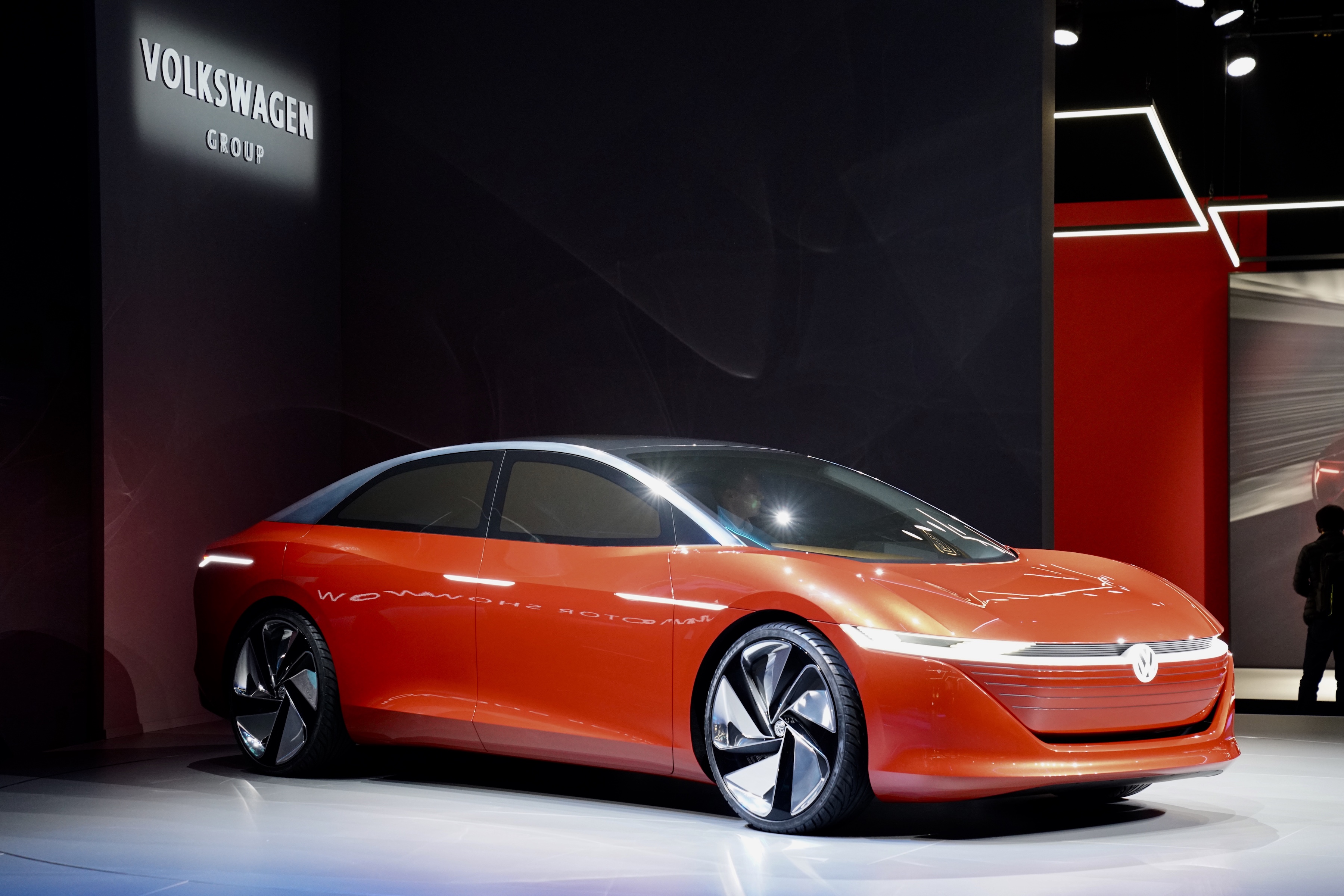 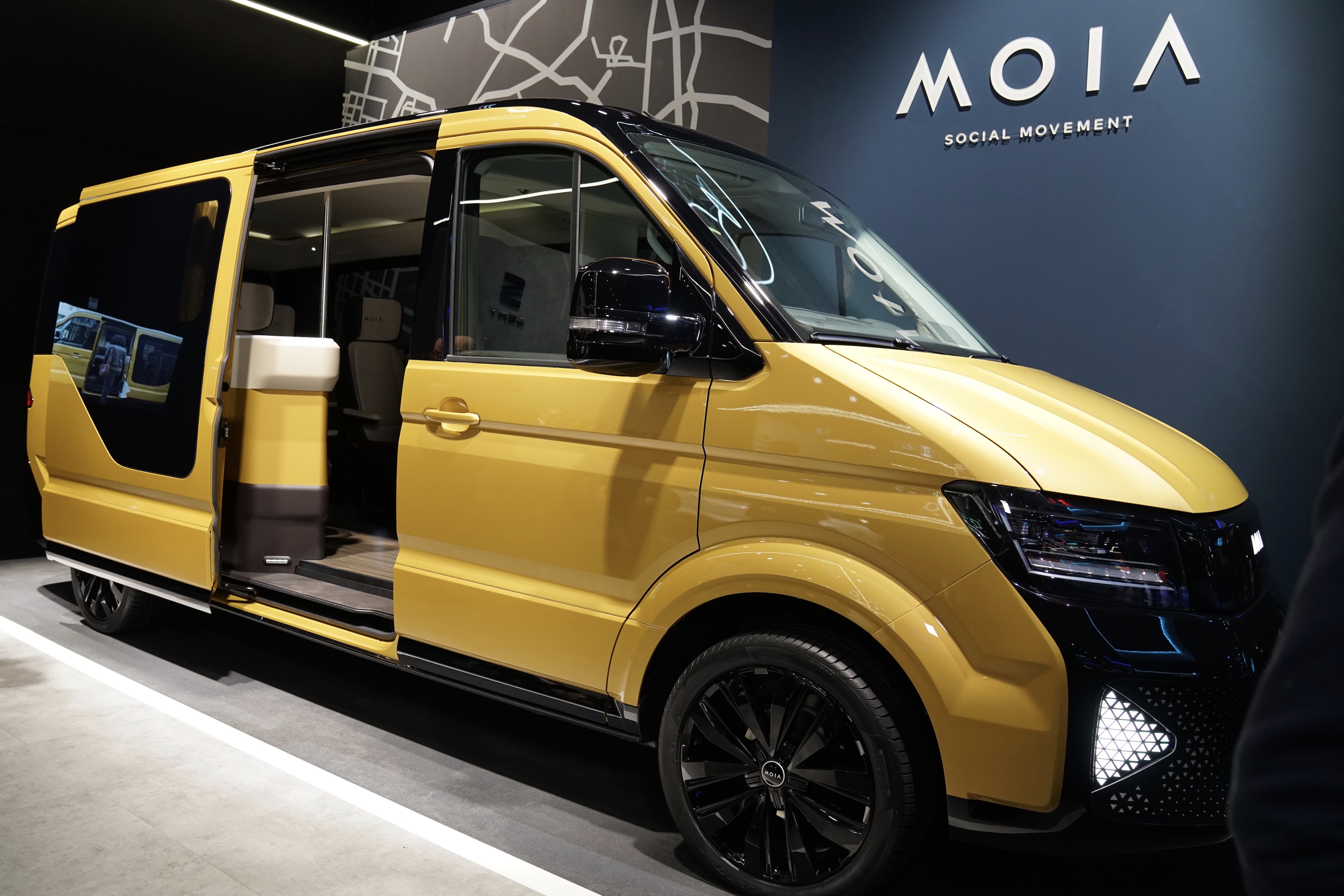 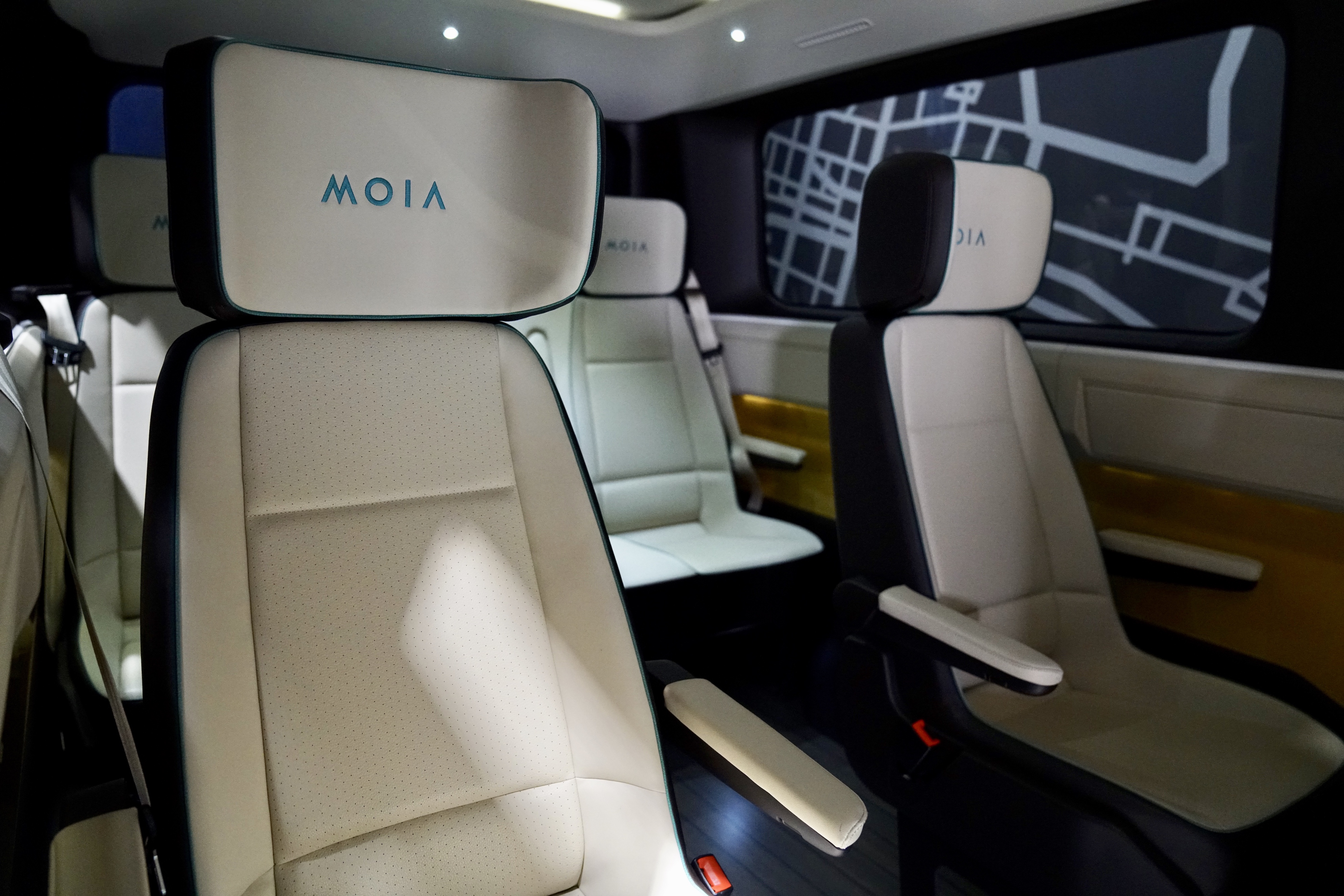 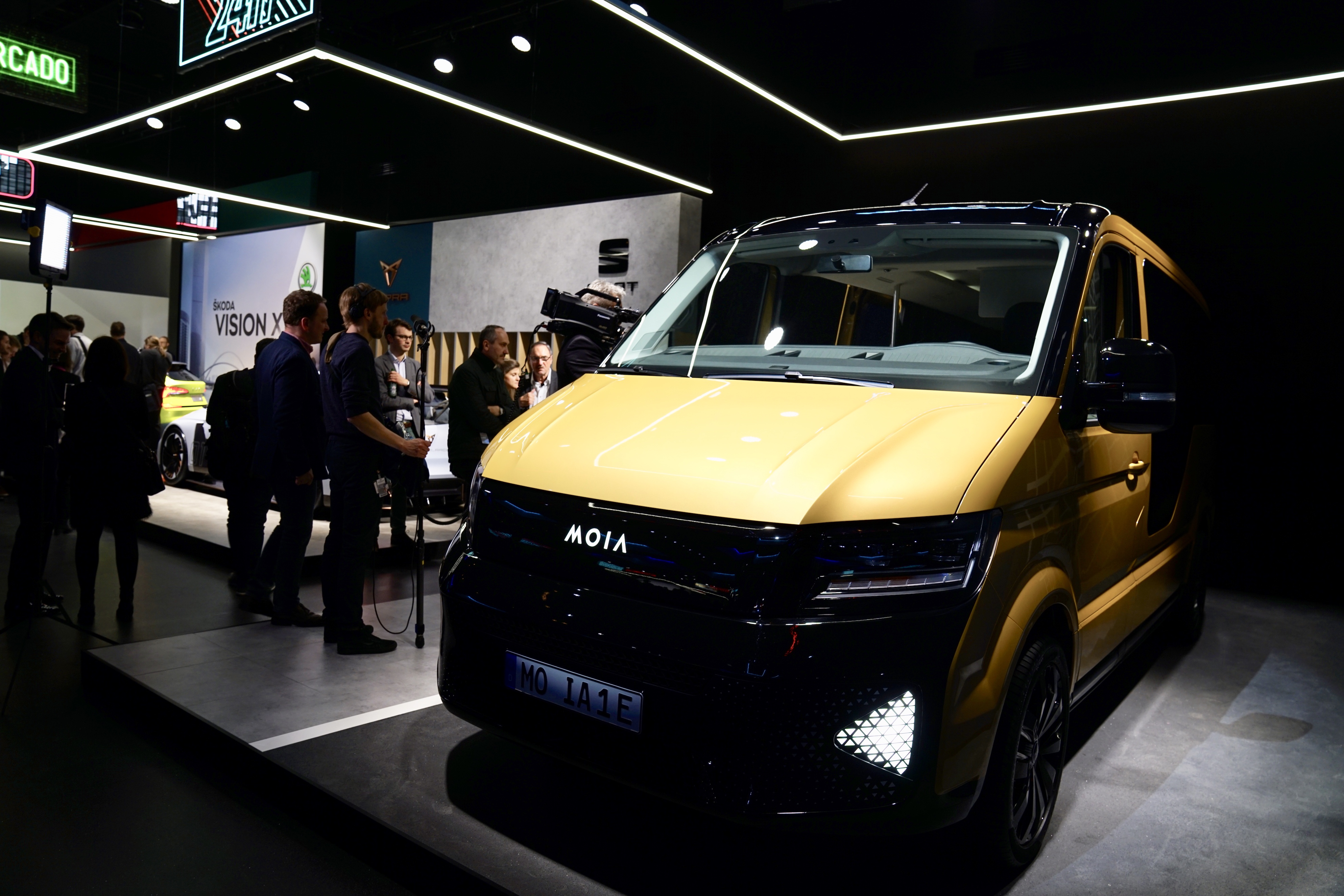 “It is the most personal, most emotional and most individualized Volkswagen of all time,”  said Herbert Diess, chairman of the board of VW’s passenger-car group. “It also shows that, even in the electric, self-driving future, we will be using desirable, expressive and individual automobiles—and not just uniform tin boxes.”

The car, which VW says will be on the road by 2022 as a conventional car with semi-autonomous capability, and fully autonomous by 2030, is based on the new module electrification toolkit (a.k.a., MEB), which is engineered to maximize internal space. The Vizzion thus has the exterior dimensions of the Passat but the interior space of the premium luxury Phaeton. (Or, since that one's discontinued, think Audi A8 instead.)

Inside, the lounge-like interior allows for a variety of modes: relaxation, entertainment, information-streaming, or work, with the seats configurable based on the mode and who’s participating in which activity. Though sporty, VW didn’t provide any performance numbers beyond a range of 400 miles and the presence of two electric motors, front and rear, for all-wheel-drive. Of course, its introduction as a manually-driven vehicle does promise a degree of actual excitement, even if the no-steering-wheel version shows up a few years later.

Even without that, though, it’s stylish and absolutely cool-looking, with streamlined shaping, dynamic LED lighting, natural materials, and, uh, shag carpeting. But hey, if it gets the kids on board, we’ll take it.