But the program will only last two weeks. 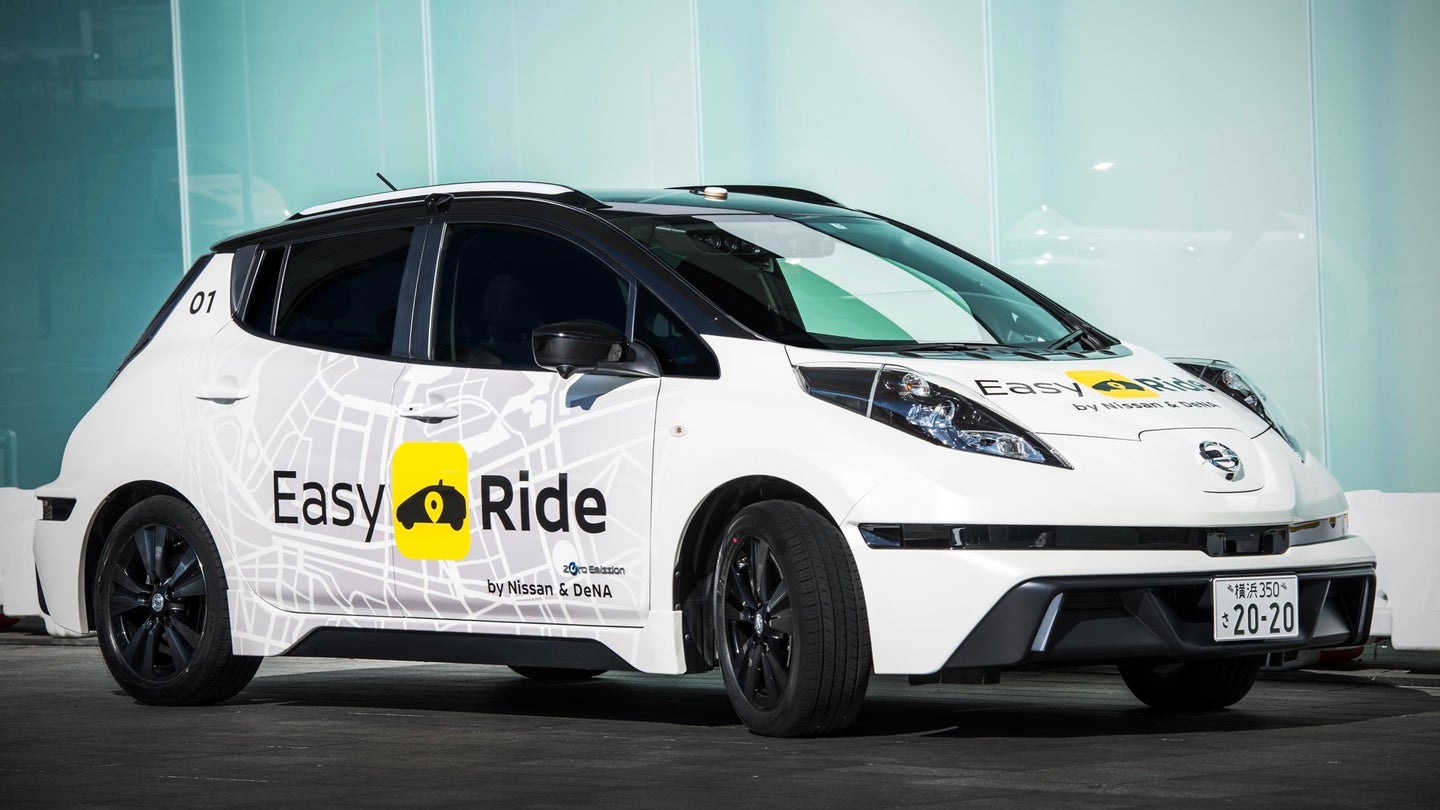 Nissan is teaming up with tech company DeNA (pronounced "D-N-A") to launch an autonomous ride-sharing pilot program in Japan. Self-driving cars will ferry select members of the public around the city of Yokohama, but only March 5-18.

The pilot program, dubbed Easy Ride, is relatively small scale, and not just because of its limited shelf life. Cars will only operate on a 2.8-mile route connecting Nissan's global headquarters and the Yokohama World Porters shopping center, in the city's Minatomirai district.

Passengers will hail rides using a dedicated smartphone app. As an incentive, Nissan will provide coupons for local retailers, which will be downloaded directly to passengers' phones. Passengers will also be asked to complete a survey about their experience. Nissan and DeNA will use the survey results to tweak the service in anticipation of future public tests.

Nissan and DeNA plan to gradually develop Easy Ride ahead of a full-scale commercial launch in the early 2020s. In the meantime, the companies will work on things like routes, vehicle distribution logic, refining the pickup/drop-off process, and making the Easy Ride app multilingual.

But when it comes to ride-sharing, Nissan is far behind tech companies like Uber and Waymo, not to mention other automakers. Both Ford and General Motors plan to launch production-ready self-driving cars over the next few years, both aimed at ride-sharing services. GM wants to operate its own service, beginning as early as next year.

Nissan still seems more interested in selling autonomous cars to the general public. Starting with the current ProPilot Assist driver-assist system, it plans to add features until production cars reach full autonomy. Ride-sharing will give other companies a more controlled way to work out the bugs of this technology, so Nissan may be taking a bigger risk.