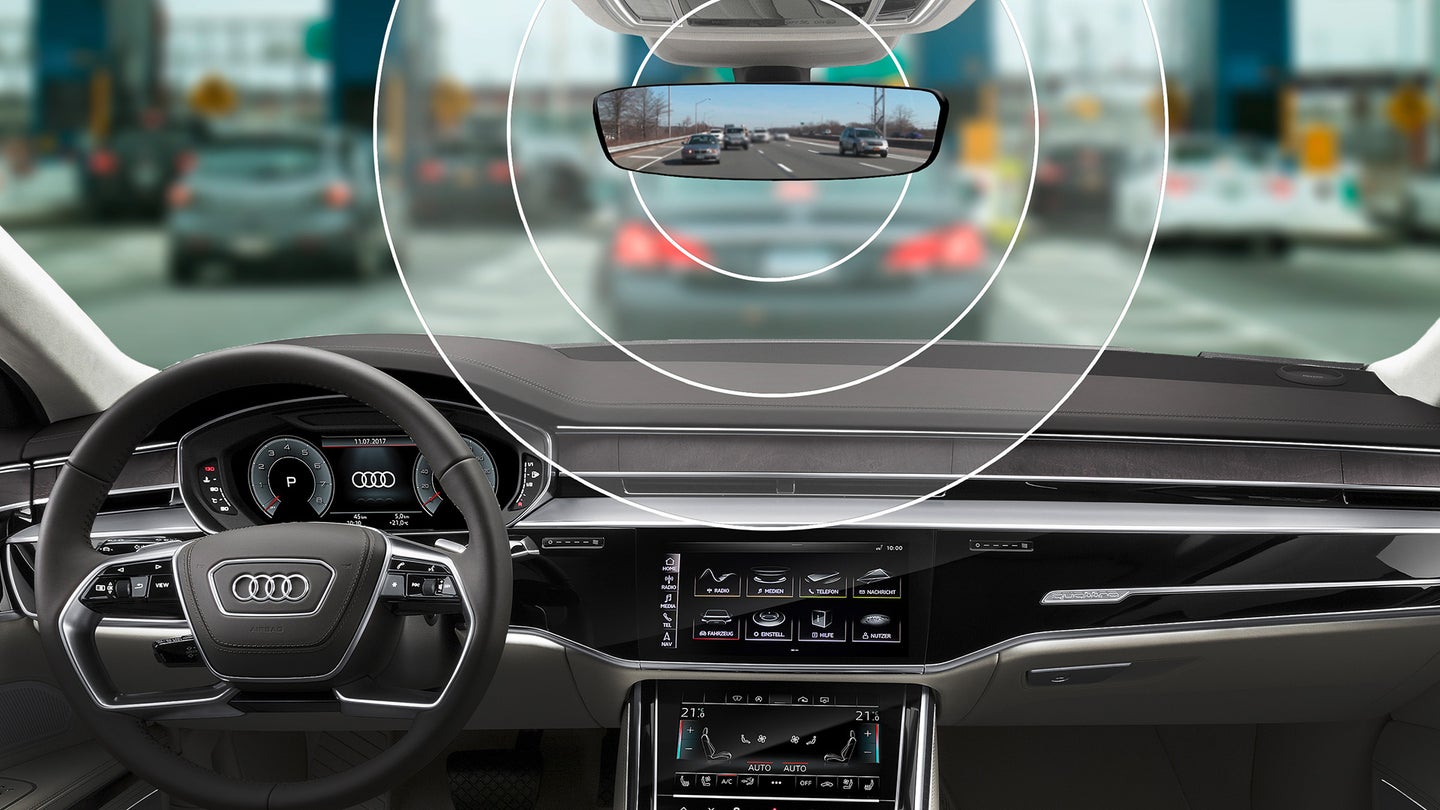 The era of hideous, Velcro-attached windshield toll transponders might finally be drawing to a close—at least if other carmakers follow Audi’s lead. The German company has announced that it will be the first to launch integrated toll payment technology in its cars, debuting the system on certain vehicles later this year in the United States.

It may not sound like a huge deal, until you consider that the chunky, glaringly-obvious toll passes used by systems like the Northeast's E-ZPass, Florida's SunPass, and California's Fastrak remain the only true, widely-used vehicle-to-infrastructure communication systems we currently have—and that, visually speaking, they’re like boils on our beautiful machines’ faces. And pulling that tech into the vehicle itself helps drivers begin to adapt to the idea of V2I technology—the looming enabler of autonomous and augmented driving—by virtue of the fact that the Audi system will let them access and tweak its functionality through the car’s infotainment system.

The integrated toll module (or ITM) will be built into the rearview mirror, and compatible with toll roads in the U.S., Canada, and Mexico. Road warriors will be able to maintain multiple accounts or national accounts, turn them on or off as needed from inside the vehicle—if, say, you want to pay cash or use a friend’s transponder on a road trip—and change the car’s occupant settings when using high-occupancy transit lanes. Thankfully, this also transfers the control of the transponder and account to the owner, rather than it being a dumb box programmed entirely by the agency that provided it. However it does also make it harder to switch vehicles if you typically use the same transponder in multiple cars—though that’s likely a relatively small segment of owners.

This is the second major V2I system Audi has rolled out in roughly the last year. The carmaker's Traffic Light Information system enables cars to receive real-time traffic signal information through an onboard cellular data connection, thus making it able to display a countdown to a changing light on the instrument cluster. The company says this reduces stress and allows drivers to relax by knowing how much more time they’ll need to count on sitting at the light. Future adaptations of this tech will permit improved navigation routing and speed recommendations that will help drivers hit green lights in uninterrupted sequences.

Other manufacturers are also working on V2I systems, with Mercedes-Benz the closest behind. The technology's rollout will likely be complex and protracted, however, since the systems need to be enabled across all sorts of manufacturers and integrated into various municipal infrastructure systems with any degree of consistency—in other words, it needs to be an all-or-nothing proposition on both sides. So we’ll applaud any innovation that brings us even a hair closer to that future of seamless mobility...especially if it means we can kick those ugly E-ZPass transponders to the curb.