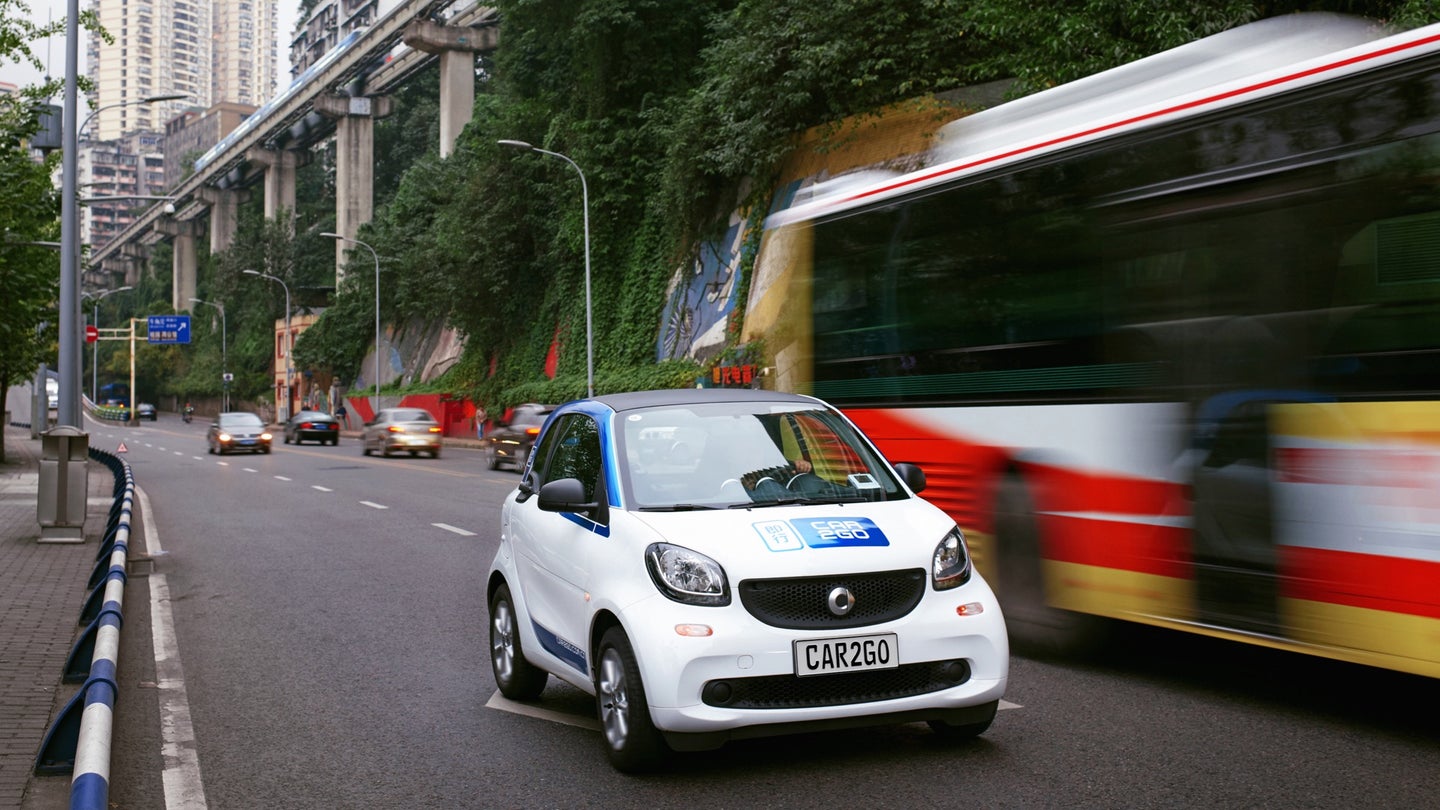 BMW and Daimler compete not only in car sales, but with dueling car-sharing services. BMW has DriveNow (and a U.S. version, ReachNow) and Daimler has Car2Go. But could these rival services become one?

Erich Sixt, CEO of rental company and DriveNow partner Sixt, hinted in comments to Reuters that the two automakers may in fact be in talks to combine DriveNow and Car2Go. The move is reportedly aimed at helping the car-sharing services better compete against ride-sharing services like Uber and Lyft.

"At the last press conference I made clear that we are not involved," Sixt said regarding a possible merger of the Daimler and BMW services. "Today I can only say 'no comment.' This is of course a slightly different statement from the last one. Why things are dragging on is not down to us."

Both Car2Go and DriveNow offer short-term car rentals in urban areas. Car-sharing services are generally cheaper than traditional rental cars and more convenient, since drivers pick up and drop off cars at strategically-designated spots in city neighborhoods instead of going to a central lot.

But while car sharing makes driving more convenient, ride-sharing doesn't require people to drive at all. Car sharing was previously viewed as the ultimate alternative to car ownership, but ride-sharing services like Uber and Lyft have largely stolen its thunder. BMW and Daimler may see combining forces as a necessary step to combating this threat to their businesses.

Both car- and ride-sharing present a threat to automakers...but also offer an opportunity. They provide alternatives to car ownership, hurting automakers' traditional business. But if automakers can become big players in the sharing economy, it could provide them with new opportunities to make money.