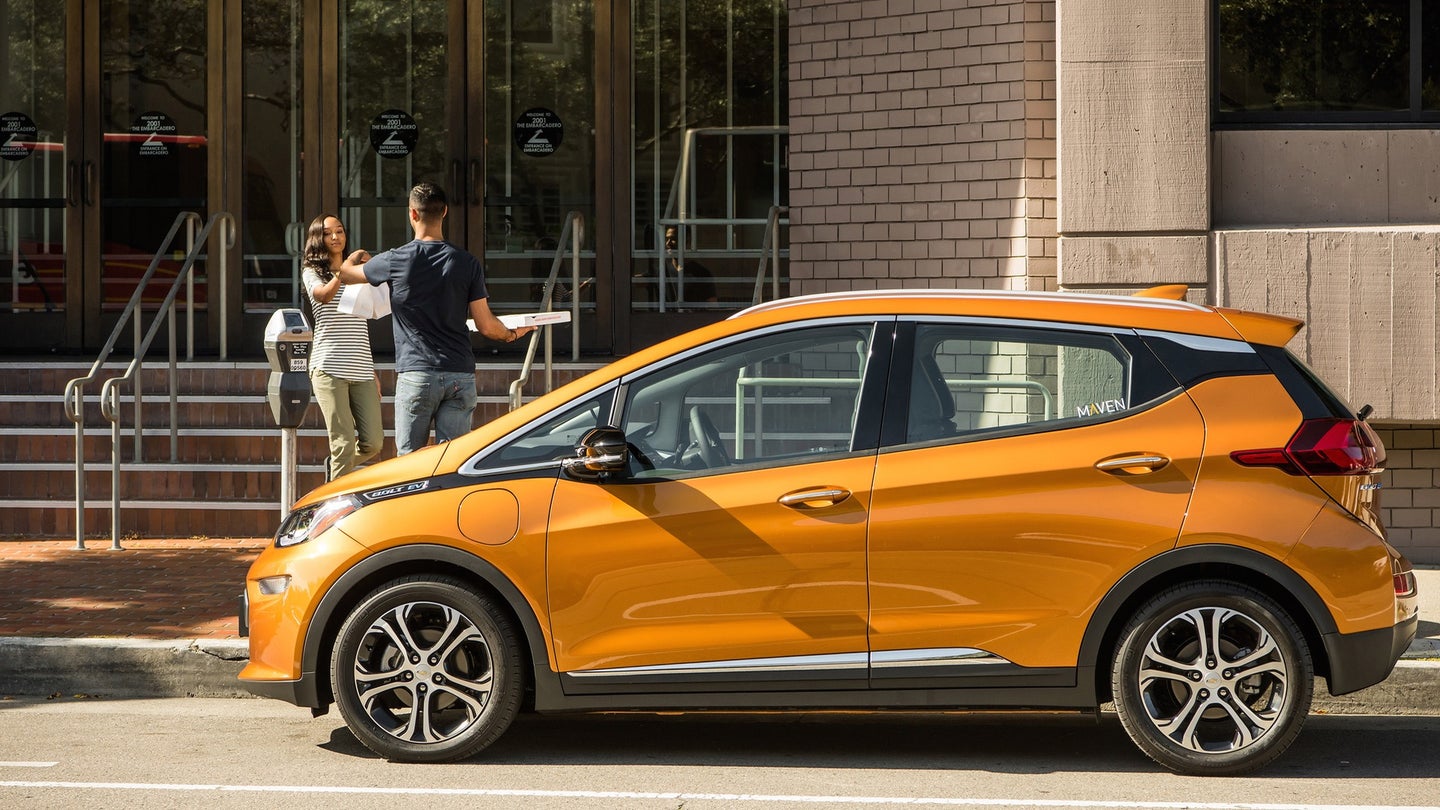 General Motors's Maven division currently offers car-sharing services and low-cost rentals to Uber, Lyft, and other freelance drivers in certain U.S. cities. But GM may have bigger plans for Maven. The company may be considering whether to push Maven into the ride-sharing game, reports Reuters.

But that would mean competing with Uber and Lyft, whose drivers lease or rent thousands of GM vehicles. GM also owns a 9 percent stake in Lyft. It could prove to be a challenging but necessary step in a future many analysts believe will be dominated by sharing services.

Asked by Reuters if GM plans to create its own ride-sharing service, Maven boss Julia Steyn said, "You're on the right track. We are building this out step by step."

Maven initially focused on car sharing, but then moved into low-cost rentals for Lyft, and subsequently Uber, drivers. This effort picked up momentum with the launch of Maven Gig earlier this year. Gig offers rentals to Uber and Lyft drivers, as well as freelance drivers for other services, including GrubHub, Instacart, Roadie, and HopSkipDrive.

Working with those different services is providing GM with valuable experience and data, Peter Kosak, the automaker's executive director of urban mobility, told Reuters. He said that will help "to accelerate our deployment [and] learning" in new services.

Although it may risk alienating existing partners, it makes sense for GM to move into ride sharing. The growth of ride sharing is expected to erode traditional new car sales, which has led GM and other automakers to pursue various mobility-service projects as a backup plan. By running its own ride-sharing service, GM would have an advantage over companies like Uber and Lyft because it already builds cars.

The importance of ride sharing could accelerate with the arrival of autonomous driving, a technology GM is also developing. Intel recently predicted that self-driving cars could generate $7 trillion in revenue a year by 2050, largely through ride-sharing. That's because eliminating human drivers cuts a major cost for that industry, while autonomous driving allows cars to be on the road and generating revenue more often.

GM's future may very well involve it becoming more than just an automaker—but to do that, it will have to learn a completely new business, as well as compete with rivals that already have a major head start.