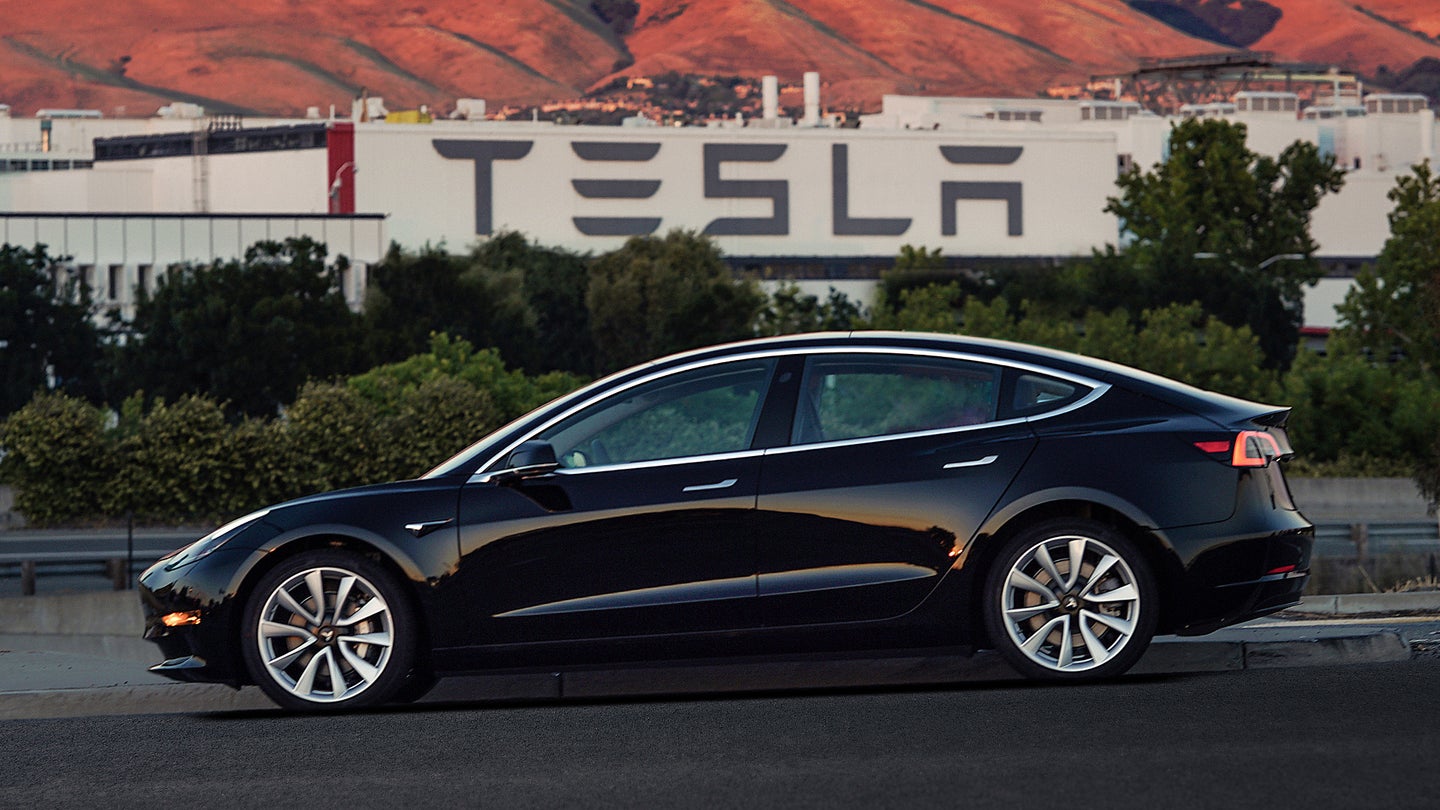 Now that the first Tesla Model 3 has rolled off the assembly line in Fremont, some of the hundreds of thousands of people who put down $1,000 deposits for their promised "electric car for the masses" are starting to feel a little anxious.

Tesla CEO Elon Musk is scheduled to preside over a "handover party" on Friday that will see the first thirty Model 3s delivered to those lucky enough to be at the front of a very, very long line for the entry-level EV. And if the automotive press is hoping that Musk will reveal more concrete information about the car at the event, that's nothing compared to the way some deposit holders feel about the relative radio silence from the company since they parted with their hard-earned cash.

Bloomberg spoke to several would-be Tesla Model 3 buyers about the situation, and all of them are appealing to Tesla and Musk for more details about both the car and the production schedule. A 34-year-old business consultant in Virginia told the outlet that the company's silence makes him "100 percent more nervous" about the process and he wants to know more about the planned features and options down the line. All Musk has said on that front so far is the Model 3 will initially come with a very limited spec sheet to help speed up production.

Another woman in Sacramento, California said she might cancel her Model 3 reservation if she can't get the car by the end of the year, adding that she thought Tesla would have updated deposit-holders on their place in line by this point. She estimates she's in the "first couple hundred thousand," which means she definitely won't be getting her Model 3 by December 31 according to Musk's projected production timeline.

Still another would-be buyer ended up canceling her reservation when the single-screen dashboard layout was announced, and one man admitted to getting "swept up" in the excitement when the deposit system was announced and pulled his spot over Musk's participation in President Donald Trump's business advisory councils.

Other than that "Christmas Eve" feeling, as Apple CEO Tim Cook described his company's lack of solid updates on their own car project, there's a big financial reason why all these buyers want to know where they stand in line, and what exactly they're paying for. Right now, the federal government offers buyers a $7,500 tax credit on each of the first 200,000 electric vehicles an automaker sells. According to Bloomberg, Tesla will likely cross that line by the middle of next year given their ambitious plans to expand Model 3 production.

When that happens, the window for a cheap electric car begins to slam shut - the tax break is halved for buyers after that point for another six months, then halved again for six more months, at which point it goes away entirely. The last time Tesla gave a public update on the deposit count was early last spring, at which point around 373,000 people had signed on. Even if only half as many people put money down in the last twelve months, that's still over half a million would-be buyers, most of whom are unlikely to receive the full tax credit, and some of whom won't receive it at all.