Waze has become the killer app of automobiles, the most indispensable navigation tool since the folding map. The Google-owned Waze rides shotgun with roughly 80 million global users, who log more than 6 billion miles each month.  But the app has also been responsible for more one-handed driving than McDonald’s, as drivers peek at smartphones and prep for that left turn in 300 yards. (Only Uber drivers and minivan pilots stick those dorky phone cradles on their windshields).

But on or around July 26, Waze will make its long-awaited appearance on the Big Screen of automobiles, with Waze for Android Auto. Users in 185 countries will salute. Now get those hands back on the wheel.

Waze is set to go live on the Google Play Store, following about two months of beta testing from roughly 5,000 volunteers. Chevrolet invited me to play guinea pig as well, taking a spin with the more safely-integrated Waze in a Cruze hatchback in New York. With Waze running on a USB-connected Android phone, the Cruze’s center touchscreen flashed the hallmarks of any Android Auto app: Larger touch targets, a simplified user interface and voice-centric commands, all designed to reduce driver distraction.

The vast majority of those drivers will simply be substituting Waze directions for their car’s own travel advice. That’s because most cars with Android Auto (or Apple CarPlay) compatibility also have an extra-cost, in-dash navigation system. Thanks to the ubiquity of smartphones, automakers have been forced to share their digital ecosystem with Google and Apple. But they’re not about to cede the space entirely, along with its potential treasure trove of user data, in-car advertising and profits. Nearly every manufacturer takes the Love and Marriage approach to a nav-compatible display screen and a pricey, in-dash navigation system: You can’t have one without the other.

Yet Waze users, despite their palm-sized smartphone screens, enjoy major advantages over often-clunky onboard systems. Virtually no embedded nav systems allow map or systems updates over-the-air. (The 2018 Honda Odyssey, via its slick Android-based infotainment system, is one exception). Several in-car units suffer from haphazard street labeling or hard-to-follow directions. Most critically, onboard systems have far less ability to access real-time traffic data and reliably show you the fastest route, or accurately predict your driving time. Which is why I almost always rely on Waze and its crowd-sourced and (mostly) rock-solid traffic data, over even the better in-car navigation units.

So how did my trial run go? I found Waze for Android Auto to be both helpful and a work-in-progress. Finding and inputting destinations on the Chevy’s screen was a breeze, whether via voice by pushing the familiar Google microphone icon; or with an onscreen keyboard that appears only when the car is stopped. The system also lets you toggle between various Waze and Google map views, or log those invaluable crowd-sourced reports on accidents, construction or radar-gunning police to warn fellow Wazers. Get into the stop-and-go stuff, and you’ll see the familiar, thermometer-like Traffic Bar with a graphical countdown that estimates how long you’ll be stuck in traffic.

Yet Waze for Android Auto also suffered hiccups and glitches during my one-day trial. The voice command button on the Cruze’s steering wheel, which was supposed to be integrated with the app, didn’t work at all. Pressing the button only offered me voice options from in-car navigation and systems.

In another glitch, Waze instantly found major, yet faraway destinations such as Detroit and Cleveland via voice commands. But it consistently failed to load routes to those destinations, freezing up as a search icon spun onscreen. Yet when I stopped and typed in the city names, or the name of a specific restaurant in Detroit, it nailed the routes within seconds.

On the upside, the Cruze’s smallish center screen displayed Waze maps and directions with pleasing color and clarity; I can only imagine how good they will look on a larger screen.

Directions were far easier to follow on the car’s screen, as opposed to constantly glancing at a tiny phone display. Voice prompts for upcoming turns are timely, but not repetitive and overbearing as in some car systems.

For GM cars, and other models with built-in cellular connections, Wazers can choose to use subscription data plans that come with their cars, and conserve their phone data. Nearly every GM model has built-in 4G LTE compatibility, and the company recently launched an unlimited AT&T data plan for $20 a month.

Knowing Google and Waze, the wrinkles will be ironed out quickly. Unlike buggy in-car systems – such as Ford’s notorious, Microsoft-developed Sync infotainment unit -- developers can upgrade phone apps nearly as quickly as users can download a new version. Indeed, Vijay Iyer, communications director for GM’s Global Connected Consumer Experience, said that Waze had already fixed the issue with the Cruze’s steering-wheel button, just days after my test.

My biggest beef with Android Auto in general (and the rival Apple CarPlay) is that the apps are dumbed-down versions of ones already on your phone, with fewer features and less functionality. That’s in the interest of safety, to keep things simple and less distracting. But for some users, it’s hard to avoid the temptation to use the fully featured app that’s already second nature.

While Waze guides users on their daily rounds, Google is also collecting reams of data on their travel and habits. The direct link to the automobile, via Android Auto, opens up vast new possibilities of data collection. That includes information on not just the car’s GPS coordinates, but its various systems, from its fuel level to its speed to whether windshield wipers are switched on. Google has emphasized that Android Auto data will only be used to improve the customer experience, though that could eventually include targeted in-car advertising. Low on fuel? That needle on “E” could prompt a pop-up ad for the nearest gas station, just as some in-car systems currently feature real-time fuel prices and locations.

Jens Baron, Waze’s product leader for in-car applications, says that phone-based apps dovetail with a future of car- and ride sharing. Personal information – from saved destinations to contacts, music and media – follows you from car to car.

Iyer points to GM’s short-term Maven car sharing service as one model. With phone apps, he says, “You can basically make the car your own for an hour, or a week,” without having to own it or be familiar with its onboard systems or quirks.

As for Android and Apple muscling their way into the automotive space, Iyer says, “We don’t see it as competition. We see it as an opportunity to create more engagement with customers.”

Many older drivers, along with luxury-car buyers, still tend to favor traditional embedded systems, Iyer says. Phone-based apps, he said, may be ideal for entry-level vehicles or customers in markets that prefer fewer bells and whistles onboard.

“It’s about giving different customers the ability to bring their digital lives into the vehicle,” Iyer says. 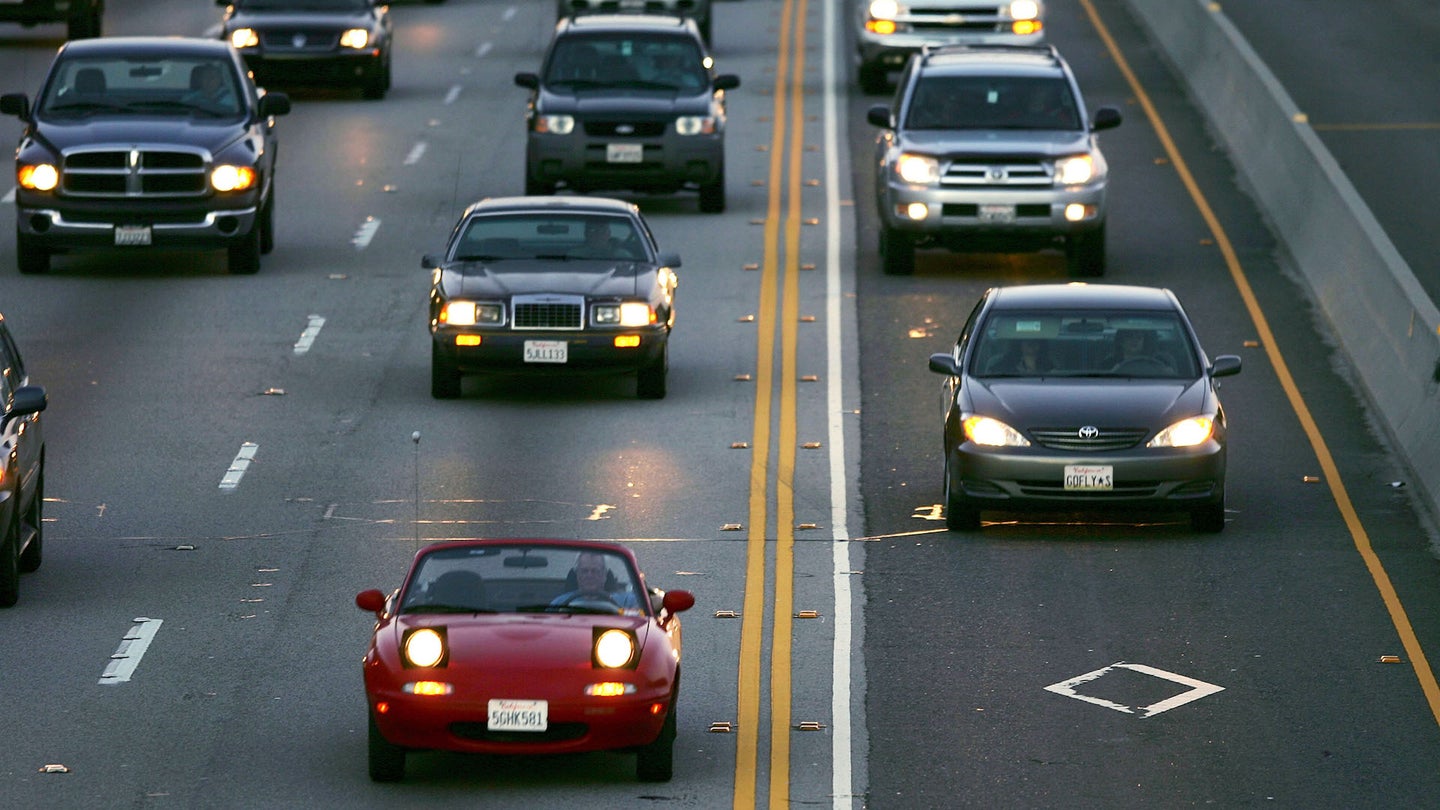 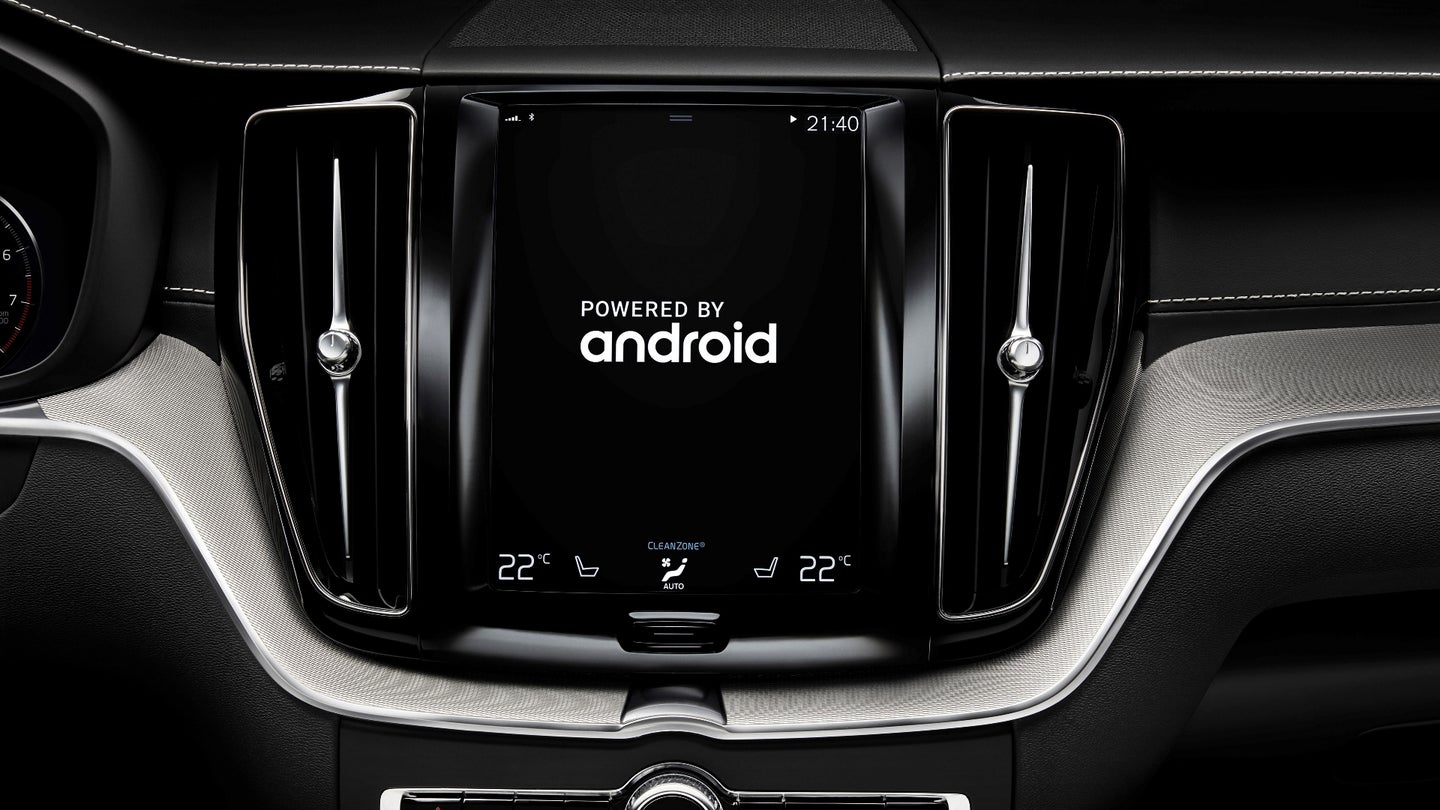 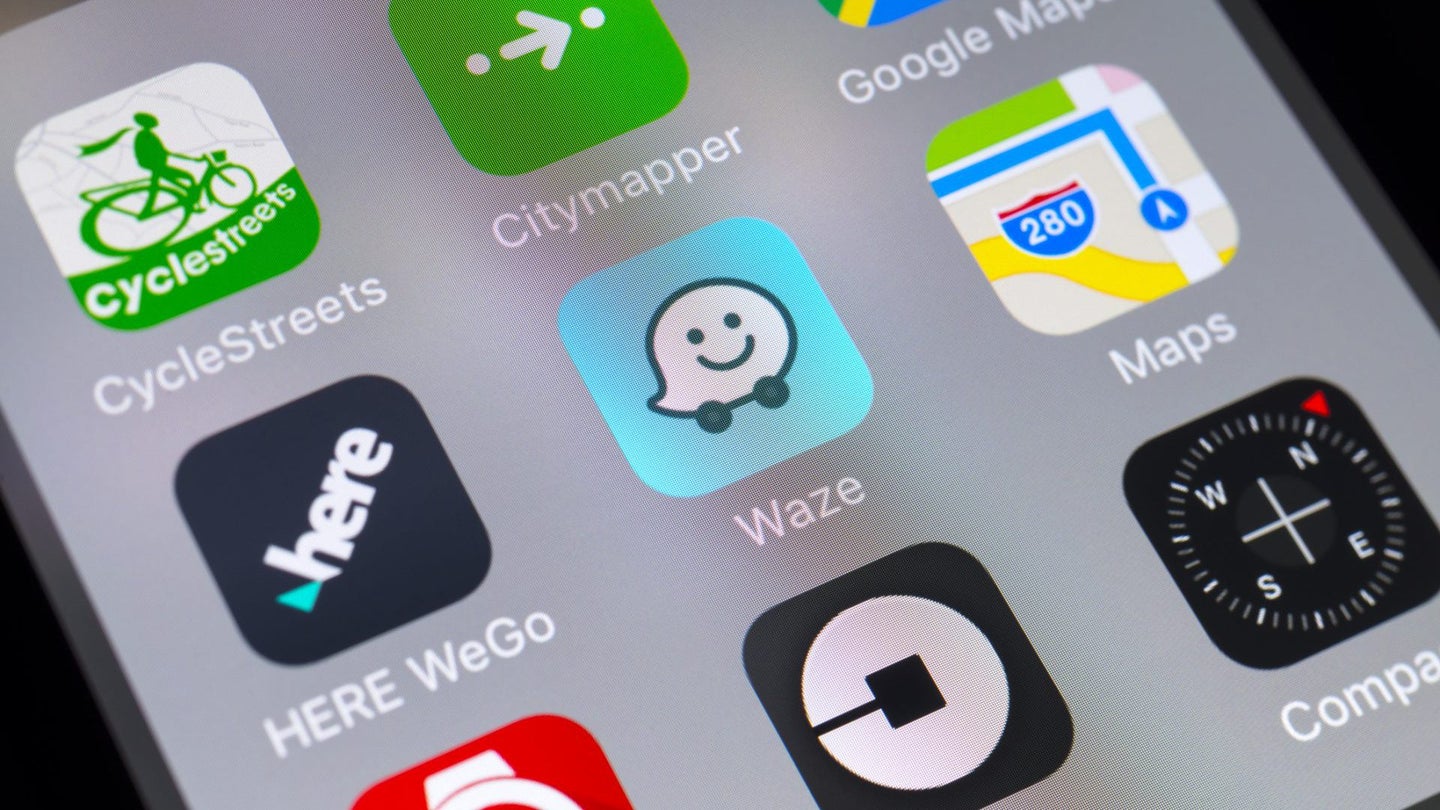 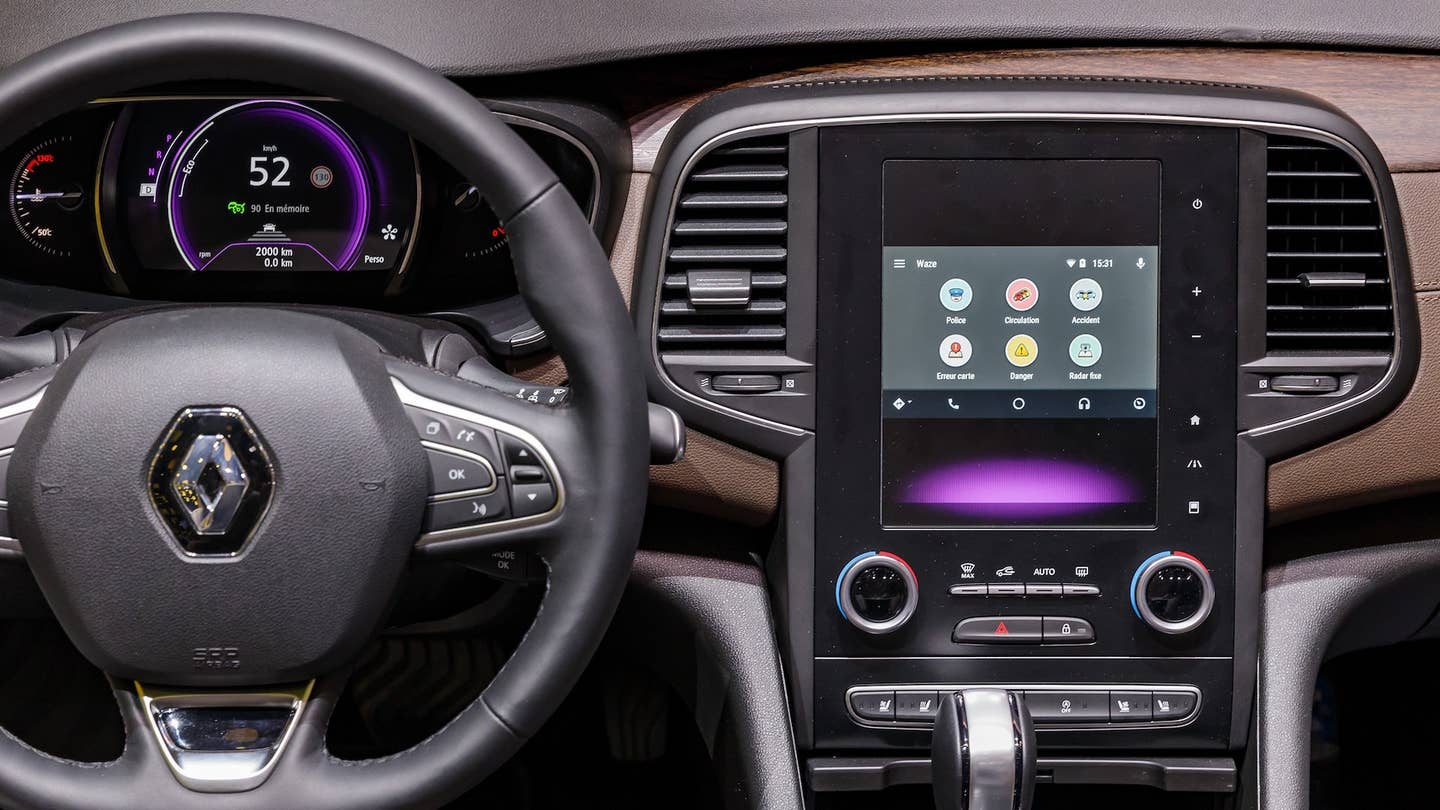 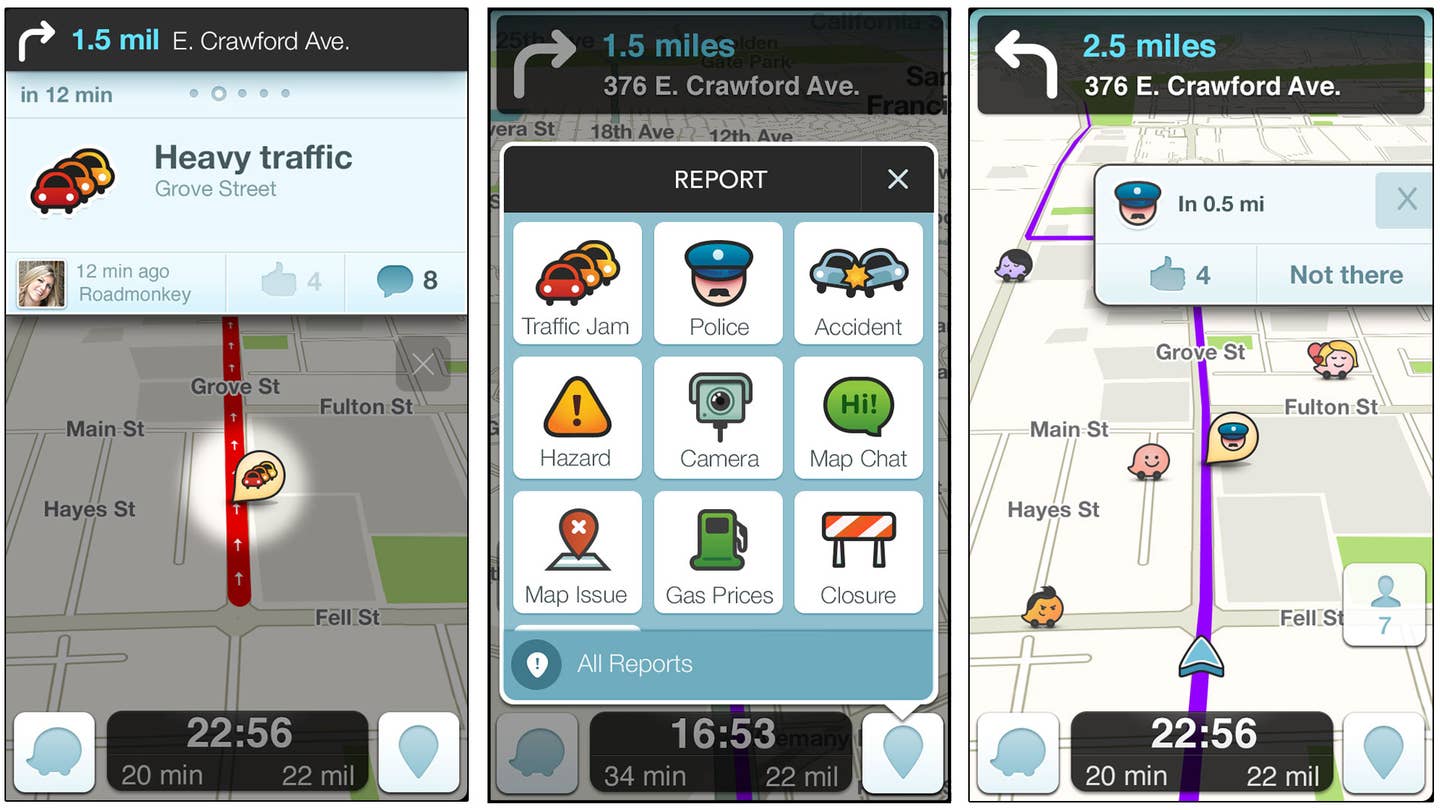