Uber's self-driving trucks just got a new suite of sensors. 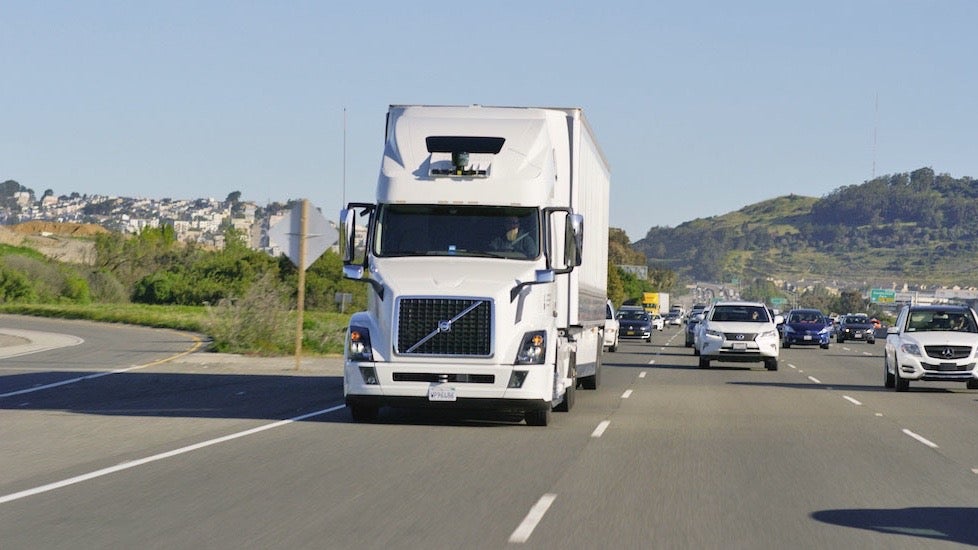 Uber is rolling out what it considers its second generation of prototype autonomous trucks, according to Engadget. The trucks feature a new suite of sensors, including a 64-channel Lidar unit from Velodyne. Uber previously used Lidar units of its own design, rather than off-the-shelf units like this one.

Uber claims the switch to the Velodyne unit simply made sense from a technical standpoint, but using a third-party component also helps Uber distance itself from accusations that it stole lidar tech from Waymo, the former Google self-driving car project. Way filed a lawsuit against Uber in February over alleged theft of intellectual property relating directly to the self-driving truck project.

The nucleus of that project was a startup called Otto co-founded by Anthony Levandowski, a former Waymo employee, and purchased by Uber in August 2016. Waymo accuses Levandowski of downloading 14,000 confidential files, and passing that information along to Uber, but the ride-sharing company denies making use of any Waymo data. Levandowski held a prominent position in Uber's self-driving car program, but was fired for not cooperating with Uber's efforts to fight the lawsuit.

Uber's self-driving trucks are now completely devoid of Otto branding, due to a copyright dispute with Canada's Otto Motors. Uber now refers to the division solely as part of its Advanced Technology Group (ATG).

Uber plans to test its upgraded trucks in and around San Francisco, which may present another problem. California does not allow testing of autonomous vehicles weighing more than 10,000 pounds on public roads, and Uber has already been investigated by the California DMV over a possible violation of this rule.

The company previously said that the trucks it deployed on California roads weren't operating in autonomous mode. But Uber ATG trucks product manager Alden Woodrow told Engadget the company believes its upgraded trucks qualify as Level 2 autonomous vehicles, similar to Tesla electric cars running on Autopilot, and thus don't require special testing permits. The California DMV will have to weigh in on that one.

Beside the lawsuit hanging over it, Uber faces other major challenges in developing autonomous trucks. That includes competition from companies like Waymo and Amazon, both of which have expressed interest in self-driving trucks. But all of these companies face significant regulatory hurdles. Given the more heavily-regulated nature of the trucking industry, self-driving trucks could be subject to even more red tape than self-driving cars.