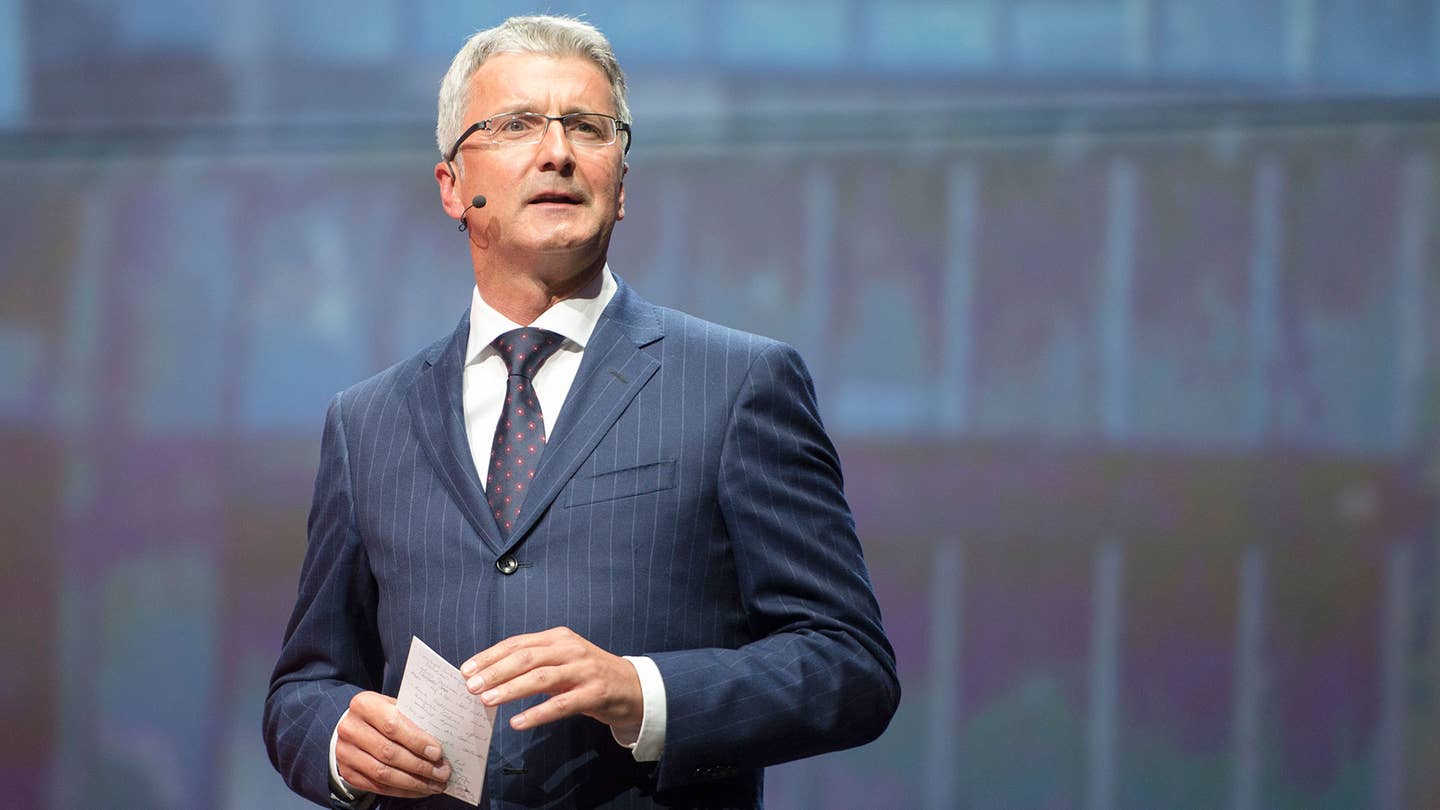 As chairman of Audi AG, Rupert Stadler must be feeling the heat—or smelling the fumes—from the diesel emissions scandal that has seen Volkswagen and Audi TDI models mothballed in U.S. showrooms. That’s true even if the Audi brand has largely avoided being tarred with the dirty-diesel brush that has blackened the reputation of its VW parent company. Audi R&D chief Ulrich Hackenberg has been the latest high-ranking casualty in the widening scandal, following VW chairman Martin Winterkorn.

In Barcelona for the Smart Cities Expo, as urban planners offered their visions of an urban future, Stadler was direct on Audi’s own long-range vision: Electricity, not diesel, is the fuel of the future for Audi and the global industry.

“CO2 neutral mobility will be a fact. It’s only a matter of time,” Stadler said.

Like VW, Audi has enthusiastically pushed the benefits of TDI tech on models including the Q7, A3 and A4. At the same time, it plans to introduce a version of its purely electric E-tron Concept by 2018, along with plug-in hybrids including a version of the A3 in 2016. Asked by The Drive to clarify Audi’s mixed signals on technology, Stadler came down firmly in the electric camp.

“It could be electric cars with a big jump in battery range, or fuel cells,” Stadler said. “But [electric cars] will come to the premium segment and to smart mobility in the cities.”

As with any fossil fuel, diesel will continue to struggle to meet increasingly stringent regulations on emissions, from smog-forming, respiratory-clogging nitrogen oxides to the C02 linked to global climate change. Those imperatives were writ especially large in Barcelona, where Audi unveiled its latest Urban Future Initiatives to address the transportation challenges of tomorrow’s megacities.

Audi’s vision includes fleets of time-shared Audis—think deluxe Zipcars—making their autonomous way through cities and parking themselves in fully automated lots. Stadler acknowledged that many urban-future goals suggest a sharp reduction in cars or owners. But he insisted that efficient personal mobility isn’t at odds with Audi’s business of selling as many expensive cars to as many customers as possible. Of $24 billion in investment over the next five years, a good 70 percent will go toward developing new models and technology, he said.

“Society still wants to differentiate itself. No one wants to live in a standardized flat, or have the same phone,” Stadler said. “Audi will build a full range of cars, of every size, price and purpose.”

But reading the Deutsche on the wall, those city-dwelling Audis will flaunt an electrical socket, not a TDI badge.