After scoring a testing permit, Audi wasted no time bringing an autonomous car to the Empire State. 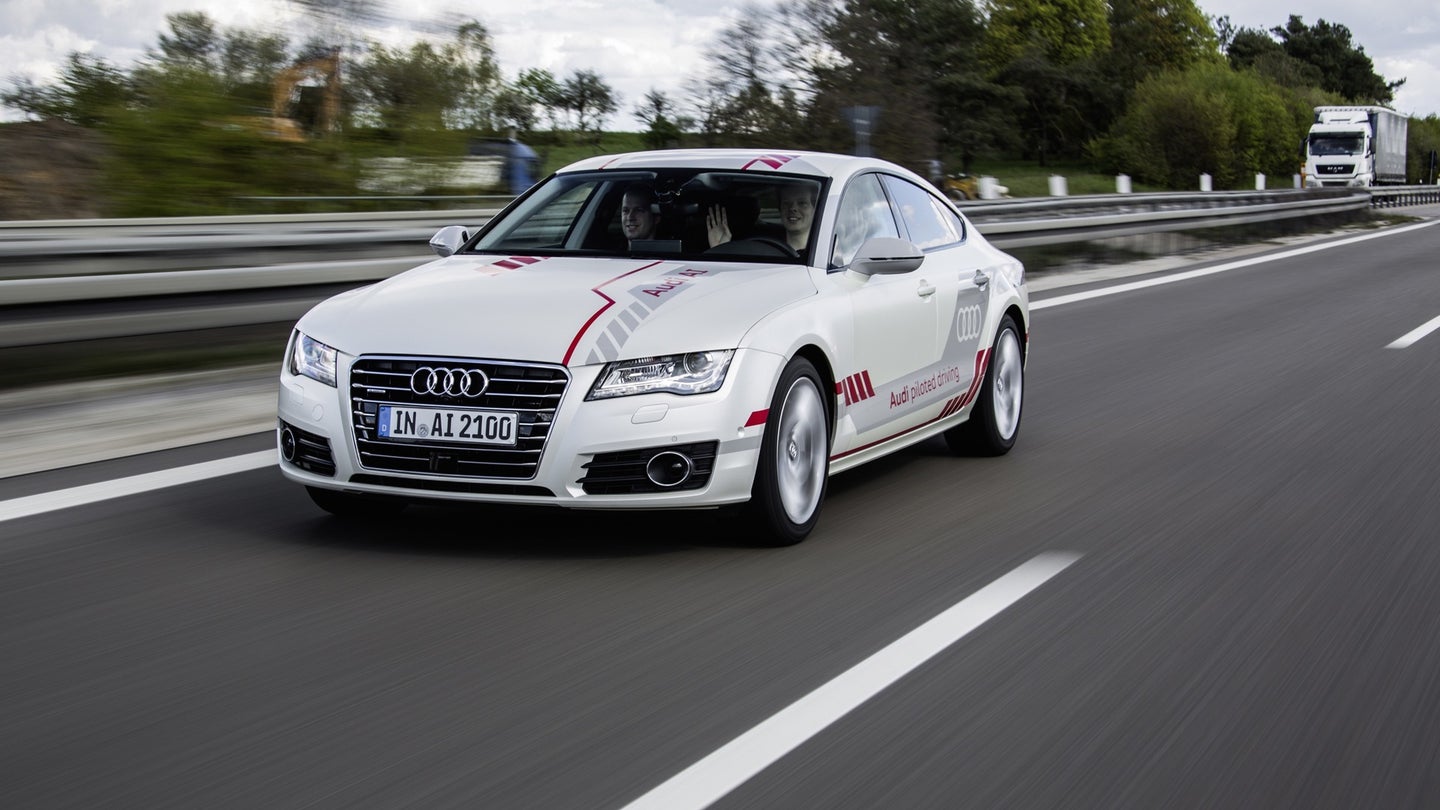 New York State recently legalized the testing of self-driving cars on public roads, with Audi being the first company granted a permit—and the German automaker wasted no time bringing its first autonomous car to New York. Audi recently brought a self-driving A7 prototype to the state capital of Albany to give demonstration rides to legislators and their staffs, plus members of the media and other stakeholders.

Audi claims to be the first company to demonstrate a self-driving car in New York. The demonstrations are also a prelude to what will likely be a larger-scale autonomous-car testing program in the Empire State.

The Audi A7 prototype is capable of SAE Level 3 autonomy, meaning it can drive autonomously, but only under certain conditions. So far, Audi has only used the car on limited-access highways. Two engineers are onboard at all times: one in the driver's seat, the other in back. New York also requires state police to review testing routes, and supervise any autonomous car testing or demonstrations.

Beginning with California a few years ago, a handful of states have explicitly legalized the testing of autonomous cars on public roads. Automakers and the other entities developing self-driving cars demand this because it clears up an otherwise murky legal situation that would otherwise present greater risks of lawsuits. On the governmental side, states that approve testing can attract companies, potentially creating jobs.

After passing a budget that removed restrictions on self-driving cars, New York began accepting applications for testing permits last month. The rules require a human driver to be behind the wheel at all times. For now, New York is only allowing autonomous car testing as a one-year pilot program, with the relevant legislation set to expire April 1, 2018.

Audi has been testings self-driving cars for several years, even taking them to racetracks. The first practical application of Audi's autonomous-driving tech will likely be in the form of advanced driver-assist systems for the 2018 A8, which debuts July 11. Following that, Audi reportedly plans to launch a fully-autonomous car by 2021.

Check out in-car video from the self-driving Audi's Albany drive below: