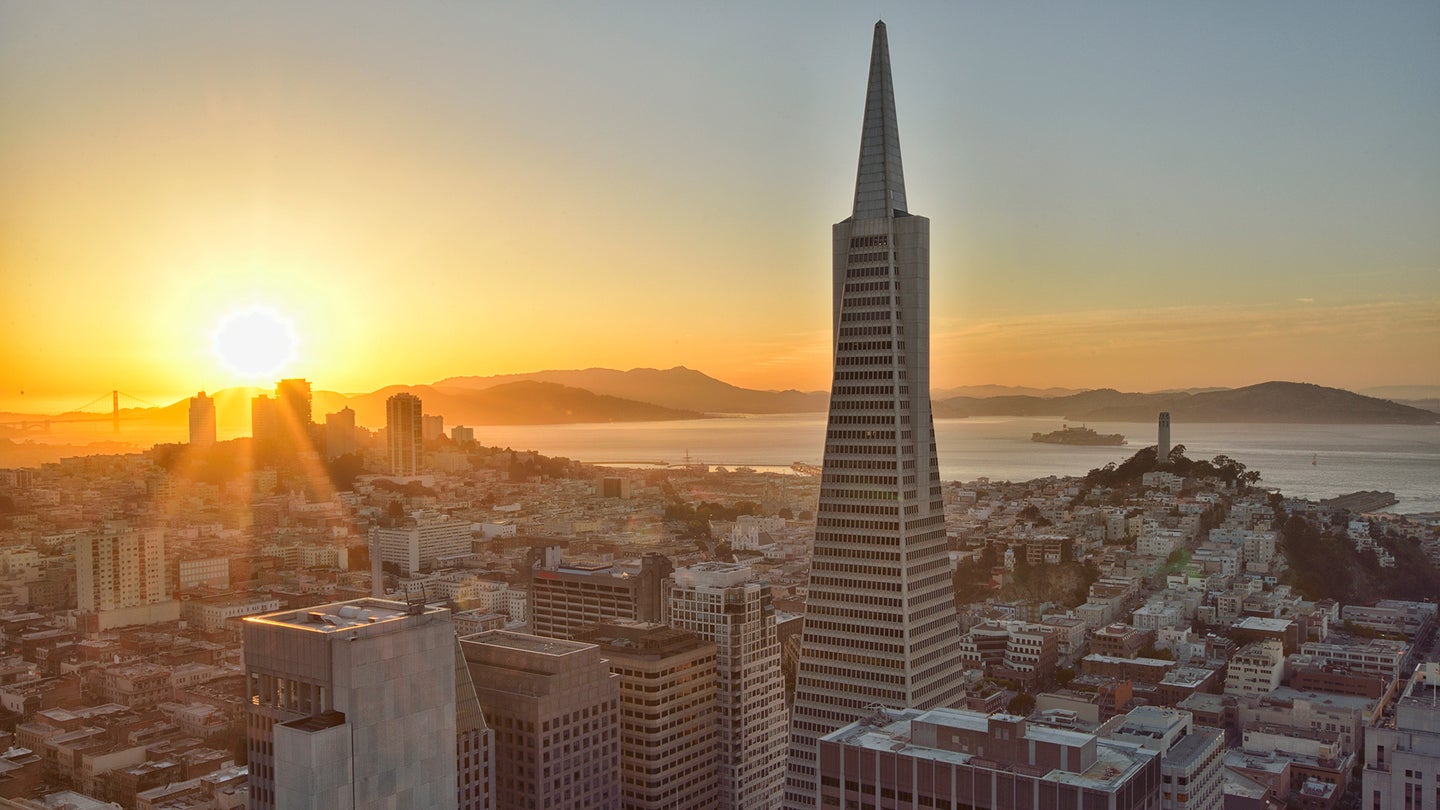 Ride-hailing is big business—especially in The City by The Bay. Uber and Lyft trips make up a full fifth of all car journeys that start or end in San Francisco, according to a new report from the San Francisco County Transportation Authority.

All told, cars with drivers working for the ride-hailing services make more than 170,000 trips in the city every weekday, according to SFGate's account of the report ahead of its wide release on Tuesday, racking up a total of about 570,000 miles traveled each Monday through Friday. The final workday of the week proved the busiest, with more than 222,000 ride-hailing trips each Friday—peaking at more than 6,500 Lyft and Uber vehicles on the streets of San Francisco just between 7:30–8pm on Friday evenings.

Granted, as the urban core of America's tech hub, San Francisco is more likely than the average American locale to suffer a plague of smartphone-summoned ride-share vehicles. But the report's findings do indicate that any thoughts that ride-sharing would banish the curse of congestion may be overly hopeful.

Indeed, the cars tend to be found in highest concentrations in the parts of town that are already popular, the report indicates.

“We see huge numbers of trips across all days of the week, primarily concentrated in the most congested parts of the city and at the most congested times of day,” San Francisco County Transportation Authority deputy director for technology, data and analysis Joe Castiglione told SFGate.

And the data presented is far from comprehensive when it comes to illustrating the problem. As SFGate pointed out, the report didn't include Lyft and Uber trips between San Francisco International Airport and the city—of which airport officials say there were 615,851 in April alone.

The two ride-hailing companies studied—which reportedly account for the vast majority of such trips in the Bay Area—don't share their trip data, having successfully lobbied the state to keep it private. As a result, the authority's report was drafted based on data collected by Northeastern University researchers over a month and a half in 2016.