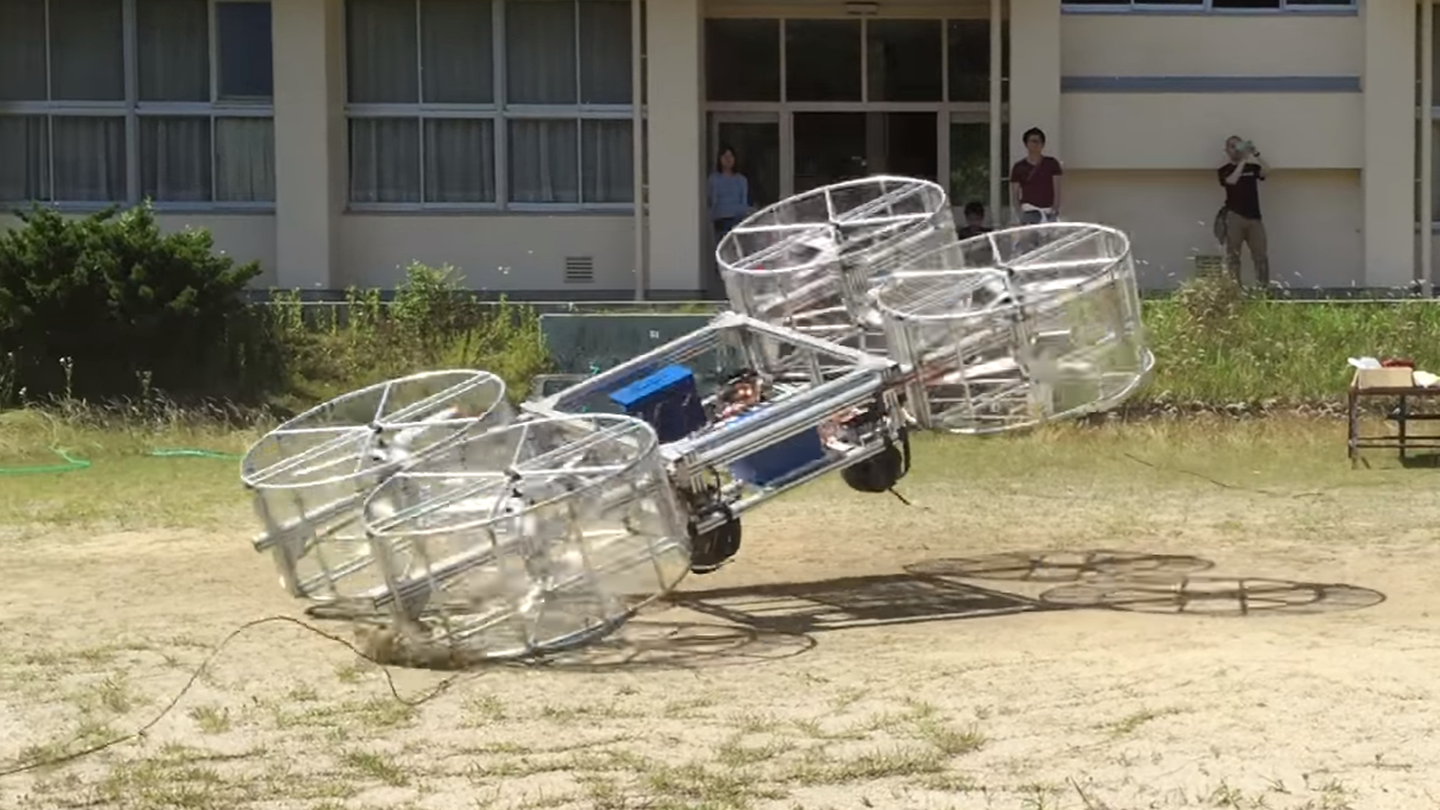 The idea of a market-ready flying car may seem unrealistic at this point, considering people are dangerous enough behind the wheel down here on terra firma, but Toyota is plunging full steam ahead with a plan to take to the skies. The automaker recently made a splash by investing over $350,000 in an electrically-powered flying car startup, with an eye towards using one to light the Tokyo Olympic torch in 2020.

If only the damn prototype would stop crashing.

Founded by Toyota employees in their free time, Cartivator gathered a few journalists to watch their "SkyDrive" mock-up attempt a series of demonstration flights near the automaker's headquarters in Japan this weekend. We use the word "attempt" because, well, let's just say things didn't exactly go according to plan.

Though the company claims SkyDrive will eventually be capable of cruising along 33 feet in the air at speeds up to 62 mph, video from the Associated Press shows they have a lot of work to do. The current incarnation is essentially a giant drone, with eight propellers held together by some simple framing, basketballs acting as landing cushions, and zero room for people.

In a four-second test "flight," the prototype managed to get about five feet off the ground before one of the propeller frames broke and damaged the blades (visible at 0:12), sending it crashing back down to the dirt, bending the frame and putting an end to the demonstration.

Still, Cartivator is optimistic that the recent infusion of cash from Toyota will help them develop a design closer to the renderings unveiled last month. In a press release, the company claims they've received several other large investment offers since news of Toyota's involvement broke, and it's possible that surge of capital could give them enough runway to get off the ground. But without a working model that can actually carry a person, that 2020 deadline is looming awfully large.

And that's just the technical side of things. There is very little regulatory framework in place in this (or any) country to provide for the introduction of flying cars. With all the debate a technological shift like self-driving cars (let alone drones) tends to spark, just imagine the fight over developing laws governing personal flight.

That's not stopping Toyota and a host of other companies, though. Either way, though, 2020 should be an interesting year.