The W Motors Fenyr SuperSport Is a $1.8 Million Entry-Level Car

Definitely, definitely coming soon to a W Motors dealer near you. Really. 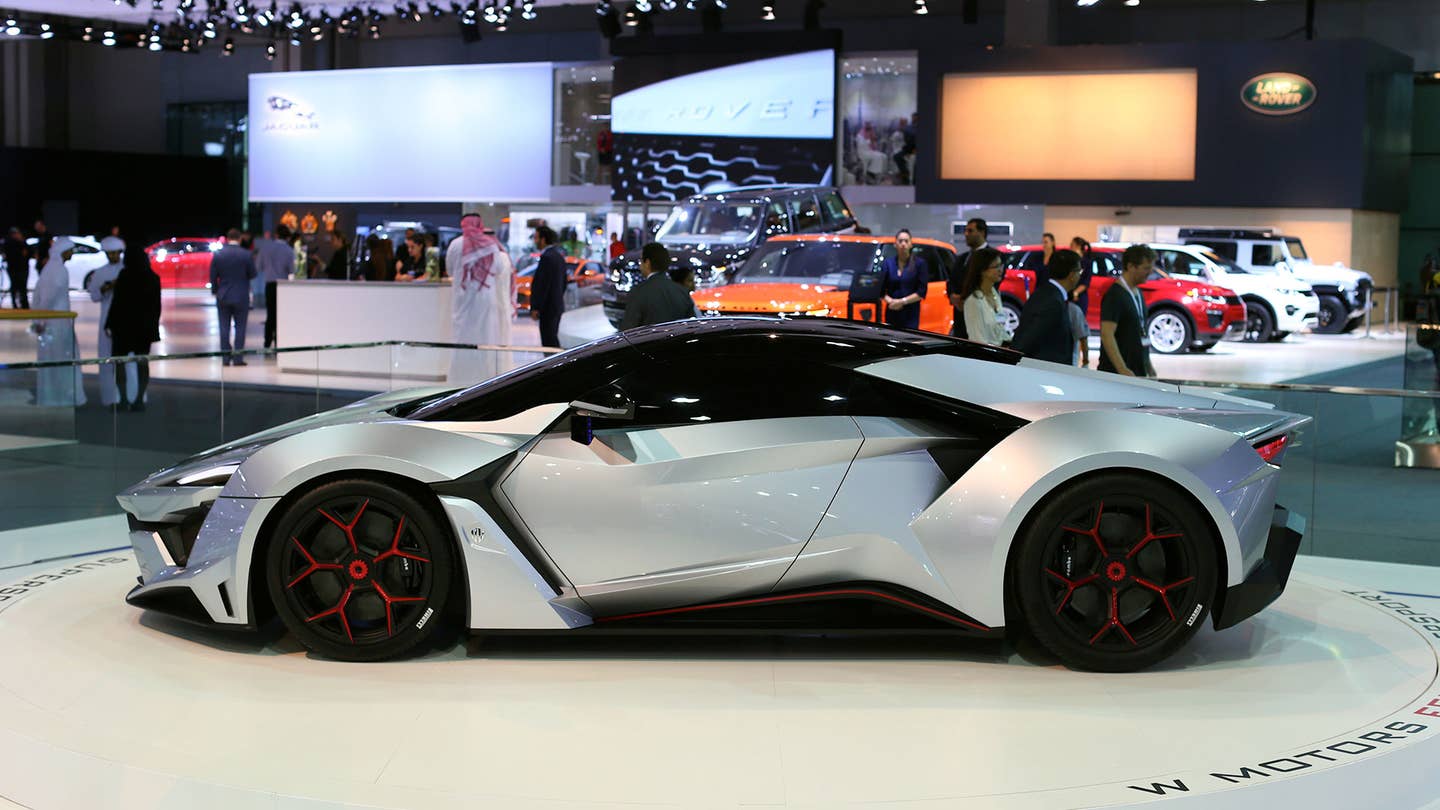 Vaporware, a noun, means hardware that has been advertised but is not yet available to buy, either because it is only a concept or because it is still being written or designed. Recently, the term has expanded to include products from other industries, like automobiles.

Anyways. This is the Fenyr (rhymes with saag paneer) SuperSport, the newest model from Dubai-based W motors! It has a twin-turbocharged straight-six engine with 900 horsepower, a top speed just under 250 mph and a pricetag of $1.8 million. Though in nomenclature the Fenyr SuperSport falls short of W Motors’ last effort, the limited production Lykan HyperSport, this car actually has more horsepower and a higher top speed. (So, W Motors understands the rarified brackets of sports car taxonomy about as well as everyone else.)

Visually, the Fenyr SuperSport combines the proportions of a squashed LaFerrari, squared versions of McLaren’s signature headlight and a mediocre facsimile of the Lamborghini Aventador’s tail. All of the bodywork is woven in carbon fiber, and the frame is constructed with tubular aluminum.

While the Lykan HyperSport, a hypercar, costs $3.4 million and is limited to a five-car annual production run, the Fenyr supercar, with its $1.8 million price tag and projected hundred-car production run, takes a populist approach. Populist, that is, in Dubai, where the popolo drive Mercedes G63s over sand dunes to work.

So, yes. Feast your eyes. This is the W Motors Fenyr SuperSport, a fiendishly expensive car from a brand new, Dubai-based company. Its styling is both outlandish and highly derivative; its interior is as-yet unspecified. W Motors CEO Ralph Dabbas promises delivery within two years, which will, of course, totally come to pass. This is definitely not vaporware. Really.