Sadly, it's already sold out. Not that we could afford it anyways. 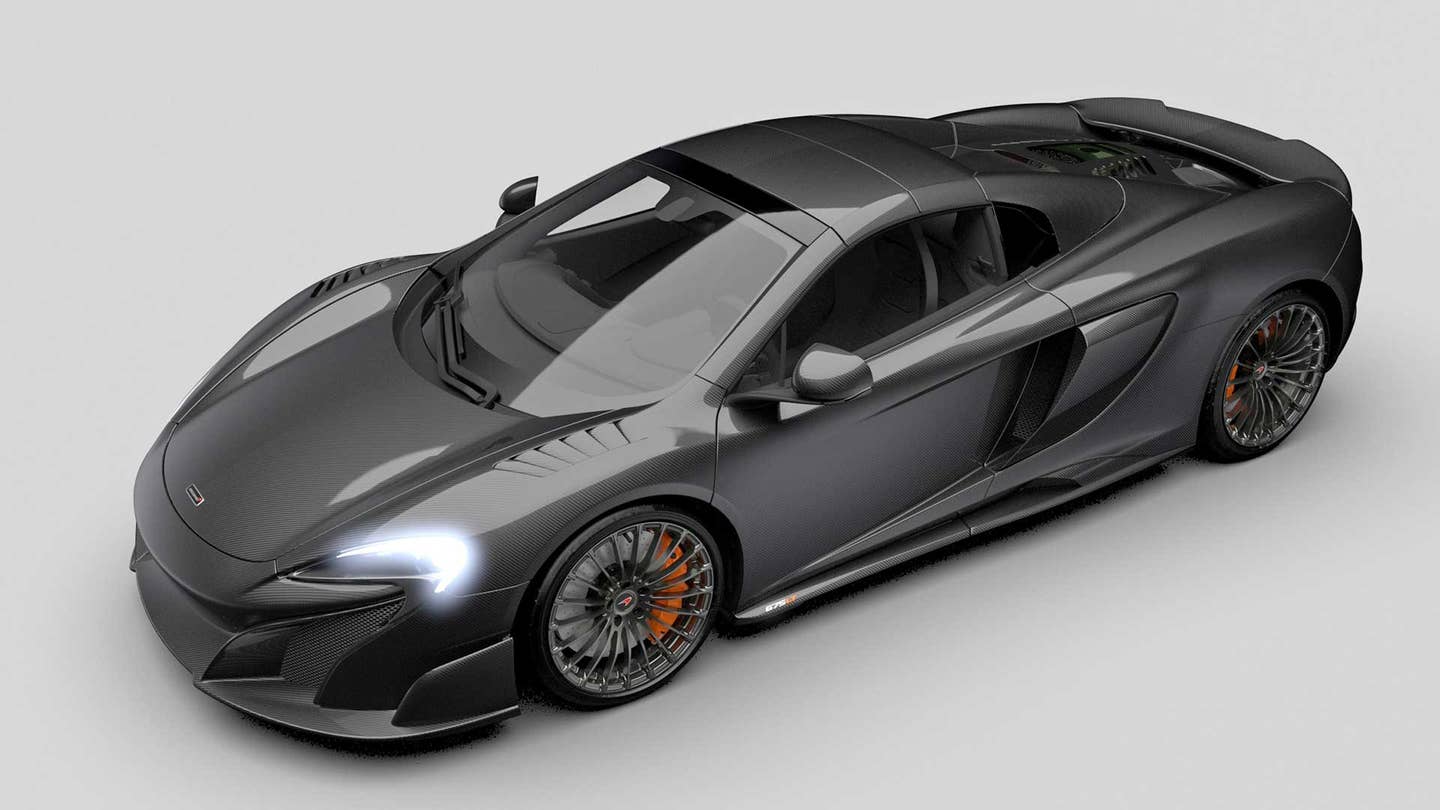 If you're addicted to carbon fiber, you might need to tie yourself down before reading this post. The new McLaren Special Operations-made Carbon Series LT is a special edition of the extreme 675 LT Spider, and as you may have guessed from the name, it uses a ridiculous amount of the magical lightweight material—packing 40 percent more carbon fiber parts than the car it's based upon.

Not that the "normal" 675 LT was lacking in the wonder substance. As McLaren reminded the world in its announcement heralding the arrival of the MSO Carbon Series LT, the 675 LT Spider not only uses carbon fiber extensively, but much of it—the front bumper, rear fenders, side intakes, rear diffuser, and "Longtail" airbrake, just to scrape the tip off the iceberg—is coated in a glossy finish in lieu of paint, exposing the woven patterns of the material.

But the new special edition 675 LT goes even further. Inspired by all the attention people paid to its one-off blue-skinned McLaren P1 that debuted at the Geneva Motor Show, MSO left pretty much the entire carbon-fiber skin of the Carbon Series LT exposed, with only with a glossy layer to protect it from the harsh environment. The A-pillars, the hood, the rear deck, the side blades, the retractable hard top, even the fuel filler flap—all sit exposed. It manages makes the MSO Longtail look even more maniacal than the 675 LT...which is no small feat.

Beyond the surplus of carbon fiber, the Carbon Series LT also picks up the McLaren Track Telemetry package that allows drivers to record their hot laps (and on-track hiccups), and there are large race car-esque louvers on the supercar's front wing. The power output goes unchanged—but with a 666-horsepower 3.8-liter twin-turbo V8 tucked inside the rear of the car, it's still good for zero to 62 mph in 2.9 seconds.

Want one? Too bad. While the cars are on schedule to be built this fall, all 25 planned examples have already been claimed. Womp, womp.