We know we said “Speciale” twice. That's how special it is. 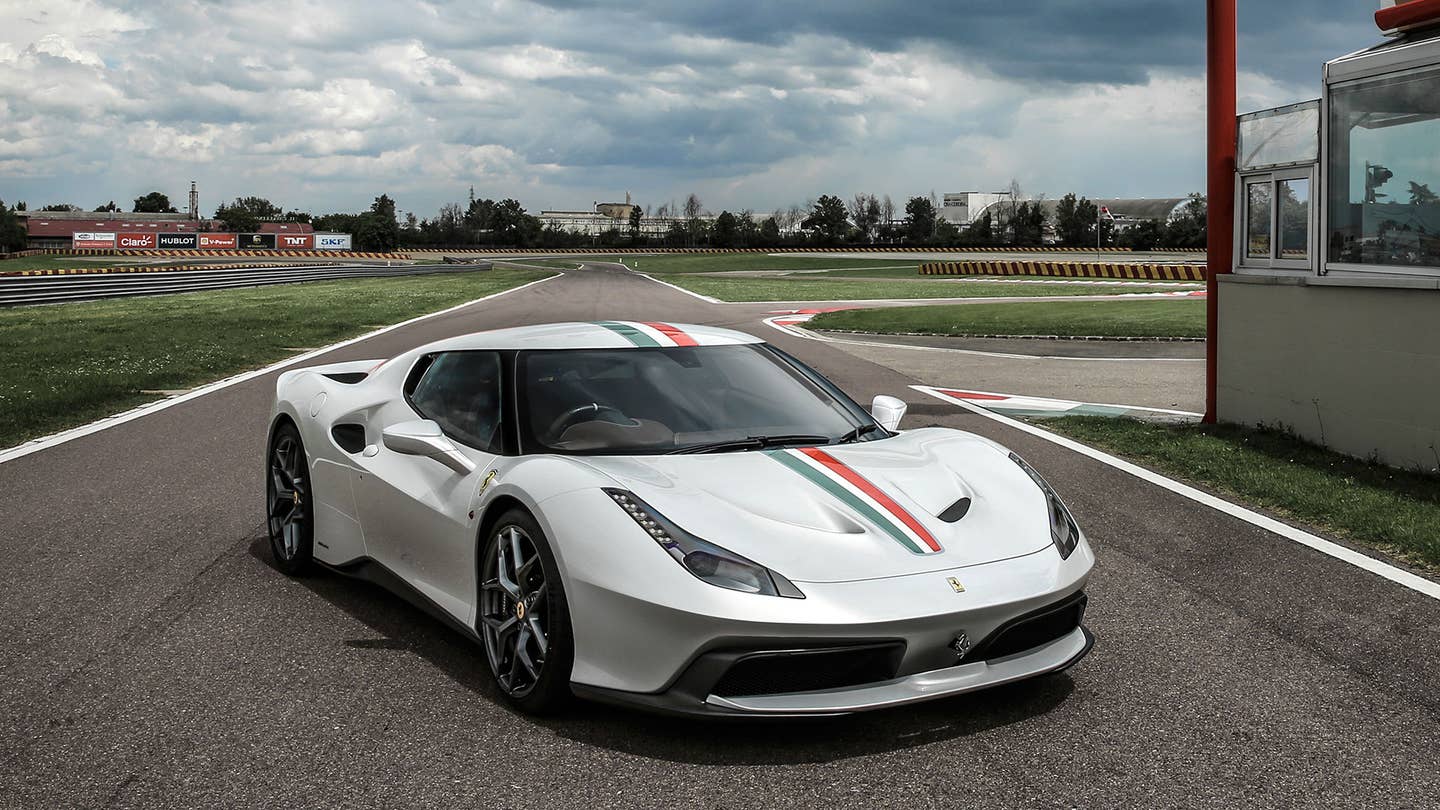 It must be rough, living in a world where Ferrari’s normal model range isn't exclusive enough for you. That seems to have been the case for one Brit, as he recently commissioned Ferrari to build him his own one-off Ferrari 458 Speciale called the 458 MM Speciale.

This one-off, which seems to be the same Ferrari we spotted lurking around Maranello a couple months ago, has the same working bits as the standard 458 Speciale that preceded the 488 GTB. If you need a reminder, that means that it has a screaming, naturally aspirated 4.5-liter V8 making 597 horsepower. Hey, why mess with that

On the outside, though, it’s a different story, as the car has been reworked from one end to the other. The whole body of the car, except for the carbon-fiber bumpers, is made from aluminum. The front end is a bit more swoopy than what we've seen on recent supercars from Maranello. That dual-tone lower lip on the front bumper looks ready to swallow all the air it can suck in. The taillights look like they were borrowed from the 488 GTB. And those ten-spoke wheels are rolling perfection.

Like the normal 458 Speciale, the 458 MM is packed with venting and aggressive-looking aerodynamic bits in the back. To keep running temps down, the MM’s side intakes deliver more engine cooling air than a standard 458 Speciale's inlets, along with help from the MM’s new tightly-mounted radiators.

Ferrari says the owner demanded "extremely sporty lines" from his one-off sports car. Call me crazy, but looking at the side profile, I swear I see a little Ford GT mixed with some Lotus Evora in there. Maybe it's that raked rear roof? Either way, it's a nice touch.

No word on how much this Ferrari cost its British owner, but presumably, it was a lot. (Eric Clapton's one-off, for what it's worth, reportedly cost around $4 million.) But if you have the cash and can convince Ferrari to make you your very own car...why not, right?