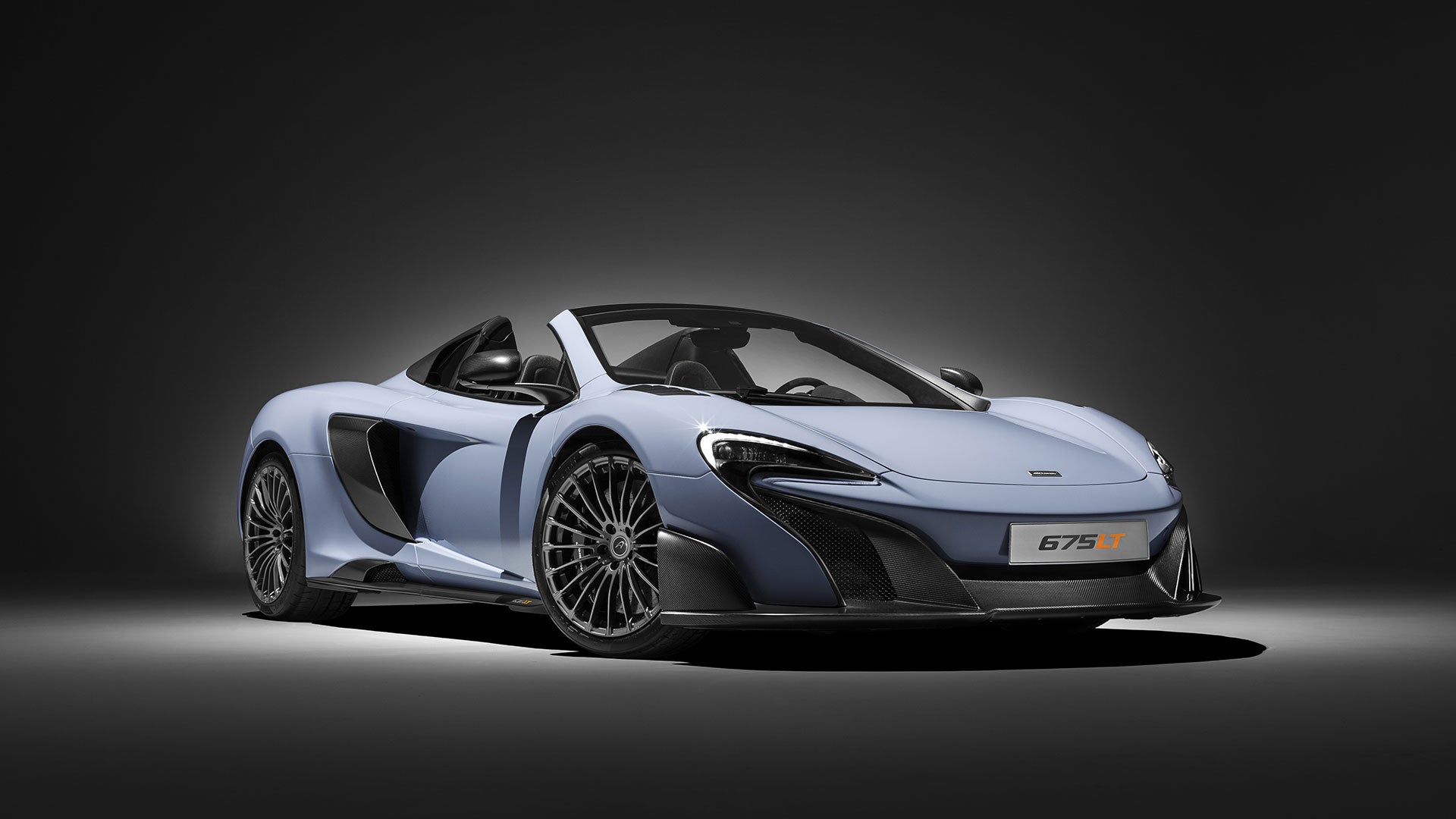 If these two customized McLarens, which are headed to the 2016 Geneva Motor Show next month, are any indication, the company’s Special Operations team is feeling awfully blue these days. But, like Picasso, MSO’s Blue Period is causing McLaren to expand into new realms of beauty.

First up: a jaw-dropping chunk of cerulean P1. One of the final examples of the 375 road-going P1s (as opposed to the track-mashing P1 GTR), this MSO-customized supercar goes all but naked, covering its carbon-fiber body with just enough Lio Blue-colored lacquer to tint it the color of the deep ocean. As an homage to the McLaren F1, it picks up a 24-karat gold heat shield for the exhaust; it also comes with black wheels and a black interior, presumably as an homage to the darkness of its wealthy owner’s very soul.

Second but no less impressive: a pale blue 675LT Spider. It may be down on output compared with the P1, but MSO’s customizations mean it’s every bit the equal when it comes to visual firepower. The flat paint is called Ceramic Gray, but it’s a shade closer to the hazy winter sky than it is to an elephant’s flanks. It’s nicely contrasted by extensive use of exposed carbon fiber—on the roll hoops, the side scoops, and the mirrors, among other places. It also picks up a 24-karat exhaust heat shield, because McLaren is the Michael Phelps of automakers when it comes to heat shielding.

Both the P1 and the 675LT Spider are entirely sold out, so even if we should trip and fall face-first into a winning Powerball ticket, we couldn’t spec out our own matching example. However, McLaren says it will be unveiling a brand-new model from their Sport Series at the show (we’re offering 5:1 odds it’s a 570S Spider), so we’ll probably wind up channeling our inspiration onto that car. Hey, those shades of blue would look good on a shoebox.

For more on the MSO McLarens, check out the latest video from our new partners at Fast Lane Daily.