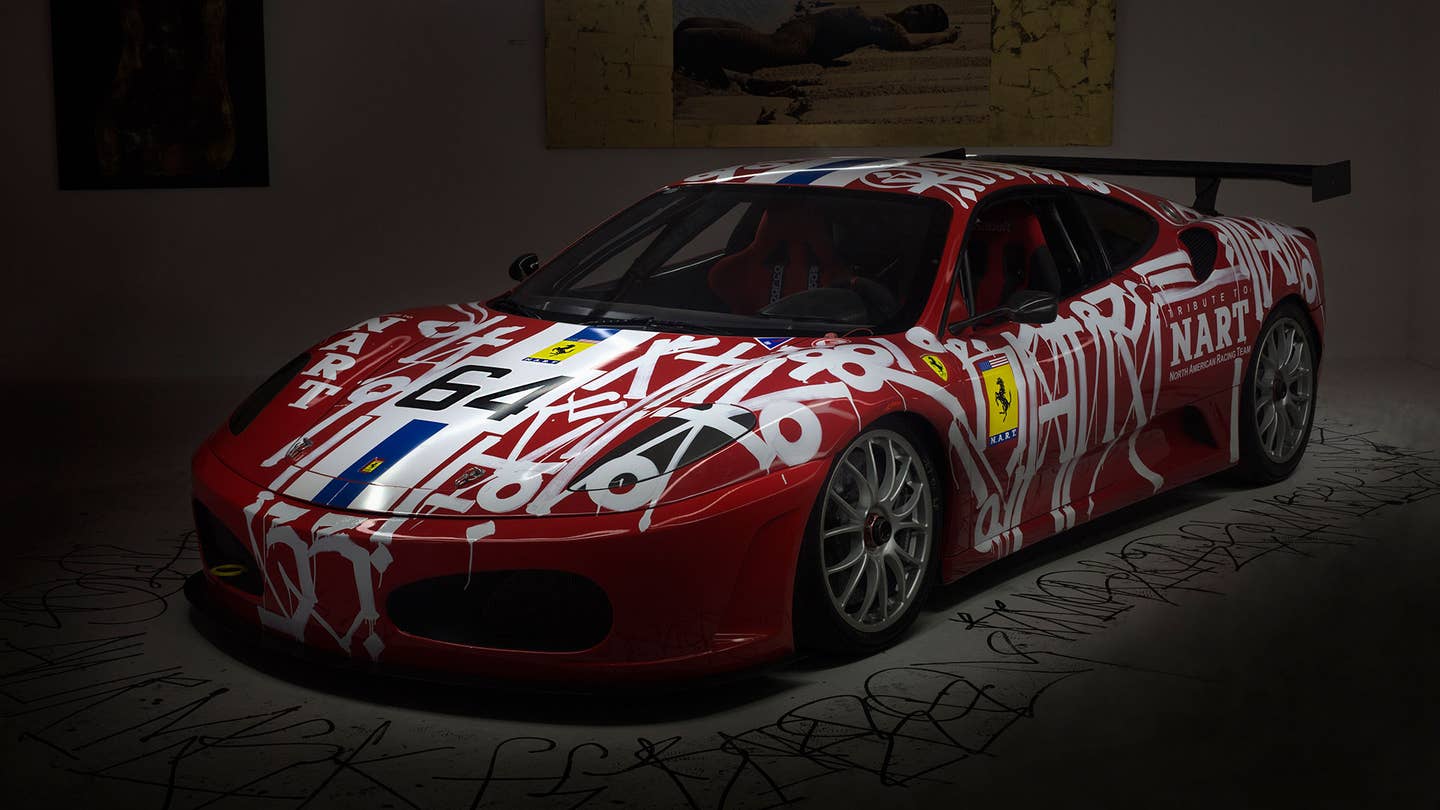 If you’re in South Florida, you probably already know the art scene bubbles like Veuve Clicquot served with a Four Loko floater. You may also know that the Art Basel Miami festival is going down (where The Drive’s own Brett Berk will be reporting). And if you’re the rest of us, you just know that Miami is home to very fast cars driven by tax-sheltered internationals and their ilk—mostly slowly around South Beach.

Mix a cocktail of said exotics with the vibrant art scene, and you have the makings of a “live” exhibit called Artceleration, the brainchild of both the owner of Miami exotic-car dealer Ansa Motorcars and the owner of the Macaya Gallery, where the event is being hosted.

It started on Dec. 1, when the artist known as RETNA, presented by Phillipe Hoerle-Guggenheim of the Hoerle-Guggenheim Gallery, painted a Ferrari F430 Challenge while a crowd sipped champagne and, presumably between sips, watched. Note that this wasn’t RETNA’s first car-graffiti rodeo. Beyond being commissioned to make a portrait of Marvin Gaye for Usher, and to create Justin Bieber’s latest album cover, the LA-based artist has painted a Rolls-Royce and told the Miami Herald he once traded some of his art for a Maserati.

RETNA, by the by, is merely the first artist of three; Ben Levy and Edouard Duval-Carrie will each also paint their own Ferrari F430 Challenges during the course of the week. And it’s not all for the champagne swiggers’ amusement.

The cars are all going up for charity auction, with the high bid on RETNA’s car already up to $400,000 as of this posting. The bulk of the proceeds will benefit Miami Children’s Health Foundation, the University of Miami Miller School of Medicine and the Haitian Cultural Arts Association.