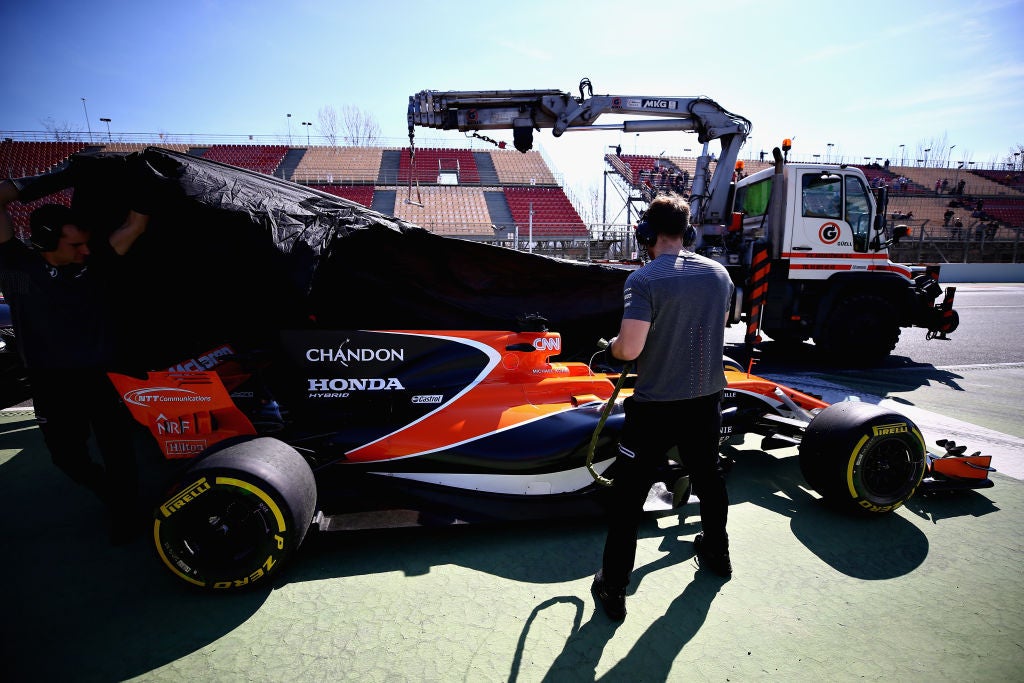 There are only so many times the McLaren-Honda story can be recapped ... but let's give it another go, anyway. The pair were highly successful in the late 1980s and into the early 1990s. Together, they produced one of the most dominant Formula 1 cars of all time, the McLaren MP4/4, complete with a Marlboro livery that has been copied onto every last open-wheeled race car in Forza Motorsport. When the two announced they were getting back together for the 2015 Formula One season, the world expected a repeat of the glorious days of Senna and Prost, but with modern legend Fernando Alonso at the helm. The reality of their performance, however, did not live up to expectations. Constant engine failures, low power, and unkept development promises are straining the two parties to the breaking point, and Alonso is spending his twilight years in the sport with a team that appears unable to get its act together.

Some hope was rekindled when Honda announced an updated engine would see trials during the in-season testing at Bahrain International Circuit on two weekdays after the Grand Prix weekend. Alas, with one day of testing concluded, some of these newfound hopes have been dashed. The McLaren of Oliver Turvey was called back into the pit lane early when a dangerous water leak near the car's Energy Recovery System was detected, according to GPUpdate. The energy recovery systems of modern Formula One cars convert excess heat energy generated by the engine and kinetic energy normally lost under braking into electric energy, stored in a high voltage battery. If leaking coolant were to cause a short circuit between part of the ERS system or battery and the car's highly conductive carbon fiber bodywork, a risky scenario for the driver, pit crew, engineers, and track marshals could occur.

It's unlikely that anyone, at this point, is shocked by yet another Honda failure—but disappointed? Absolutely.