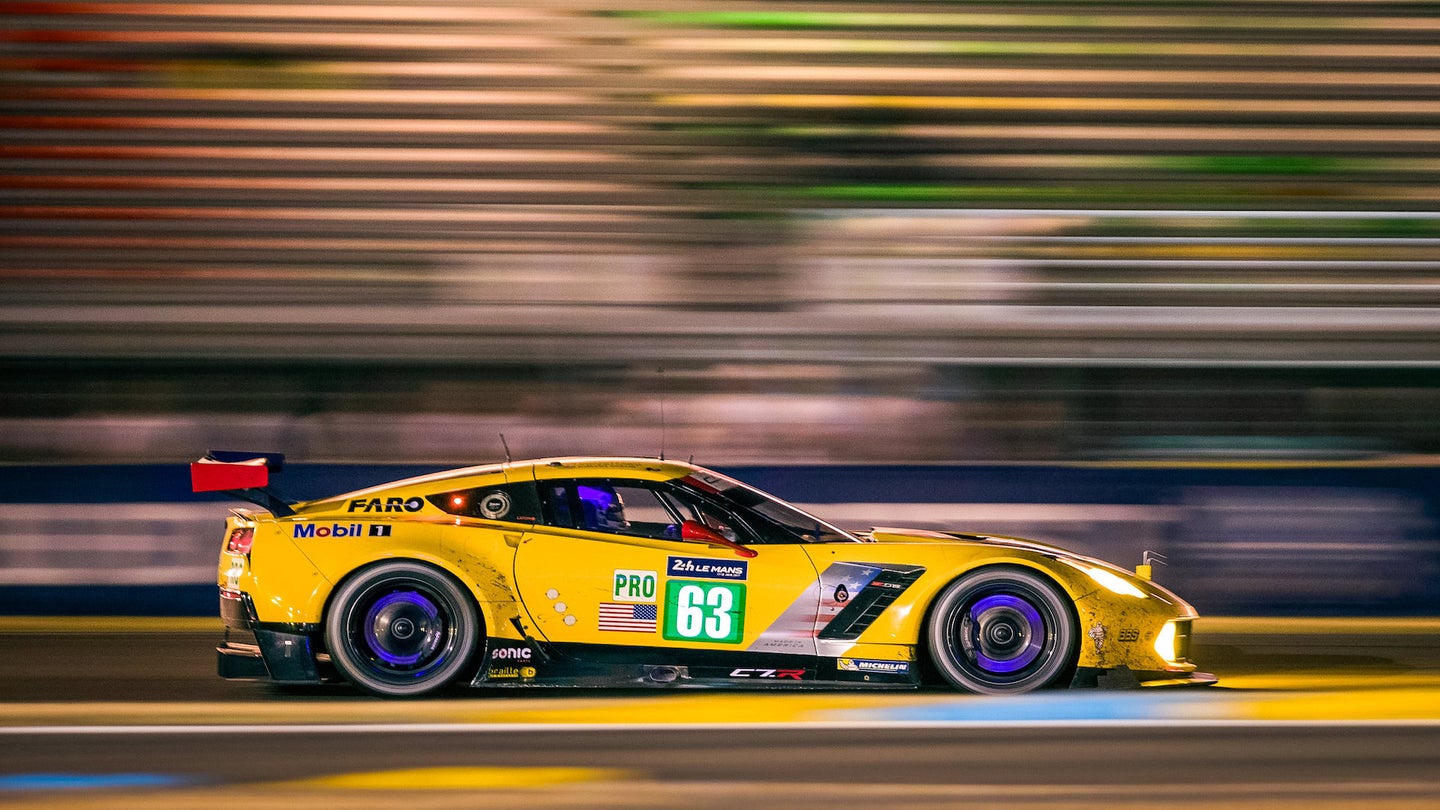 Corvette Racing diehards in the United States who aren't able to travel to France this summer will have a darn good alternative to watch the 2018 24 Hours of Le Mans. The National Corvette Museum (NCM) will be one of the three locations around the world where a commercial-free feed of the race will be shown from start to finish on June 16-17.

The Automobile Club de l'Ouest (ACO) selected the Bowling Green, Kentucky institution for the fourth year in a row, making it the only location in the entire American continent to receive such privilege. The other venues include Berlin, Germany; Tokyo, Japan; and of course, the Circuit de la Sarthe in Le Mans. In true American fashion, the museum will provide around-the-clock entertainment for nearly 200 Corvette enthusiasts.

Aside from witnessing the world's most popular endurance race on the Chevrolet Theater's 28-foot screen, enthusiasts will enjoy special access to museum exhibits, meals, and memorabilia giveaways while the racing action unfolds across the pond.

Katie Ellison, Communications Manager for the National Corvette Museum, told The Drive that the idea to host a 24 Hours of Le Mans viewing party was conceived by Doug Fehan, Program Manager for Corvette Racing, whose relationship with the team and the ACO was instrumental in bringing this unique experience to the only place in the world where Corvettes are manufactured. According to Ellison, a separate screen will be set up at the viewing party where attendees can interact with Fehan, pit-crew members, and even drivers via Skype.

"The Corvette community as a whole is very tight-knit and part of the reason there is a National Corvette Museum is because of the huge following the iconic American sports car has. While every year we take groups of enthusiasts to France to enjoy the 24 Hours of Le Mans in person, we also host an on-site viewing party for enthusiasts to come and cheer on the team," said Ellison.

Corvette Racing fielded two C7.R machines at the 2017 24 Hours of Le Mans and managed to finish third and eighth in the GTE Pro categories, despite both of them facing hardship early in the race. This year's edition of the race will mark the outfit's 19th appearance on the world stage of endurance racing.