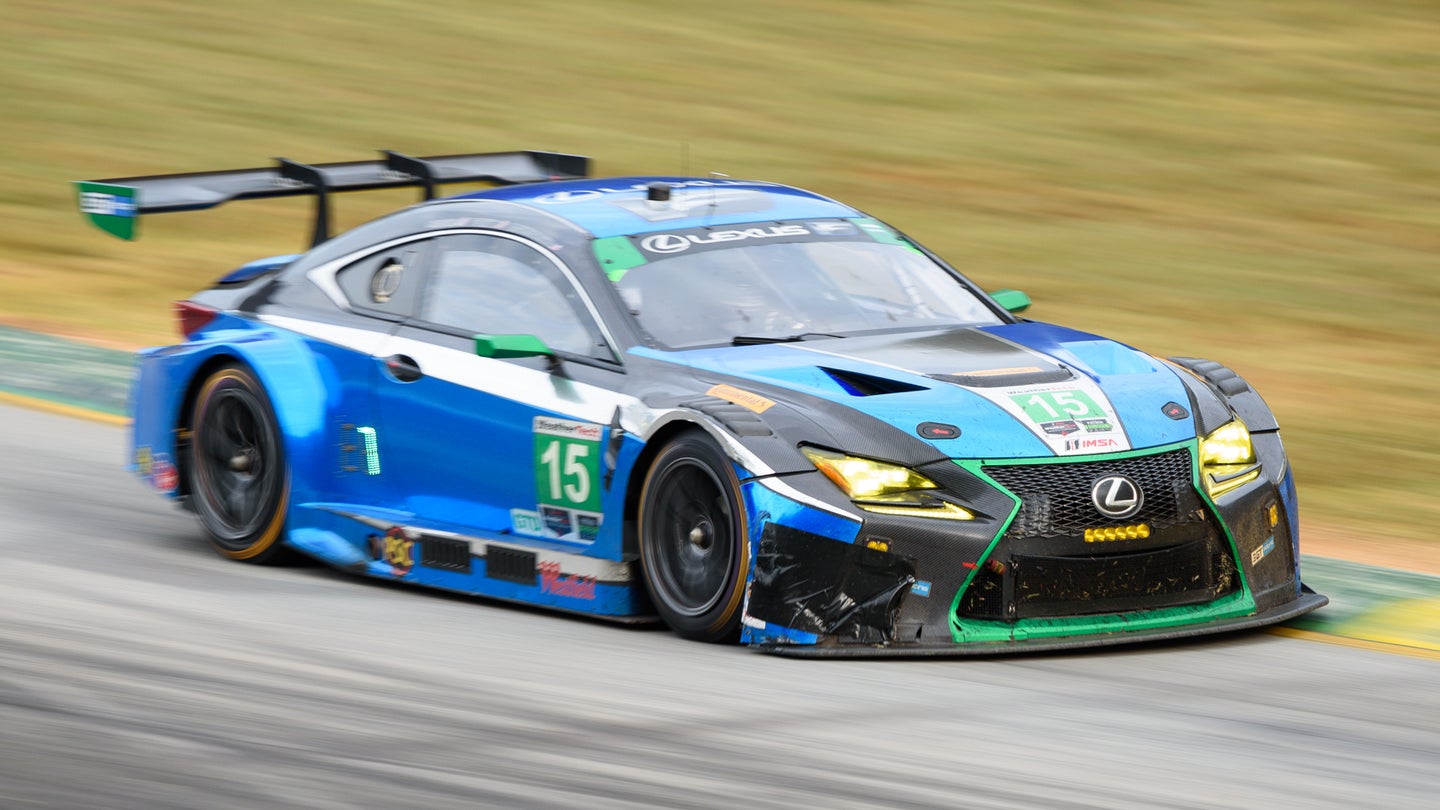 Starting in karts and moving his way to the highest levels of international motorsport, Scott Pruett has served his due diligence in the realm of sportscar racing. His fabled career has included IMSA, Trans-Am, NASCAR, and more, earning him an induction into the 2017 Motorsport Hall of Fame class. His most recent racing duties have been served with Lexus' GT3 program, and following this year's 24 hour-race at Daytona, the Californian will officially retire from professional competition.

Pruett made the announcement at this week's Roar Before The 24 at a specially held press conference.

“As an athlete, if you’re fortunate enough to have a long and successful career and lucky enough to come to the end on your terms then you are truly blessed, and I truly am,’’ Pruett said. “Today, after 50 years of racing, the 2018 Rolex 24 Hours of Daytona will be my last race.

“It’s a magical place and I love it and what better way to say goodbye to a sport I love than at this revered place surrounded by my respected peers and diehard fans. So here we go. I’m so excited about the next chapter of my life and getting on with the Rolex 24 here in the next few weeks.’’

The veteran driver has claimed five victories at the Florida race in his tenure, making him one of the most successful competitors in the event's history. In total, Pruett has notched 60 wins in what is now the IMSA WeatherTech Sportscar series including several in the historic International Race of Champions (IROC) segment.

IMSA President Scott Atherton also offered up his celebration of Pruett's career at the meeting.

“Scott Pruett is a legend of sports car racing,” claimed Atherton. “It is a word and a description that is often over-used, but in this instance, it is a statement of fact. It has truly been an honor and a privilege to have him represent IMSA for decades.

“His on-track accomplishments and larger than life personality made him the face of American road racing. He became a household name among race fans through his versatility, and while he also enjoyed success in IndyCar and NASCAR, his sports car racing résumé is what made him a hall of famer."

Pruett explained that his final wish is for his team to perform exceptionally at this month's Daytona contest.

“More so than anything else I’d like to go out and just have an incredible race in my final 24. My wife and I were looking. … My first race was when I was 24 and I believe this is my 24th time doing the 24. … maybe all those wonderful 24s will come together in the coming weeks here at Daytona.’’

“I have so many incredible memories here, it just seemed appropriate this was the time and place.’’