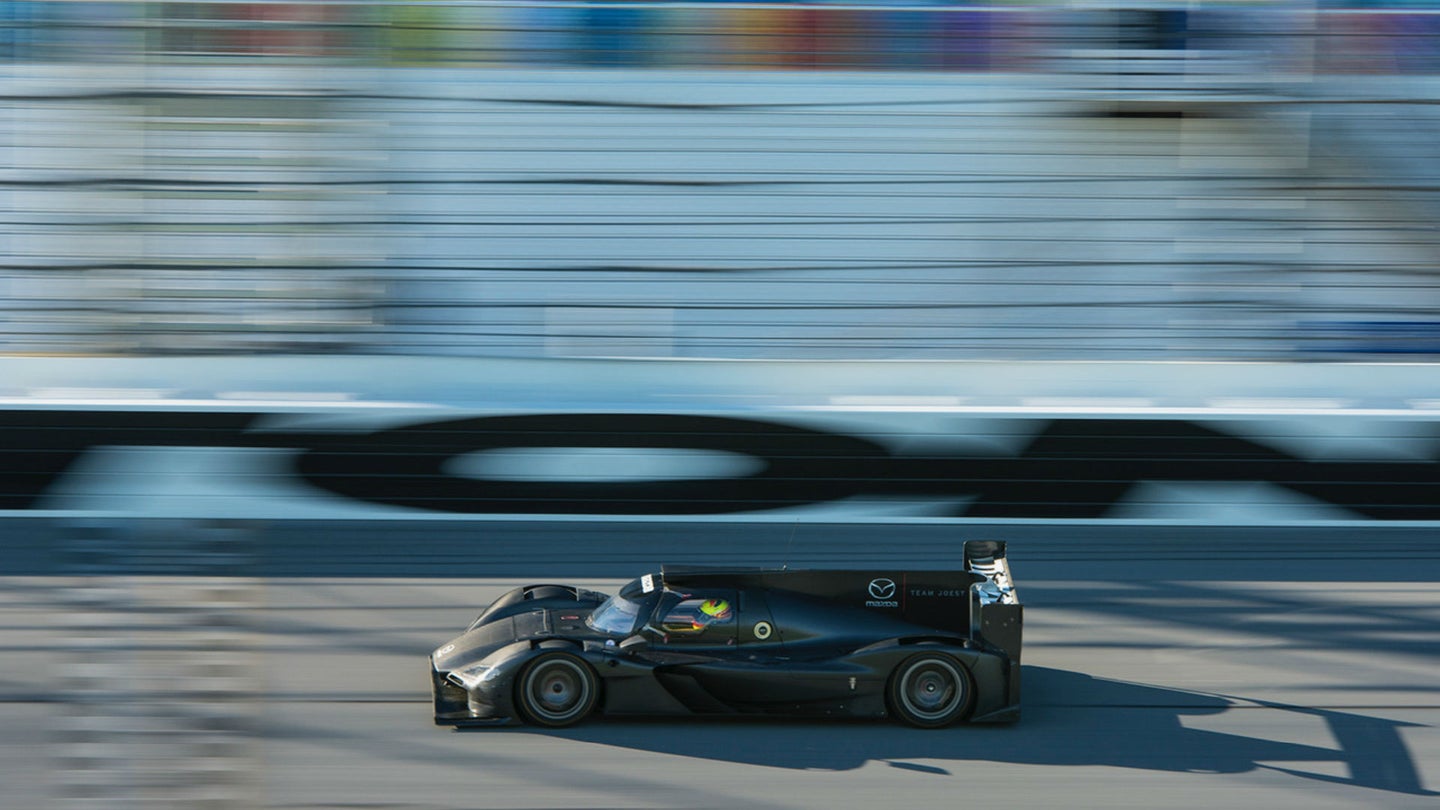 Florida is home base for December's offseason IMSA testing. After teams completed runs at Sebring earlier in the month, they've since picked up and moved across the state to Daytona International Speedway. Teams like Penske Acura and Mazda Joest prepare for their return to prototype action, testing reliability and consistency ahead of their January debut at the Rolex 24.

Coming hot off the heels of its driver lineup reveal, Joest has been working with René Rast and Oliver Jarvis through the first days of practice. Both drivers have dedicated experience in prototype racing as Jarvis won the 24 Hours of Le Mans' LMP2 category in 2017, not to forget Rast who took home a class victory at Daytona five years ago. The two's collaborative effort in the No.77 RT-24P DPi has played out well for Joest as a team spokesperson told The Drive, completing Day 1 successfully without major issue.

As for Mazda Team Joest's second entry, the No. 55 car, testing is scheduled to pick up once again on Wednesday. World Endurance Championship driver Harry Tincknell will be given the reins in the prototype's first outing since Sebring, running a new engine in training for the 2018 IMSA season opener. Piots Tristan Nunez and Jonathan Bomarito are also slated to participate, rounding out the German outfit's lineup at Daytona.

The storied racing team will have plenty of competition in the WeatherTech series' top prototype class next season. Tequila Patrón ESM will also be in the mix after winning 2017's finale at Petit Le Mans, though it won't have star driver Brendon Hartley at its disposal this time around. Penske's hard-hitting crew of Juan Pablo Montoya and co. stands as the team's main rival as both have something to prove.