The team is set for a major payday if it can clinch sixth place in the Constructors' Championship ahead of Toro Rosso. 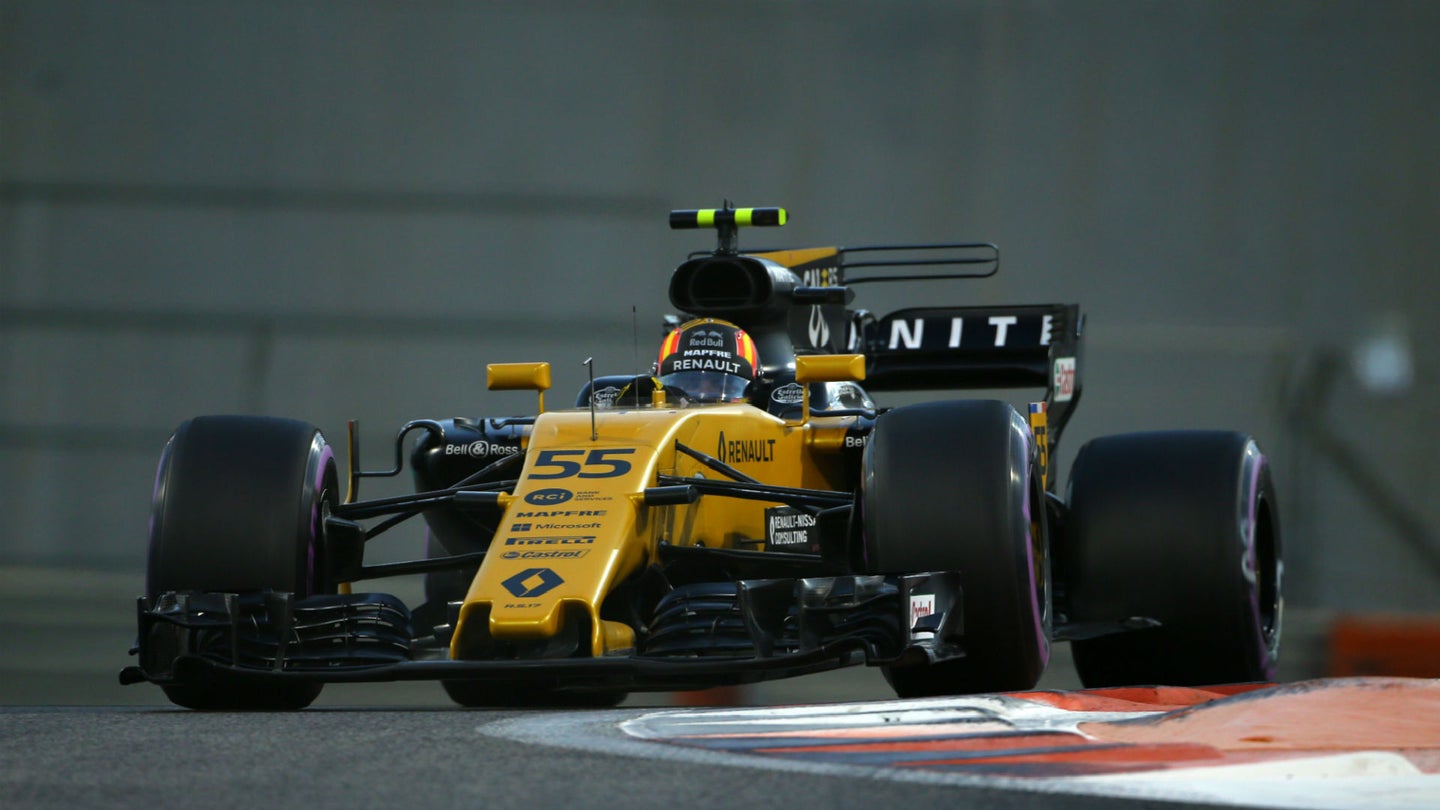 Renault recruit and Spanish F1 driver Carlos Sainz explained his new team's eagerness to win big at this weekend's Abu Dhabi Grand Prix. If the Enstone-based outfit can claim sixth position in the Constructors' Championship, it will be awarded a purse of $6.5 million in addition to the rest of its earnings this season. According to Sainz, the team will be going all-in to defeat its nearest rival, and his former employer, Toro Rosso.

Sainz's teammate Nico Hulkenberg was able to achieve P7 for Sunday's starting grid, making him the best of the rest outside the trinity of Mercedes, Ferrari, and Red Bull. This puts Renault in a prime position for opportunity, and as the team has explained, there's one secular goal come race day–beat Toro Rosso.

“It is very important,” Sainz said of beating his old crew. “We’ve set it as a target this weekend, and they’ve prepared really well this race."

“Back in Enstone there has been a lot of work put into this last race and we want that position and I think we deserve that position. So we will go max out to get it.”

What seemed to be an engine problem kept the young Grand Prix racer from qualifying any higher than twelfth in Q2. Although Sainz failed to get within the top ten, his in-race performance indicates that he could have a chance at cracking into the points. He then mentioned that Hulkenberg's efforts could help to lock in a good result for Renault at Yas Marina.

"Hopefully Nico can finish the work tomorrow and finish in P7 because I am convinced that with his P7, that those six points are there,” said Sainz. “From my side, I want to try to get into the points. I don’t know how much of an overtake probability we have tomorrow, it will be quite tight, especially because we have a few Mercedes engines ahead of us and we know they are 10km/h quicker.

"But we will try our best both with strategy and with pace to recover it.”

As for Hulkenberg, he admitted that the first thing on his mind will be racking up a good and clean race. A slew of reliability issues has forced the German to retire in a handful of races this season, so a positive result is his main concern at the 2017 F1 season finale.

"I think it is what it is,” he said. “I don't’ think about it too much. I want to get the best possible result tomorrow and finish the season with a nice race and a nice result. If we get the best out of it, I am sure we can get the other job too.”