McLaren denied the proposal for the shark fin's reinstatement, leading to an eventual ban of the equipment. 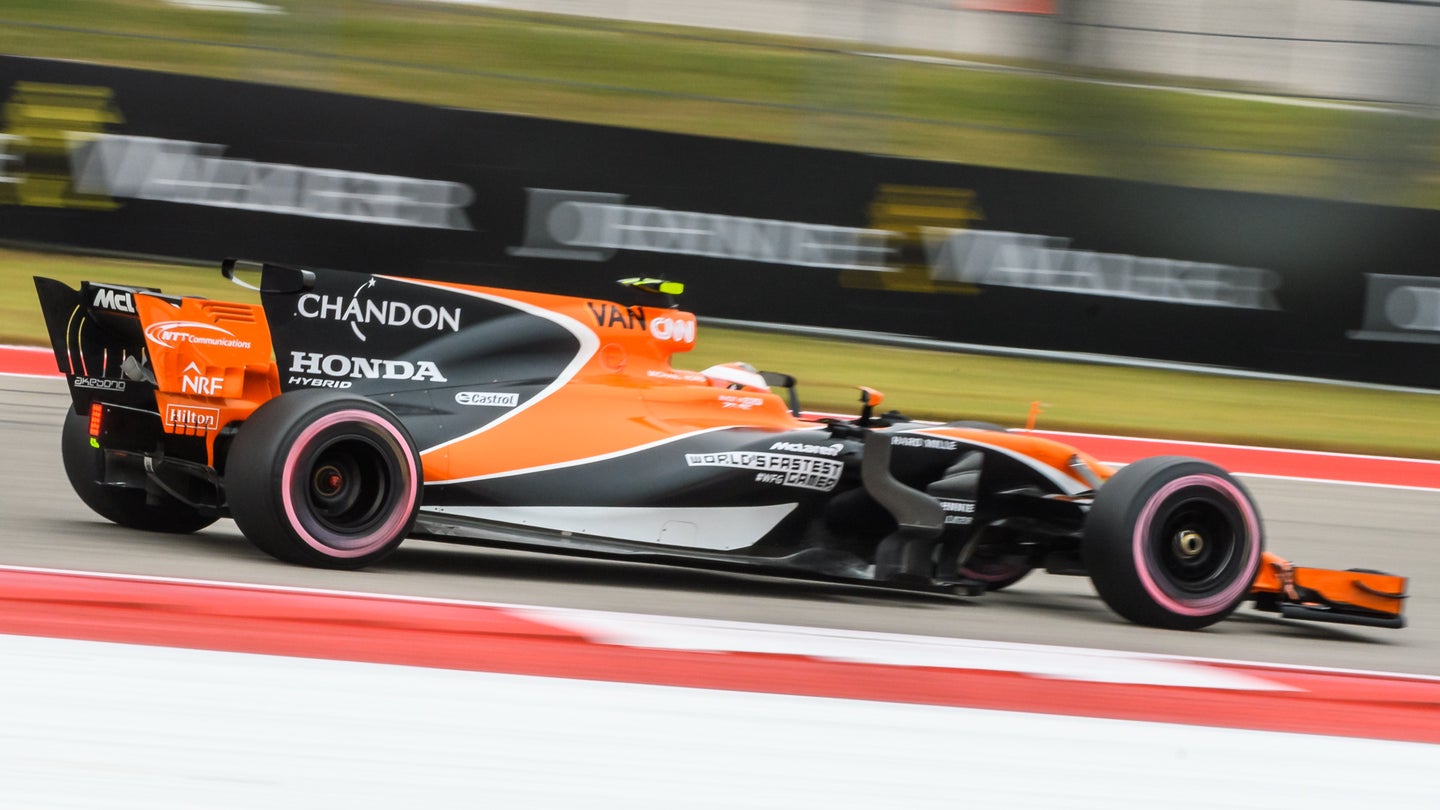 Formula 1 held an official Strategy Group meeting earlier in November, discussing a list of concerns and possible mandates for the 2018 season. The Halo cockpit safety device remains a hot topic at these gatherings among teams, and as this month's meeting shows, the "shark fin" engine cover has also been up for debate. Used primarily as a stabilizer for the rear wing, the equipment was originally fitted to promote improved downforce and increase cornering speeds.

Although a majority of teams voted in favor to keep the "shark fin", a unanimous decision was needed to keep them in F1 next season, a movement which was promptly halted by McLaren. The Woking-based racing outfit opted out of joining the rest, saying it wished for a smaller, more streamlined design. With the deadline looming, the collective efforts of Formula 1 teams were not enough to form a compromise, eventually ruling out the aero aid completely for next season.

"It's going to complicate matters slightly," said Force India technical director Andrew Green. "It means we have to redevelop part of the cars which hasn't been developed because we assumed the engine cover was going to say the same."

Green and the Force India crew have already expressed the difficulties of developing a car for 2018 while also having to incorporate the Halo device. Both of these decisions to change the racecar's design have influenced their integral structures and aerodynamic properties. As a result, engineers will have to work around these shifts to create competitive machines for next year's 21-race calendar.

"Now it's not so we have to redevelop parts of the car accordingly," Green continued. "It's not a big thing but it's still something we have to do that we didn't think we would have to do."

McLaren team director Eric Boullier explained his team's opposition despite the equipment being a major part of its car's form.

"I don't understand why everyone went to do something else other than the regulations," he said. "It has been voted months ago to go with no shark fin – a sort of mini shark fin.

"This is in the regulations for next year. Some teams believed it will change again, and wanted to keep the big fin."

Boullier suggested that teams had considered working on a hybrid fin of sorts, much like that of the Mercedes-AMG F1 car. This would allow for a lower drag coefficient as well as improving the center of gravity, aiding both speed and cornering efforts. Current shark fin designs have also been criticised for catching strong crosswinds on-track, unsettling the cars and causing a potential safety concern. Boullier and others believe that a shorter construction could help in that area as well.

"Then it was discussed to have a Mercedes style fin and in the end we just remind everybody what was voted six months ago. People have said: 'We have to change it, we've worked in the wind tunnel.'

"No problem, but you know regulations. There is no debate. So that is it."