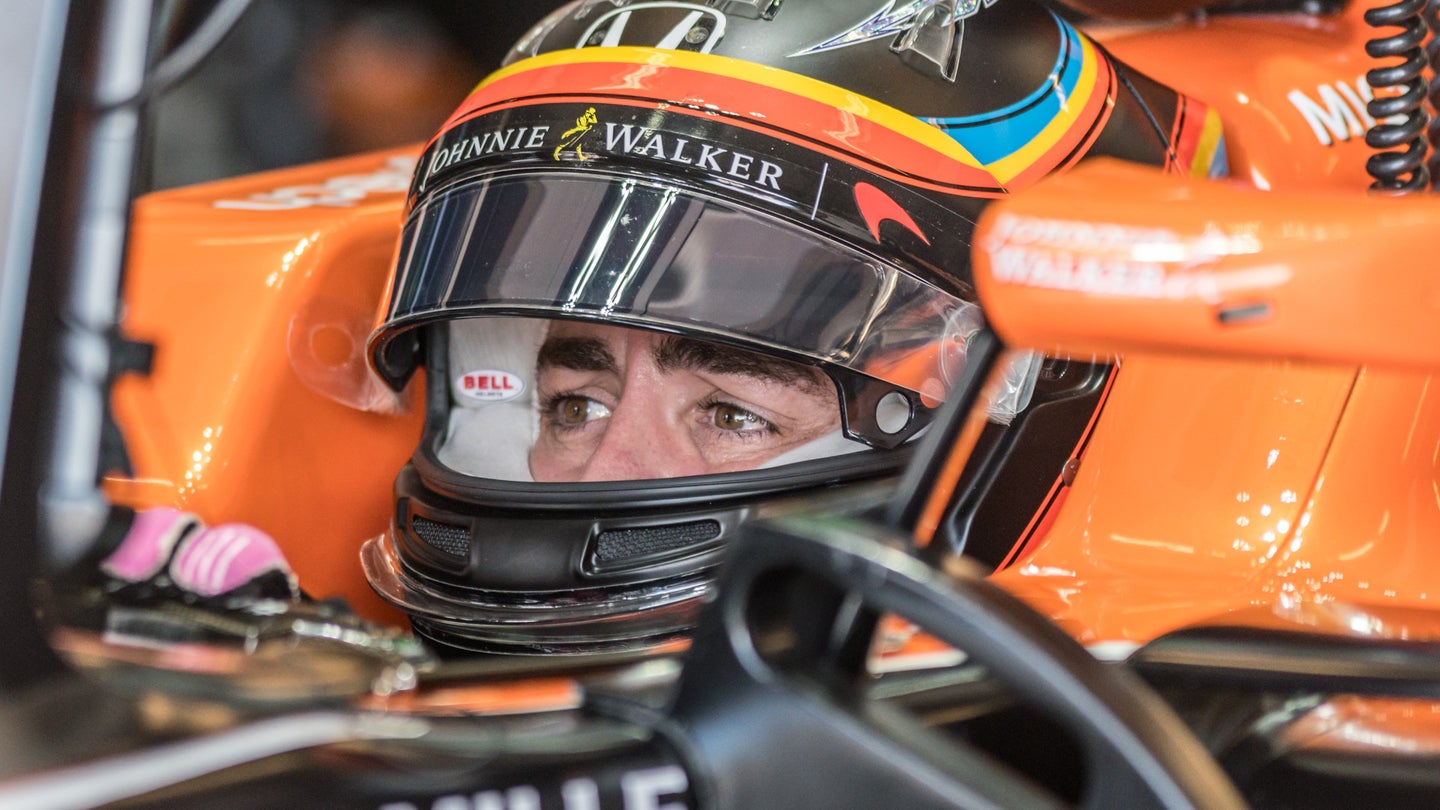 Two-time Formula 1 champion Fernando Alonso has made his goal of driving at Le Mans clear. He's expressed his ambitions to the public as well as McLaren team officials, and now, it seems like he could get his wish in 2018. Rumors swirled earlier in the month that the Spaniard could take part in LMP1 rookie tests for Toyota Gazoo Racing in Bahrain this weekend, a move which has recently been confirmed by the Japanese team.

While Alonso wasn't officially enrolled after the previous WEC rookie selections, his relationship with Toyota has allowed him to test-fit a racing seat as well as join in for this weekend's testing event. He reportedly practiced alongside Toyota veteran Sebastien Buemi in a TS050 Hybrid this Saturday. He was formally accepted into the kingdom of Bahrain as a guest of the royal family who holds a stake in the McLaren Group.

“We are very excited that Fernando will test our car," said Hisatake Murata, Team President. "When he visited us in Cologne everyone who met him could sense his enthusiasm and passion for our sport; he is a true racer.

“We very much respect his interest in different forms of motorsport and it is a pleasure to offer him this chance to drive a hybrid LMP1 car. It will be interesting to hear his feedback on the TS050 Hybrid.”

One of Alonso's self-professed goals is to complete the motorsport 'Triple Crown' consisting of Le Mans, the Indianapolis 500, and the Monaco Grand Prix. He competed at Indy in 2017 with Andretti racing although he came away empty-handed, suffering from an engine failure in the final hour. If he could achieve this accolade, he would join Graham Hill as only the second driver in history to do so.

It's possible that Alonso could participate in other LMP1 races next season as only the 6 Hours of Fuji intersects with the F1 calendar.