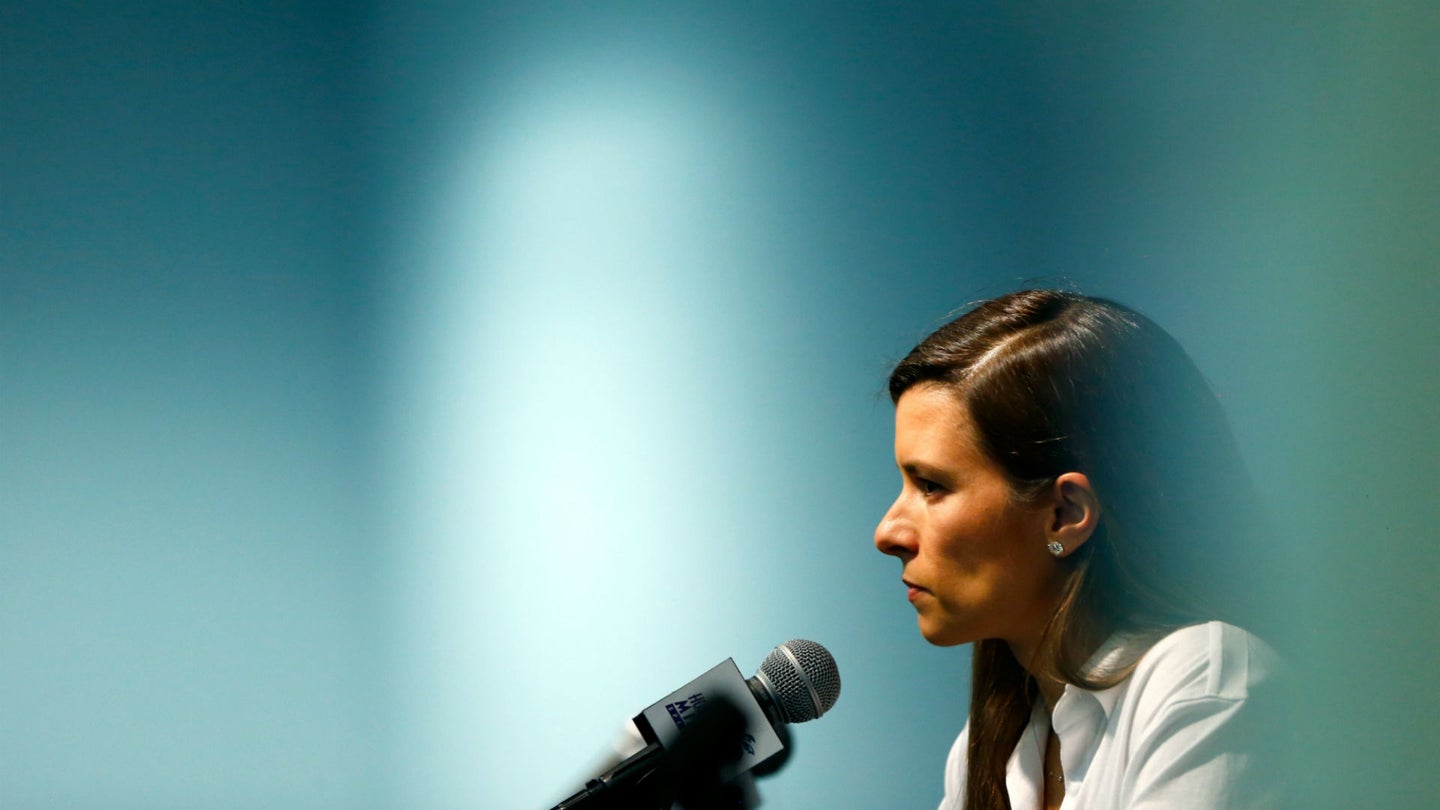 During an emotional press conference this Friday, Danica Patrick announced that she will be retiring from full-time racing after this weekend's contest at Homestead-Miami. The 35-year old revealed the decision as she enters the 2017 Nascar Monster Energy Cup Series finale on Sunday. Patrick says that she plans to compete in next year's Nascar Daytona 500 and IndyCar's Indianapolis 500, though she has not confirmed a sponsor for either race.

"I don’t feel like I was necessarily pushed into this," Patrick said amidst the tearful news. "I feel like I should be doing this. I feel like this is where my life should be headed. Sometimes we just get kind of nudged there. Sometimes it is big nudges, and sometimes it’s little.

"I definitely was faced with situations at the beginning of the year that I’ve never faced before. I’ve never had sponsor issues. It made me think about things. I’m excited about the next phase, trust me."

The veteran claimed that she was "down the road" with several sponsors for two of the largest races in 2018, though she didn't reveal who they were. Patrick then admitted that she originally had no plans to return to the IndyCar series, but after a spontaneous response to her agent Alan Zucker, she made the decision.

"I never thought I would do it," she said. "I always thought in my head never, but I never said never. We ran through so many different ideas. Different teams, different scenarios, just do these races, just do this race."

“He (agent Alan Zucker) called, and he said, 'What about finishing up at Daytona?' and I don’t know where it came from, but out of my mouth came, 'What about Indy?' I don’t even know why I said it necessarily, but it was really the first idea that got me really excited."

Patrick achieved many firsts throughout her racing career, perhaps most notably becoming the first woman to lead the Indianapolis 500. Additionally, she won IndyCar Rookie of the Year and was the first female to win an IndyCar series race in 2008 (Japan). In Nascar, she has achieved seven top-tens and one pole position at Daytona in 2013.