The Scot believes that Hamilton's career is still on the up-and-up. 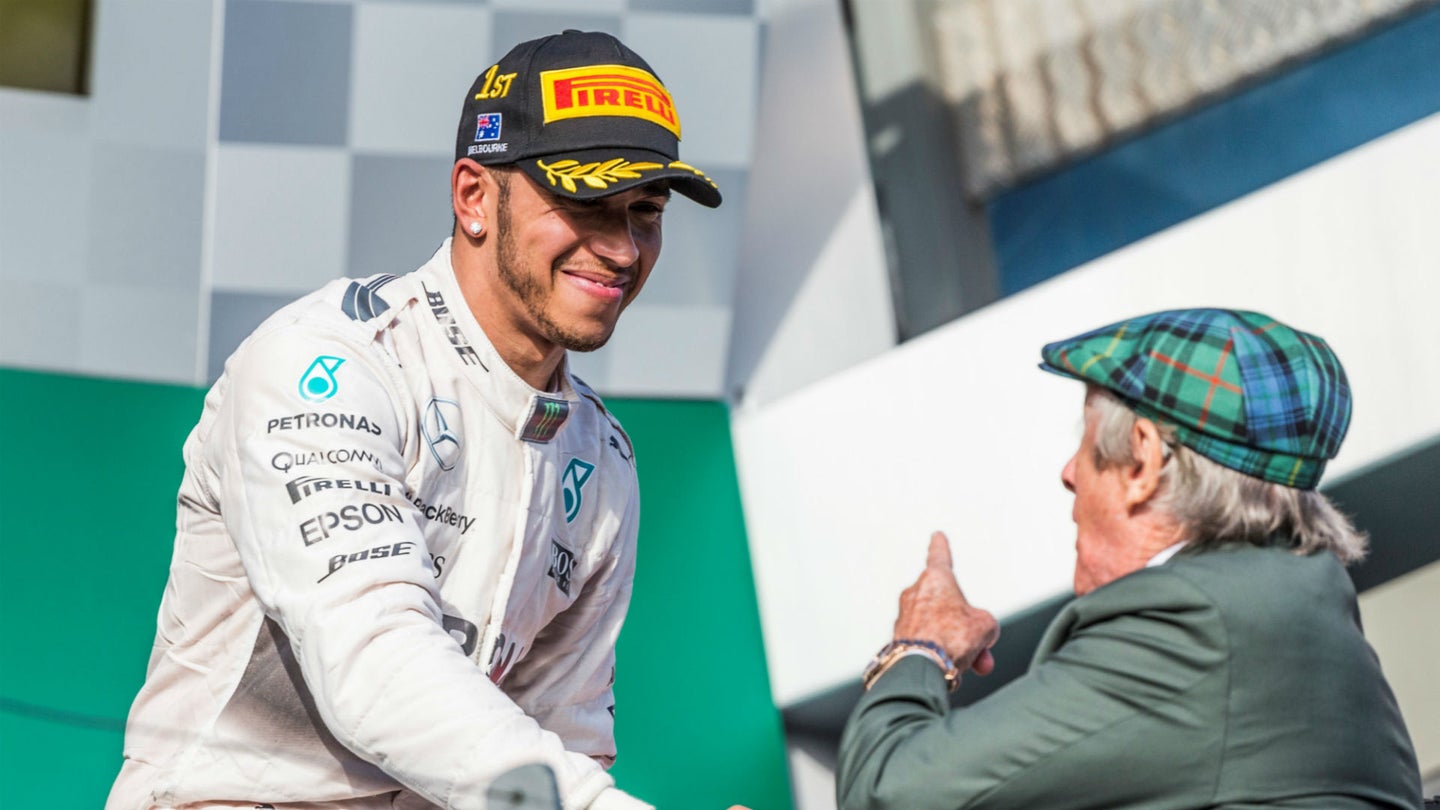 Mercedes' star Lewis Hamilton scored his fourth world championship on Sunday, eclipsing Sir Jackie Stewart's former record for British drivers. It also puts him in elite company with four others who have been awarded four F1 Drivers' Titles including rival Sebastian Vettel, Alain Prost, Juan Manuel Fangio, and Michael Schumacher. After watching the 32-year-old Brit join this holy quintet, Stewart had some major compliments for Hamilton by forecasting even more success in his future, perhaps even challenging Schumacher's record of seven titles.

“I think Lewis is a worthy winner this year, particularly the second part of the season,” said Stewart after Sunday's Mexico Grand Prix. “He’s driven extremely well and totally deserved the championship. A lot of questions have been asked of me because Lewis has now surpassed my record, in the British sense, of holding three world championships. I held it for 44 years, which is a ridiculous amount of time."

Stewart added that he wasn't upset by Hamilton's triumph, but instead, applauded him for his consistency and validated his standing among the sport's best.

“From my point of view, I have no regrets whatsoever. Records are made to be broken. It’s almost disappointing that no other British driver has come along during that period of 44 years to beat my record, therefore I congratulate Lewis completely for joining the likes of Alain Prost, Schumacher, Fangio and Sebastian Vettel [as four-time title winners]."

"There’s no doubt he’s a better driver than when he first won his first world championship,” said the Scot. “You mature, you learn. You never stop learning. If he races for many more years, he’ll become an even better driver. I don’t think he’s reached his true potential." Stewart continued, “Lewis has of course been much assisted by driving for two of the best teams in the world, McLaren and Mercedes-Benz. You need to be with those top teams to achieve [titles], you can’t do it just as a driver."

Stewart claimed that he doesn't expect Lewis to let up anytime soon, and his capabilities can surely match that of Fangio and Schumacher as he matures.

“There’s no reason to assume Lewis won’t go even further and challenge Schumacher’s and Fangio’s records, and I wish him the very best of luck on that. He’s earned everything and deserves every recognition for winning four world championships."

Hamilton already broke one of Schumacher's seemingly-unbeatable records earlier in the year by matching his 68 pole positions, eventually trumping it as he currently sits at 72 for his career.