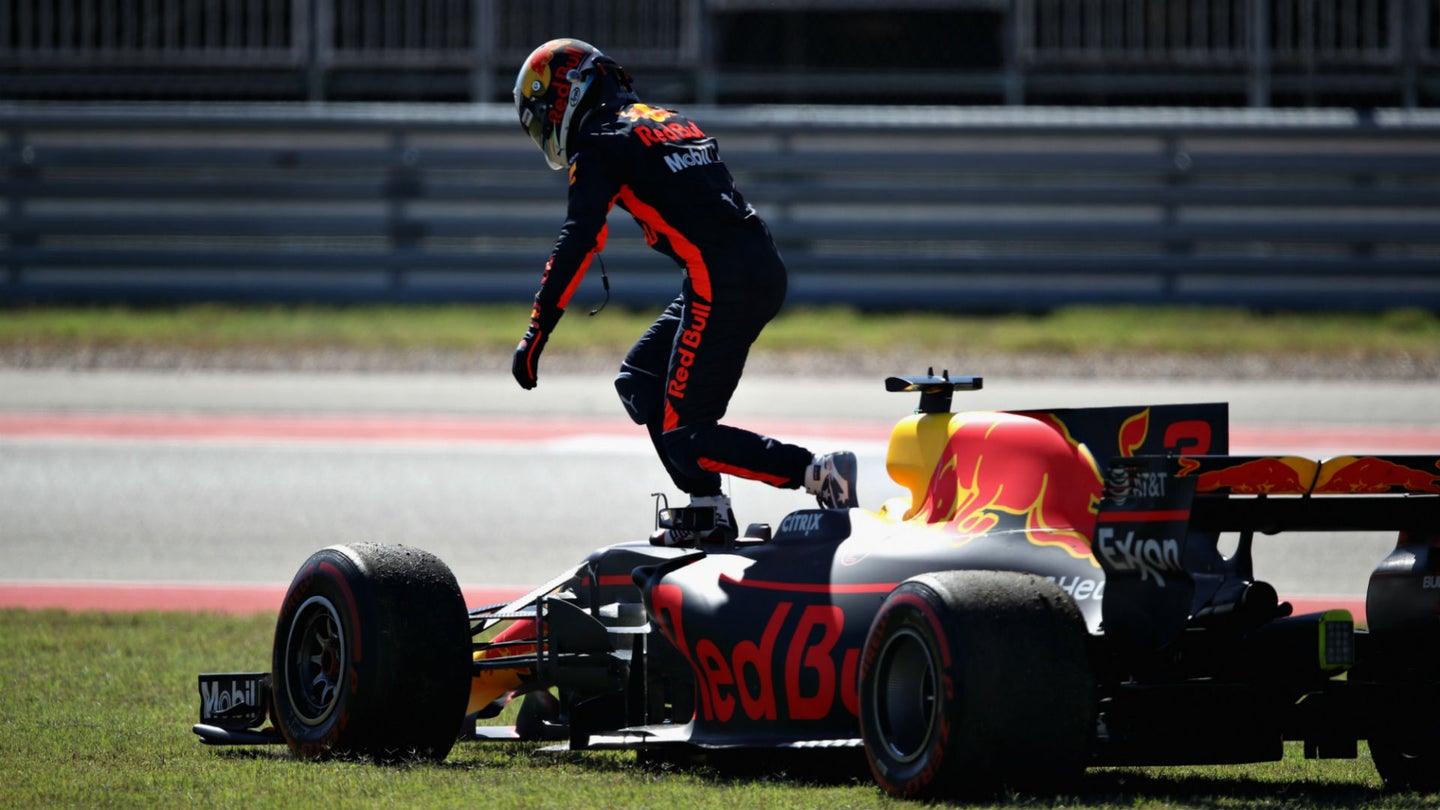 Despite Red Bull's Max Verstappen winning the Mexico Grand Prix in a Renault-supplied car, the engine manufacturer admitted that it had a hard time striking a balance between performance and reliability at Sunday's race. Verstappen's teammate Daniel Ricciardo, Renault's Nico Hulkenberg, and Toro Rosso's Brendon Hartley all suffered DNFs as a result of engine problems at Autódromo Hermanos Rodríguez, continuing what has been an already tough year for the French company.

Renault F1 managing director Cyril Abiteboul explained in a report with Autosport that poor decisions led to these tough results. These same issues have plagued other drivers in 2017 as well with Verstappen trudging through 7 DNFs of his own earlier in the season.

"We've made an error in the judgment in our preparation in the way we have been trying to balance performance versus reliability," Abiteboul claimed. "It's clear when you look at the pace of the car around the weekend, lots of teams have come here taking the right approach when it comes to dealing with engine parameters and chassis parameters."

It was known coming into the race weekend that things would be hard from a reliability aspect. Many regard the Mexico Grand Prix as the hardest race of the year thanks to harsh climates that rival tracks like Marina Bay in Singapore.

"We're extremely competitive. The flip side is that we weren't capable of being at the right level of reliability for that level of performance," Abiteboul continued. "At the same time, it's a judgment that has allowed a car powered by Renault to be on the top step of the podium."

The Mexican Grand Prix circuit is notoriously tough on cars as it sits at an elevation of 1.4 miles (2,200 meters). This altitude is crucial for teams to take into account going into the race and has been a deciding factor in many past races. Abiteboul continued:

"It's the climatic conditions but we knew that. We have been racing for two years here. We know what to expect. There is no excuse. We [need to] maybe take a bit more of a humble stance and accept the fact that the engine needs to be managed.

"We have to understand what went wrong in the preparation for this weekend."

Red Bull boss Christian Horner explained that his team was concerned with its Renault powerplant's cooling abilities on Sunday. In fact, Verstappen was ordered to slow down while attempting to set the fastest lap of the race to make sure that his car did not overheat. This, Horner explained, was something that his crew had to keep in mind as they had seen it too many times before this season with Ricciardo suffering a DNF in Austin last week.

"All we could do was manage temperatures on Max's car and keep them as cool as possible," he said. "So we turned the fuel flow right down, we built in so much margin that the temperatures were running as low as they were in Japan, for example.

"He did a very, very good job of keeping everything very much under control."