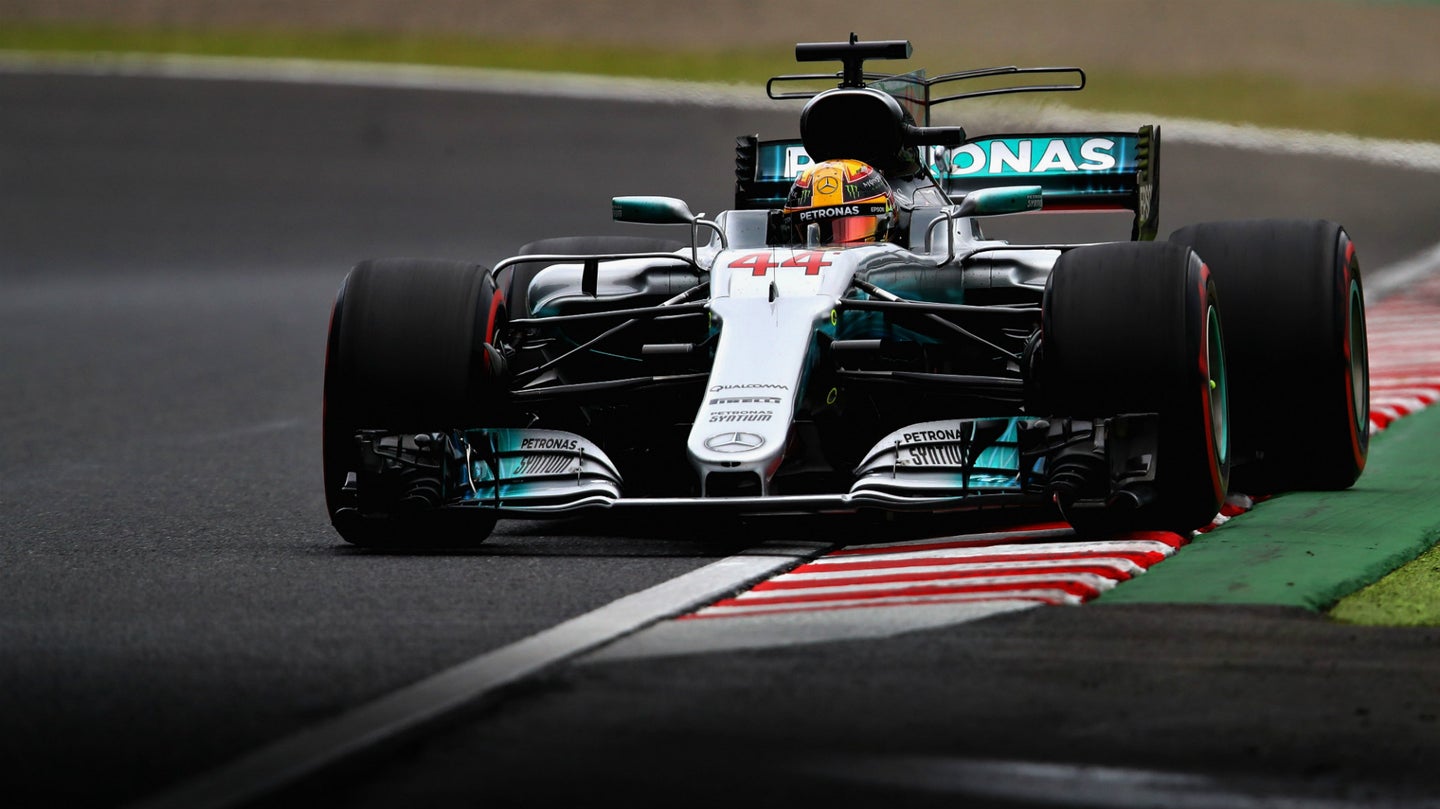 Mercedes' Lewis Hamilton won Sunday's Japanese Grand Prix at Suzuka, followed by Red Bull Racing's Max Verstappen and Daniel Ricciardo. Ferrari's Sebastian Vettel, placed second in the world drivers' championship, had inklings of engine problems prior to the race, with NBC reporting that Ferrari had Vettel's engine cover off a mere ten minutes before his SF70-H needed to be ready to race, with SkySports reporting a spark plug problem. Ferrari, without enough time to fix the issue, decided to take the risk, and field Vettel's car. That risk that failed to pay off, as Vettel suffered from a power loss that saw him lose several positions over the first several laps, and despite Ferrari's efforts to patch together a solution, they were eventually forced to box Vettel.

Kimi Räikkönen suffered no reliability problems, but struggled in the early stages of the race, eventually recovering to finish P5 behind Valtteri Bottas. Further down the field, Force India and Haas capitalized on strong performance by both drivers and cars to bring home double points finishes each. Felipe Massa rounded off the points finishers, staving off Alonso to the finish.

Lewis Hamilton's championship lead is nearly, though not mathematically, insurmountable for Sebastian Vettel. At 59 points, Hamilton would almost certainly need to suffer a retirement of his own for Vettel to close in on him by season's end, as the four races remaining offer enough points for Vettel to leapfrog Hamilton. That said, Vettel's odds remain unfavorable, even if Hamilton is sidelined by mechanical problems of his own.

Vettel may even have reason to worry about Bottas overtaking him in the championship, which Valtteri has stated he intends to do. Bottas' P4 finish places him only 13 points adrift of Vettel, and with four races to go, there are more than enough points available to allow this position swap to occur.

Max Verstappen was voted the Japanese Grand Prix's driver of the day.