The team of Juan Pablo Montoya, Helio Castroneves, and Simon Pagenaud will duke it out at Road Atlanta next week. 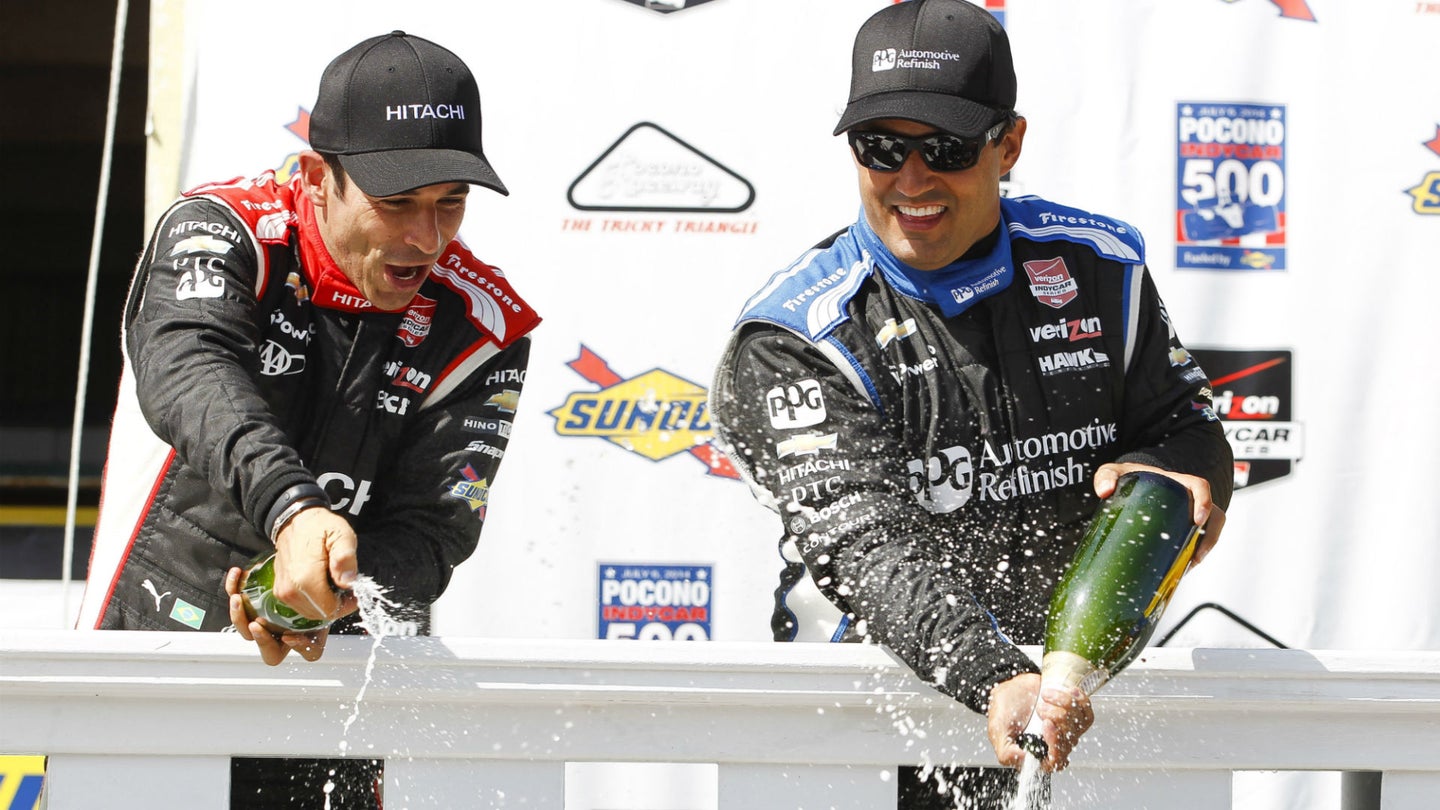 Team Penske has been taking its new Acura ARX-05 DPi venture seriously this year. So far, the crew has already been spotted testing at Sebring and its star-studded group has been taking time out from their racing schedules in preparation for next season. Now, prior to its proper class-debut in 2018, staff drivers Juan Pablo Montoya, Helio Castroneves, and Simon Pagenaud will be racing an Oreca 07-Gibson LMP2 at next weekend's Petit Le Mans.

The team made the announcement on Thursday that it will be competing in one of IMSA's biggest events of the year. Hosted at Road Atlanta, the 10-hour endurance race sets the stage for the final race of the season with WeatherTech Sportscar Championship competitors fighting in their respective classes to close out the year.

Montoya, Castroneves, and Pagenaud have all raced for Penske in IndyCar, and Simon has experience at Petit Le Mans as well, winning it in 2010. The LMP2-spec Oreca 07 they will be entering shares a chassis with their Acura prototype and all three drivers have tested both over the course of the year.

In an announcement, Team Penske president Tim Cindric said, "﻿We’ve had this race on our radar for some time, but we wanted to wait until we were able to get our drivers some testing at Road Atlanta prior to committing, as it is a very fast track and these cars are very different to drive from an IndyCar. Unfortunately, we confirmed this the hard way as we have had to totally rebuild our car after an incident during testing last week."

Oreca was able to bust out another machine for Team Penske to use at the October 7th event after the aforementioned crash. The event at Road Atlanta will be the team's last competition before they enter full-time racing at January's 24 Hours of Daytona.

The Drive will be on site covering the Petit Le Mans event next week, so expect a full spread on the superstar group's efforts come race's end.