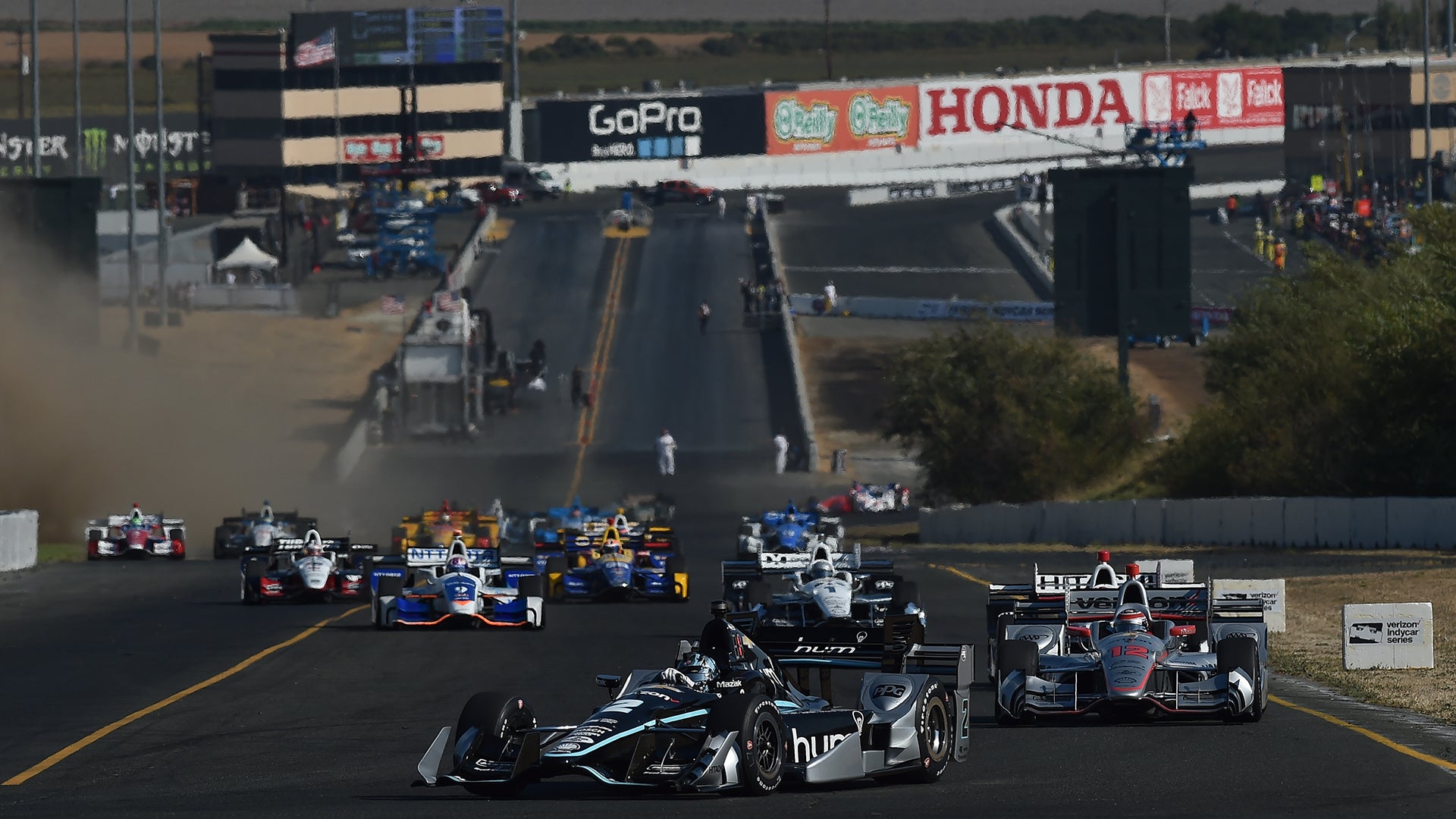 The 2017 IndyCar season is over. American Josef Newgarden has been crowned the champion, and rightfully so. It was an amazing season. It was the season IndyCar needed to show the world that it's back and better than ever.

After the Champ Car/Indy Racing League reunification in 2008, the series had been struggling to find itself and its fans. America's premier open-wheel racing series was struggling. The series was using a now outdated chassis and the racing wasn't nearly as exciting as it could have been. The chassis in use in 2008 had been in service since 1996 but it was a necessary evil to carry it forward in the years following the merger.

In those years, fans were also left wondering what was happening. When Indy and Champ were split, it was confusing enough. The years from 2008 through 2011 were rough. The series was just sorting itself out and devastated by the death of Dan Wheldon in the final race of 2011. Oddly, this tragedy seemed to be a much-needed catalyst for change.

Dallara already had a new chassis in the works for the 2012 season, which was named the DW12 in honor of Wheldon. You can read a little more about it here, but with the new chassis eventually came unique body kits from engine suppliers Chevrolet and Honda.

The competing body kits were supposed to come out in 2012 but were pushed back to 2015. The DW12 brought with it better racing and bigger crowds. The body kits only made things better, for the most part. It didn't go exactly as envisioned. After a few tweaks, 2017 was the season IndyCar had been wanting since 2012.

The 2017 season had so many spectacular, heartbreaking, and unbelievable moments, it's nearly impossible to list them all.

The season opener saw Sebastien Bourdais finally win in his adopted hometown of St. Petersburg. He took second place at the next round in Long Beach. Bourdais and his team, Dale Coyne Racing, were taking it to the big boys at Andretti, Ganassi, and Penske.

While that was shocking enough, even more so was the fact that the season went nine races before having a repeat winner. Over the course of the season, there were a total of ten different race winners. The competition was tight and fierce and fans ate it up. Going all the way to the end of the season, there wasn't a runaway leader in the championship. There wasn't even a two or three-way fight that left everyone else far behind.

And great racing it was. There were close finishes, tons of on-track passing, and some very close calls. Almost every race was really enjoyable for the fans to watch, though some weren't. The night race at Texas Motor Speedway was certainly spectacular, but for the wrong reasons. Most of the field didn't make it to the end of the race.

Somehow, in the midst of a such a great season, IndyCar had one of the most memorable Indy 500s the series will ever have. Several things happened over the course of the months leading up to and during the race that put IndyCar back on the world stage. IndyCar stole the show from Formula 1.

The biggest story of the Indy 500 was Fernando Alonso. Over in Formula 1, Alonso's McLaren-Honda was less reliable than a Ford Pinto. The complete lack of a competitive car was the catalyst for Alonso to skip the Formula 1 crown jewel race at Monaco and instead enter the Indy 500 under the Andretti Autosport umbrella. This was a coup d'état. IndyCar had the attention of the world. Don't forget that this coup started a year earlier with F1 orphan Alexander Rossi winning the Indy 500 in 2016. People took notice. Alonso took notice and pounced on the opportunity to make a play for auto racing's triple crown.

Adding to the drama as the world watched was Bourdais' horrific accident during qualifying and Scott Dixon's equally horrific wreck in the race. No one wants there to be accidents like these, but they happen. The more death-defying they are, the more attention they garner. It's a sad but true fact.

Over the course of the Indy 500, Alonso was a contender but ironically his Honda engine gave up and ended his day. Rossi had a solid race as did a few other former Formula One racers. Max Chilton had a decent day, as did Takuma Sato. In fact, Sato won it. The Formula One world was in shock. One current and three former F1 drivers put on a far better show than Formula One did at Monaco. There was no question now that IndyCar was back and ready for the world stage again.

One more thing happened during the Indy 500 that IndyCar had been working towards and finally made happen. Visor Cam. Every racing series has in-car and on-car cameras that give the fans a great view of the race. Up to this point, no one had really been able to give a true first-person point of view of what the driver sees.

To that end, IndyCar had been developing a helmet-mounted camera. You can't stick a Go-Pro on the helmet of a race driver. That just won't work for so many obvious reasons. IndyCar developed a camera that would deliver a high-quality live feed from the top of the helmet without bothering the driver or disrupting the airflow over the car.

IndyCar began work on on Visor Cam in 2014 and started posting weekly videos from it in 2016. The results were usually a driver on a solitary lap around a track during a practice session. In 2017, the camera got live broadcast capabilities. IndyCar waited until the right moment to give Visor Cam the spotlight. That came during the Indy 500. The camera was mounted atop Graham Rahal. It went live during the race and gave viewers a first-person view of driving 220 mph around Indy in race traffic.

During testing for Visor Cam, Brian Simpson, IndyCar's Manager of Digital and Social Media, told The Drive that whenever the series posted a video from Visor Cam, online activity and traffic would spike. The fans loved it. IndyCar knew they were on to something that no other series had. IndyCar gave Visor Cam a live debut when the world was watching. Formula One doesn't have Visor Cam but I bet they will very soon.

The final piece of what made 2017 IndyCar's best in a long time is the series' interactions with its fan base. Along with Simpson, we also talked to IndyCar Vice President of Communications, Curt Cavin, about what the series is doing in person and online that has strengthened its relationship with the fans.

Going back to Formula One for a second. With its new owners, Liberty Media, a lot had been said about Formula One finally figuring out that the internet and social media exist. IndyCar has been well aware of this and has been using social media like a champ for a few years now. Both Cavin and Simpson tell us that IndyCar set out first and foremost to listen to the fans. The fans spoke and the fans received.

There are only so many races a season so that it a lot of time during the year when cars are not on track. IndyCar has been mastering social media to keep fans coming back and getting out to races. Simpson says that the IndyCar's social media growth since 2014 is as follows: Instagram followers are up 609 percent. Twitter is up 203 percent. Facebook has increased by 251 percent. Simpson told us that IndyCar prides itself on not buy followers for their social media accounts. There are other series that may have more followers, but IndyCar is proud of its organic growth that is from real fans.

This year saw the hard work of growing the series' fan base pay off with a stellar season. It's a mutually-beneficial relationship. If IndyCar does everything it can to deliver great racing and positive fan experience, the people will come. And if the people come, they'll tell you what you did right, wrong, and what they want more of. In 2017, it all worked. Everything came together. The series has never seemed stronger since the reunification in 2008.

So what is next for IndyCar? It's time again for a new car. Gone in 2018 are the engine manufacturer specific body kits. Coming in are universal body kits. IndyCar again listened to the fans and designed a car that looks back its history and forward into the future of racing at the same time. It is a beautiful car that should make the racing even better.

This year's champ, Josef Newgarden takes his seat on the IndyCar throne as the series aims to take on the world again next year. He is the first American champion since Ryan Hunter-Reay in 2012. To have an American back on top in America's internationally diverse premier open-wheel racing series just feels right. The post-reunification era is over. IndyCar is back and it's not going anywhere anytime soon.