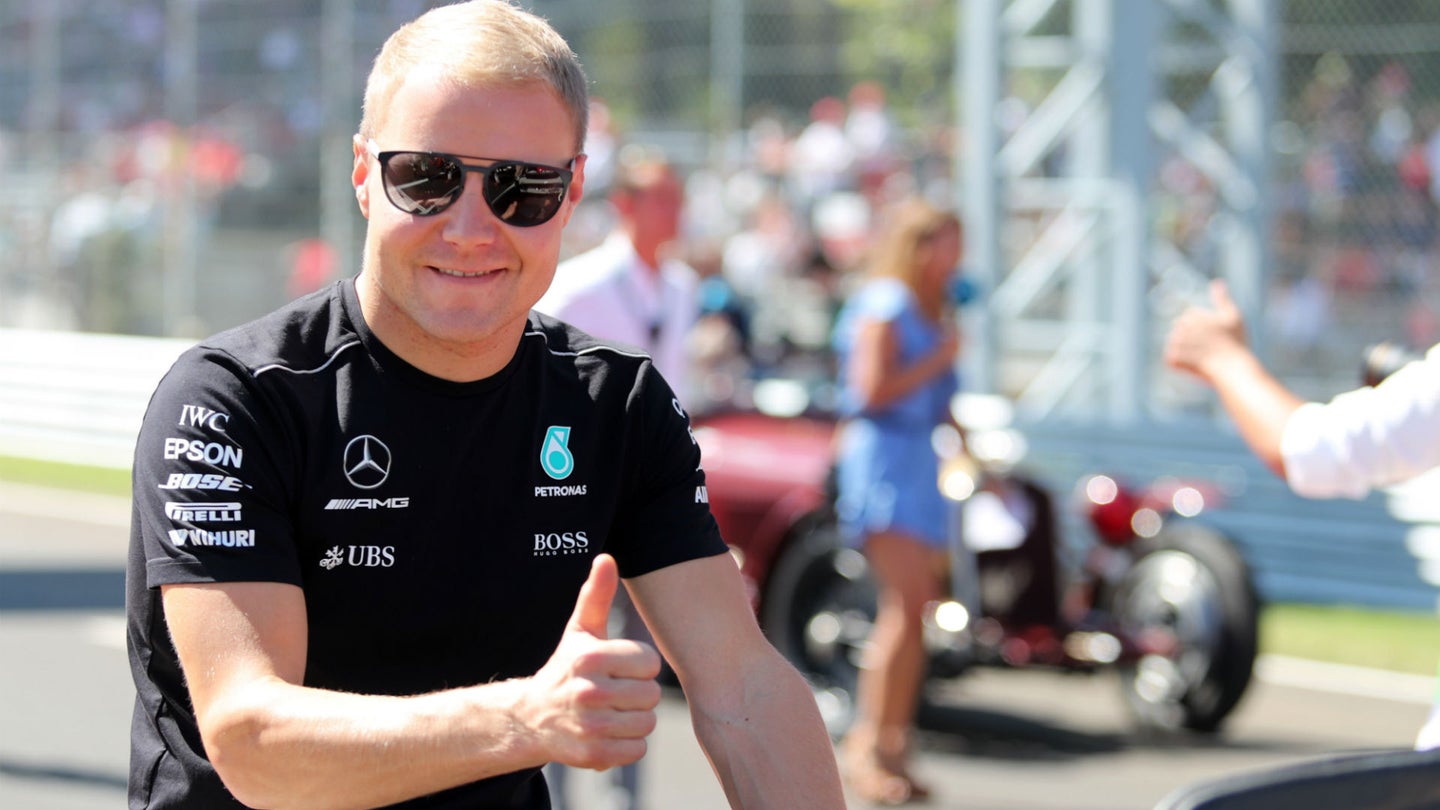 After calling a contract extension with Valtteri Bottas "almost a no-brainer", Mercedes has officially retained the talented young driver for the 2018 season. This comes after a strong first year with the AMG bunch, winning two races in 2017 and aiding Mercedes' efforts towards a substantial Constructors' Championship lead. He currently sits in third place for the Drivers' Title as well, placing behind teammate Lewis Hamilton and Ferrari's Sebastian Vettel.

Bottas announced the deal on Twitter recently, showing that he'll be with the team for at least another year.

Team boss Toto Wolff had high praise for Bottas, Motorsport.com reports, applauding him for his ability to step into his position and perform well from day one.

"We gave Valtteri a big challenge this year: joining the team at the eleventh hour, stepping up to the forefront of F1 and pairing with the sport's best driver as his teammate."

He then noted that his achievements were perhaps even more impressive, notching up his first victory at Russia and then one more at the Austrian Grand Prix.

"Overall, the balance of his performances and his upward trajectory made it a no-brainer for us to continue with him into 2018. For our team, the bonus factors are the respect and sportsmanship that have grown between our two drivers."

This will keep both Bottas' and Mercedes' options open for 2019, a year that's expected to be a hit for driver free agency. As the situation currently stands, Mercedes, Ferrari, McLaren, and Red Bull will all have open seats come two years from now, making it interesting between the sport's top teams.

No news has been revealed from AMG on what its future plans include, but expect Hamilton to sign a big-time deal, keeping him with the crew at least until Sebastian Vettel's contract with Ferrari ends in 2020.

Bottas added: "I am honored and proud to continue to work with Mercedes in 2018 and to remain part of the Mercedes family."