Vettel 'Not Too Stressed' After Losing Championship Lead at Monza 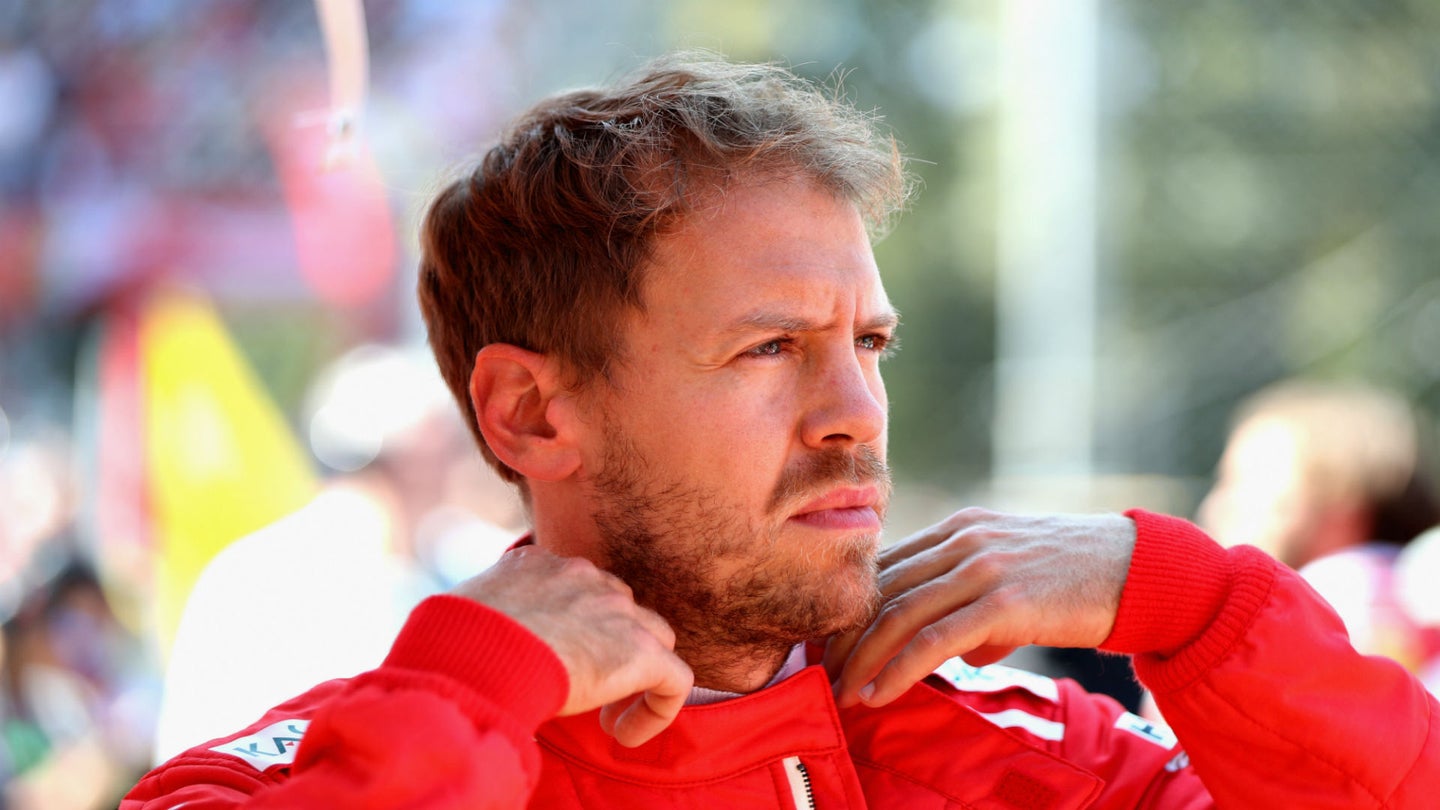 After a dominant outing by Mercedes-AMG at Sunday's Italian Grand Prix, Ferrari driver Sebastian Vettel surrendered his Drivers' Title lead to three-time champion Lewis Hamilton. The Brit was able to outpace the Maranello crew on the fast Monza circuit, with the track certainly falling to his advantage. Vettel took note of the situation and explained that he was "not happy" with the results, but according to the German, he's not too worried after last weekend's contest.

Before Sunday, Vettel had led the driver field in points for the entirety of this 2017 season, and Hamilton's ability to claim back-to-back wins at Spa and Monza was also a first. As for Ferrari, it still sits in second place for the Constructors' Championship, though Mercedes has been able to widen the gap to 62 points with the last two races playing in its favor.

“It was clear they were quicker than us today,” said Vettel to reporters after coming in third at his team's home race. “But despite that, although I’m not happy I think we can accept the result. We did what we could and that’s what it’s about. The podium I think makes up for everything this weekend.”

The power deficit between Ferrari and Mercedes was expected to factor in to the race at Monza, but Vettel's car also seemed to have braking issues during the event.

“After my off something was wrong with the car,” he explained. “The car was pulling to one side and I didn’t trust the car under braking anymore, so I just tried to control the gap." Vettel continued, "I couldn’t push – obviously braking here is immensely important, so it’s a no-brainer then that you’re losing some [time]. But I had a gap and I just tried to keep it at the end. It worked and that’s the most important thing.”

Vettel noted that this season isn't over, and it's his position after the last race in Abu Dhabi that really makes the difference.

"I’m not too stressed and very much looking forward to the next races," said the four-time champion. "I know this team has still got a lot in them. We need to keep pushing no doubt, Mercedes is still very strong and a little bit ahead at the moment. But it’s not the end of the season.

“For sure it’s better to be in the lead, but the most important is to lead after the last race. The rest, no one remembers.”

The driver's next challenge will be in Singapore, a race that Vettel has won four times in his career. If he can achieve a similar result at this weekend's event, he could have hopes of reclaiming his lead before the last handful of races in 2017.