Formula 2 championship leader Charles Leclerc has lined up a run of Free Practice One appearances for the Sauber Formula One team. After Ferrari confirmed both Sebastian Vettel and Kimi Raikkonen for 2018, Leclerc, a Ferrari junior driver, has been tapped to get a race seat at Sauber in 2018. With these FP1 drives, he moves ever closer to securing a spot on the team for 2018.

Leclerc will be making his practice appearances at Malaysia, the United States, Mexico, and Brazil. Formula 2 has a race at Jerez the same weekend as the Formula One Japanese Grand Prix, which makes him unavailable to drive the Sauber that weekend. If Leclerc has won the Formula 2 Championship before Abu Dhabi, look for him to make an appearance in FP1 there, as well.

Sauber has not said which current driver, Marcus Ericsson or Pascal Wehrlein, will sit out the sessions to make way for Leclerc. It's a safe bet to say that if one driver is asked to give up his seat for all four or five sessions for Leclerc, rather than splitting between the two, that driver won't be with the team in 2018. But which driver would Sauber be willing to let go?

Swiss driver Ericsson has strong ties to the Swiss investment firm that owns the team. Wehrlein, even having missed the first two races of the season, has outperformed Ericsson and scored the team's only points this year.

Right now, Ericsson brings a lot of sponsorship money with him to the table, which Sauber desperately need. But if Wehrlein scores enough points for Sauber to overtake the ever-struggling McLaren-Honda for ninth place in the Constructor's Championship, that could be worth more than Ericsson's sponsor money. Sauber is only six points behind McLaren, so it won't take much to catch them. But with the car Sauber has, it's a big ask to outscore McLaren for the rest of the year.

At this point, Sauber has most likely shifted all of its resources to work on the 2018 car. McLaren has done the same with its car, but Honda is still flogging away at the power unit. McLaren-Honda have the better shot at holding its ninth place in the championship.

Of course, Wehrlein is also a Mercedes-backed driver currently driving for a Ferrari-powered team. With the Ferrari-backed Leclerc waiting in the wings, championship points will have very little weight as a bargaining chip.

So where would that leave Wehrlein? Mercedes could move him to Force India since Sergio Perez and Esteban Ocon are not on the best of terms right now. Maybe he could end up a Williams if a seat opens up over there. But any team with an open seat is likely to place a call to Fernando Alonso first. But Alonso could be heading state-side to drive in IndyCar. There are also all sorts of rumors about McLaren switching to Renault power while Toro Rosso would switch to Honda. And don't forget Robert Kubica is in the paddock as a guest of Renault this weekend at Monza.

Through all of this, Leclerc's manager, Nicolas Todt, is confident Leclerc will have a  Formula One race seat in 2018. Speaking to F1 Today, he said: "Charles is a unique driver. That is obvious. This year, his priority is to win the Formula 2 title, which is something very few drivers have managed to do on debut. My goal is that he gets to Formula One next season. I cannot say that this will definitely happen, but given Charles' achievements in Formula 2, I think nothing will prevent his F1 debut in 2018."

If all of this makes your head spin, don't worry; it will be over soon. We're at the point of Silly Season where the pieces fall into place with a quickness. All of this nonsense about who will or will not have a Honda engine next season needs to be resolved now. The teams in question need something concrete in order to move forward with their 2018 car. Once the power unit questions are answered, there will be more clarity in the driver's market. 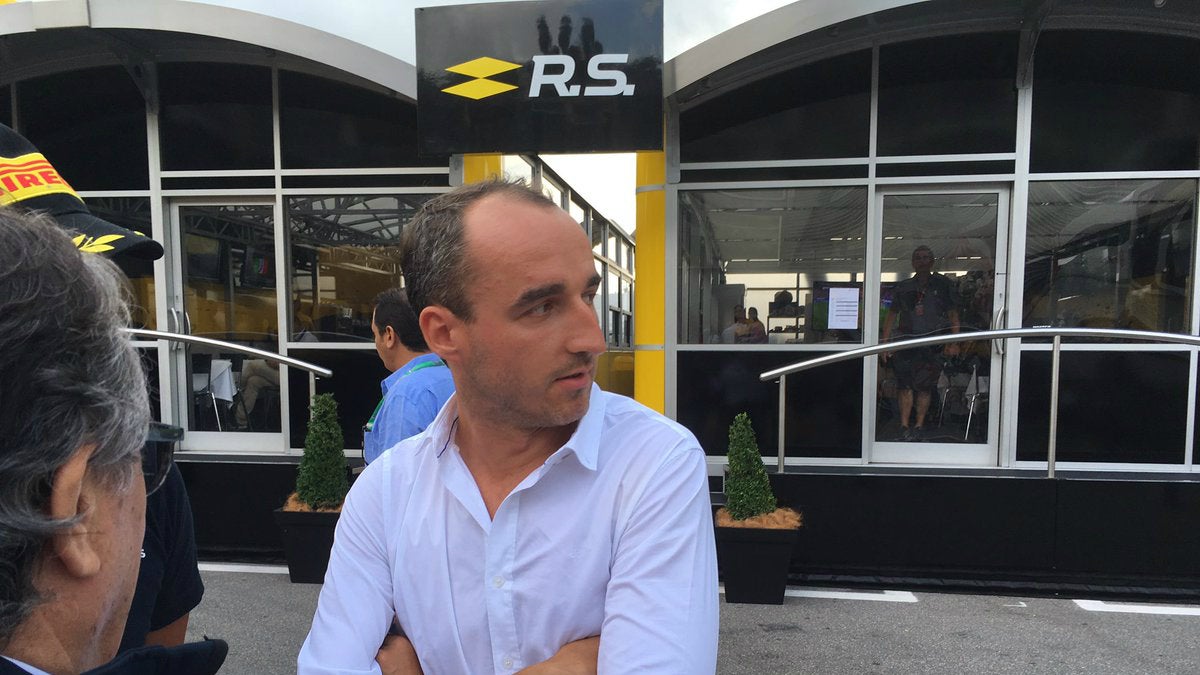 The Polishman, linked to a potential return to Formula One with Renault, was spotted at the Italian Grand Prix’s practice session Friday. 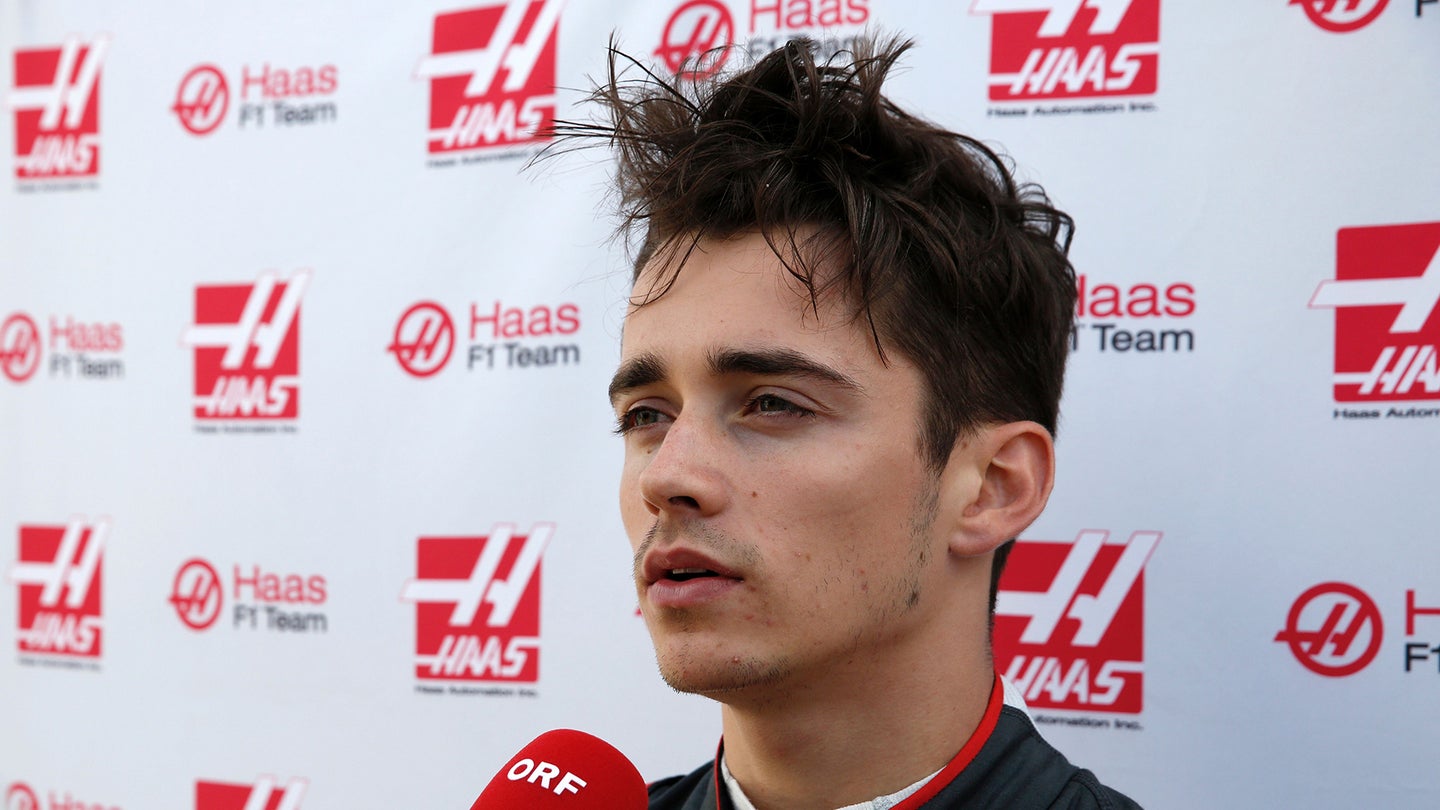 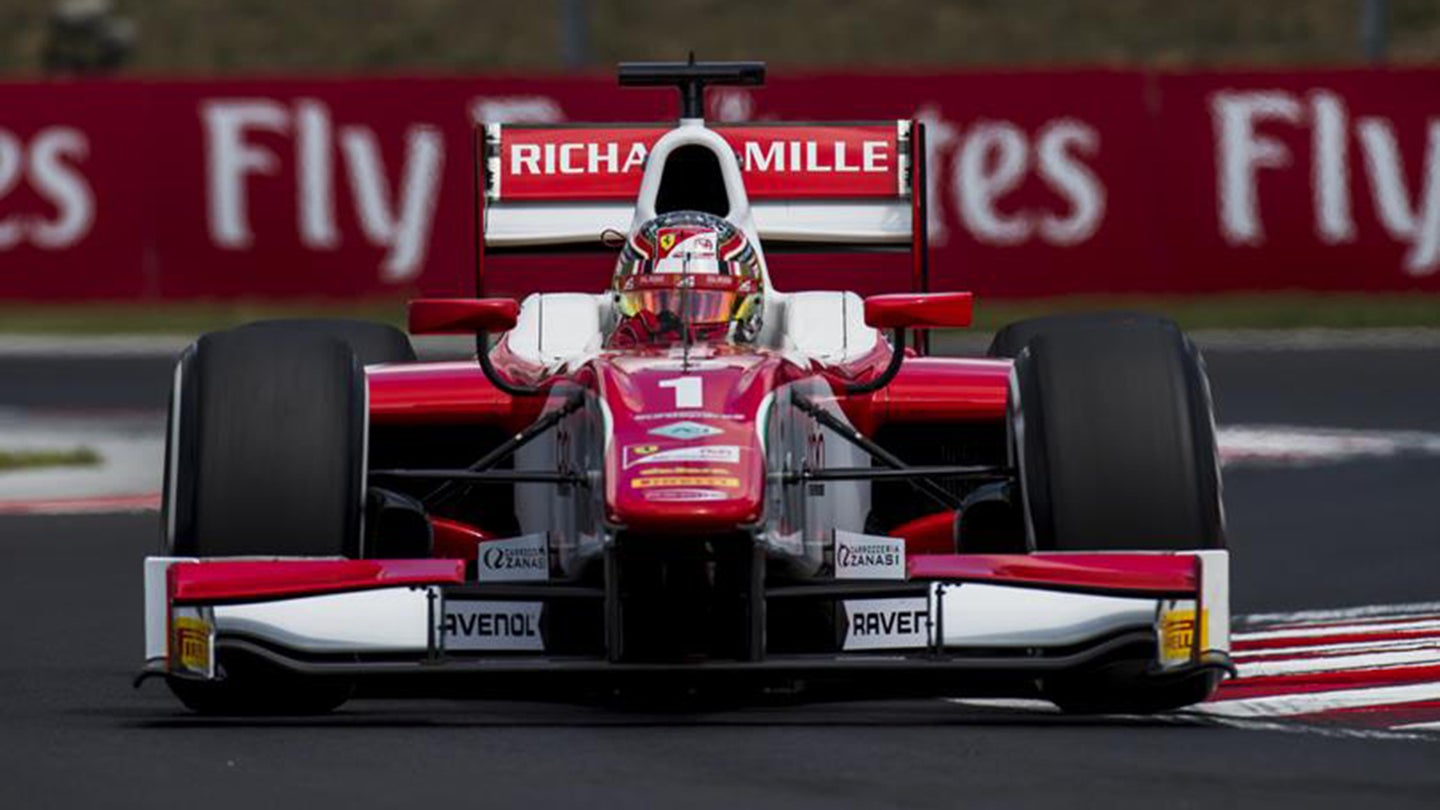 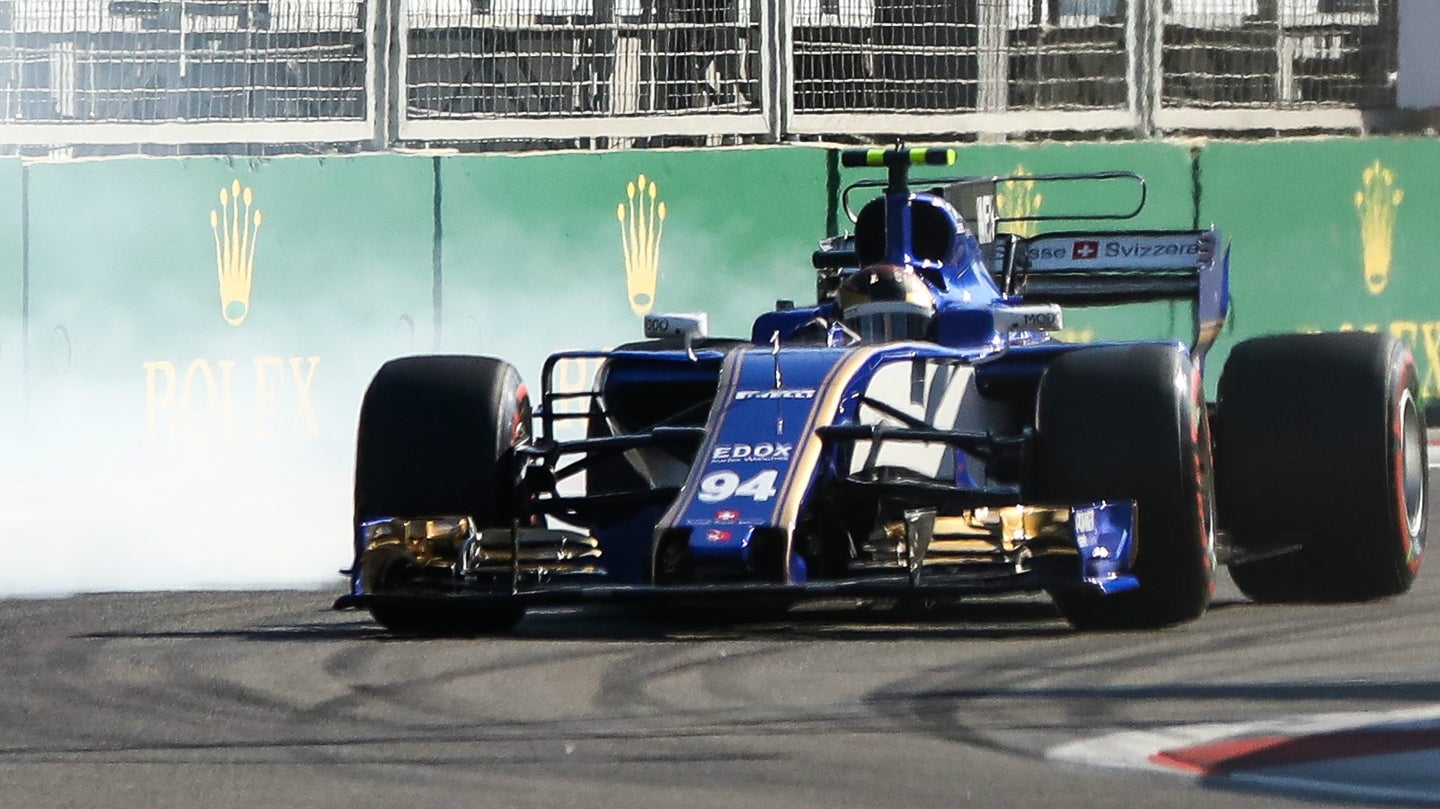 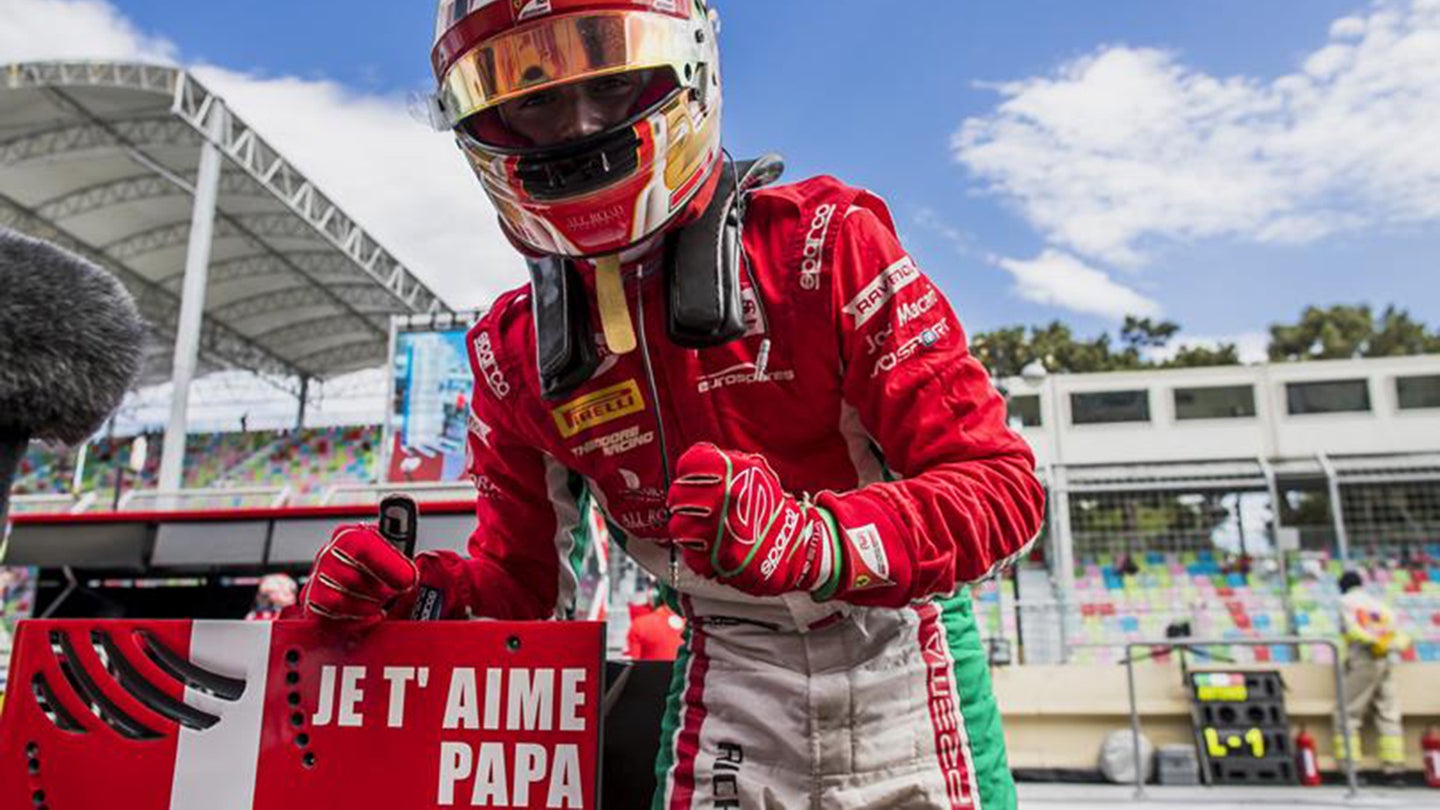