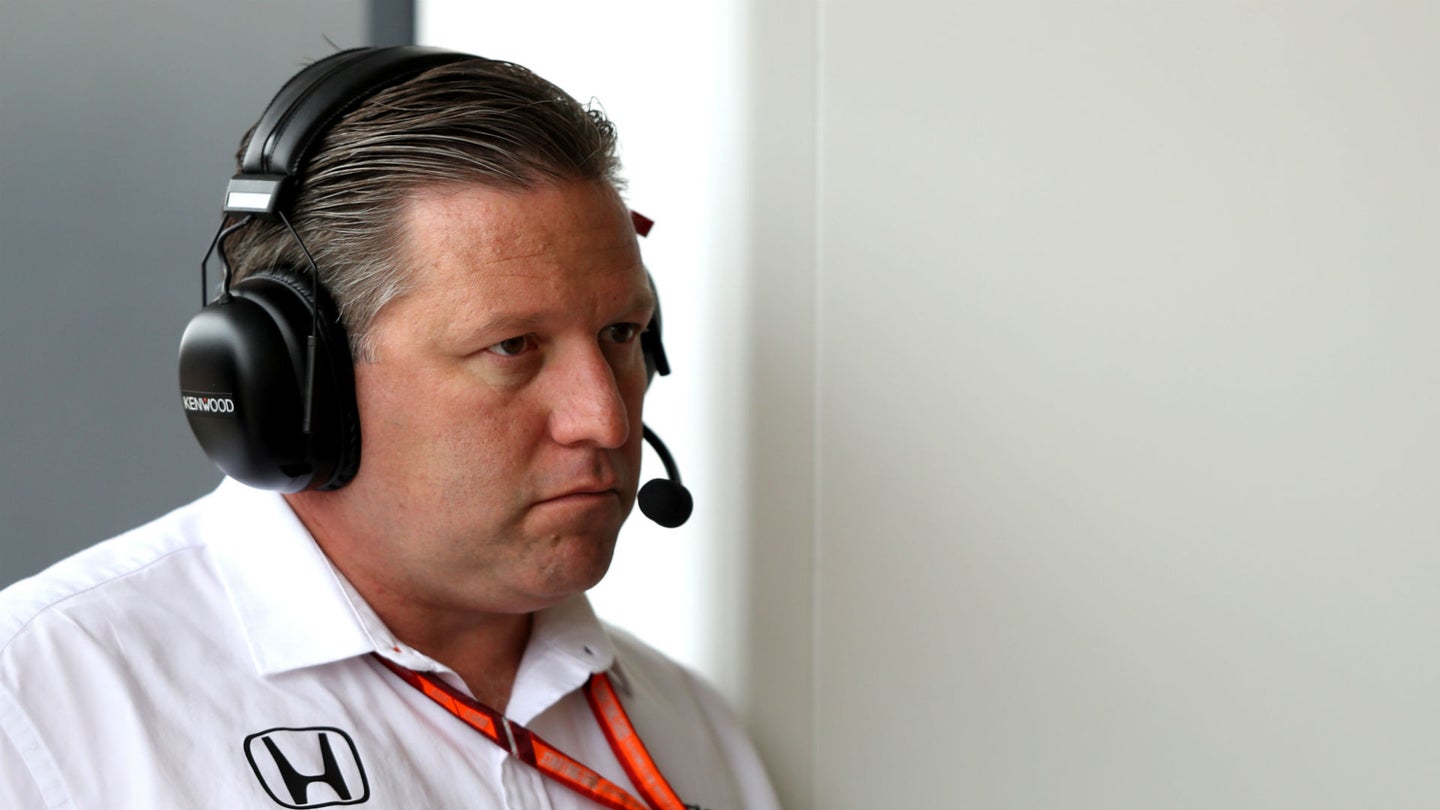 With Porsche leaving after 2017, the future of LMP1 racing at Le Mans is in limbo. Toyota remains the sole manufacturer with intent to continue in the sport, and once it nabs its first overall victory, rumors indicate that it, too, could leave in order to save costs. However, if the WEC were to lure in new teams to participate in the series' top tier, the prototype class could continue on—and it seems like that may hold some interest for McLaren.

According to Motorsport.com, McLaren's Zak Brown has expressed the marque's interest in returning to the Le Mans series. Having won the 24 Hours race in its only entry back in 1997 with the fabled F1, the British manufacturer believes it could be a worthwhile investment if rules were revised to lower the cost of entry.

"I believe the WEC has an opportunity to hit the reset button," said Brown. "I'd love them to get back to the Porsche 956 or 962 days, where factory and privateer teams can race together knowing they each have chances of winning.'

He continued on noting that things would have to change, however, for his team to join in.

"Right now, with the current rules, that's just not possible. But look at the success of the LMP2 category, where costs are controlled for the benefit of everyone, so I'd like to see that kind of thinking transferred to LMP1."

Brown still wants to see the same push for technological advancement, however. He pointed out that the current surge in hybrid tech is admirable, and it remains one of the largest allures to the series. If the WEC could find a way to keep this ethos intact while keeping costs down, Brown feels that several others could return to LMP1, as well.

"It's a bit like the DPi situation in IMSA. The manufacturers have spoken with their feet over there. If the WEC can replicate the same spirit and cost effectiveness of a rules package with an element of hybrid technology—of which I'm a big fan—then we're interested," Brown said.

According to Brown, McLaren has a magic number in mind: $20 million, a fraction of what the company spends annually in Formula One. If this were a realistic cost for a full WEC season, he says that McLaren would eye a comeback. He notes that LMP2 costs are only a quarter of that, and they are just as fast as LMP1 cars were just a few years ago.

"Relative to the increased expense of LMP1, at the current levels of spend [LMP1] is not a 20-times better deal. But put those lessons into an LMP1 car, say for a budget of $20 million, and we'd be very interested."

He added: "R&D needs to be a benefit for any manufacturer in motorsports, but it's not the only reason to do it. If it's not an efficient spend, there's no point—it should be in proportion to the payback. At end of day, motor racing is a marketing exercise."