He narrows Sebastian Vettel's lead in the driver's championship to just seven points. 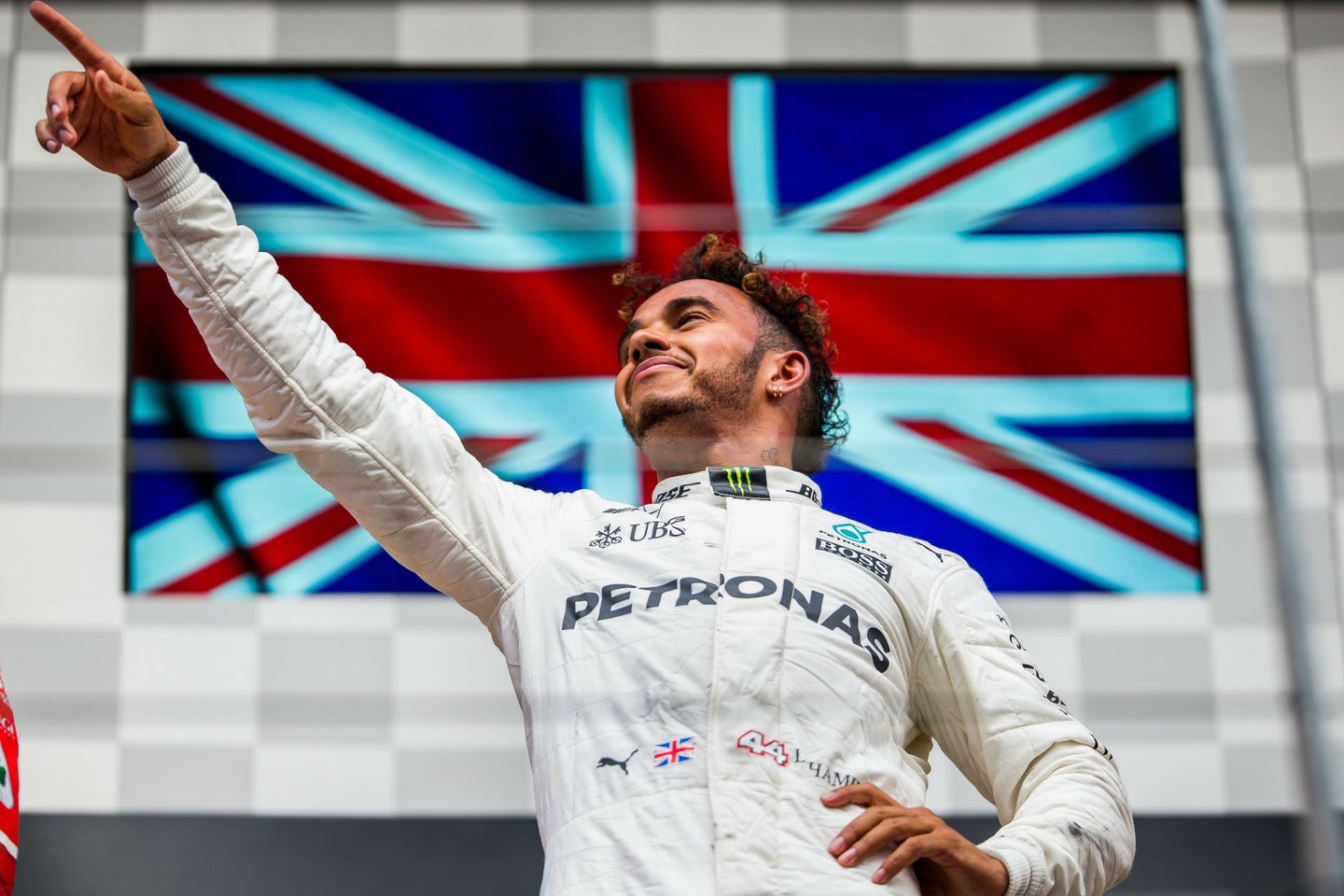 Lewis Hamilton was able to triumph at Spa on Sunday, beating out Ferrari ace Sebastian Vettel and Red Bull F1's Daniel Ricciardo to capture a Belgian Grand Prix victory. This, the British star's 200th career race in F1, is a significant contest that not only gives him his 58th GP victory, but also cuts down Vettel's lead in the driver's championship to seven points. Leading from pole and battling with the German throughout the race made it an entertaining bout for Hamilton, and as standings currently sit, he's in an exceptional spot for next weekend's Italian Grand Prix.

Hamilton was able to return strong from the sport's four-week break, and he started the second half of the season in the best way possible. Following Vettel's victory at Hungary, Hamilton's Belgium win continues the trend of no driver winning back to back Grand Prix races, eventually awarding the Briton with his fifth victory of the season.

“It has been a strong weekend for myself and the team, I am really grateful for all of their hard work,” Hamilton said. “Sebastian put up a great fight but this is what I said I was going to do and I did it.”

Vettel proved hard to beat, sticking directly behind Hamilton from the start and eventually being beat by just 2.3 seconds. He started the race in second place and scurried to the Kemmel Straight in hopes of edging Lewis out on the first lap, but the Mercedes star took a defensive line and nudged him out from the start. A switch to an unused ultrasoft compound tire was made by Vettel in hopes of making up ground on Hamilton, but to no avail.

"It was good fun,” he says. “We have made good steps forward and I am looking forward to next week, our home race [the Italian Grand Prix].”

Ricciardo rounded things out in third place as he gained his sixth podium of the season. He was able to keep the competitive edge over Ferrari veteran Kimi Raikkonen, a driver who has won at Spa four times in his career. Mercedes young gun Valtteri Bottas trailed behind him in fifth place, keeping the sport's top three teams in check at the top of the standings.

Red Bull's Max Verstappen was forced to an early retirement during the race, knocking his hopes of gaining any points at Belgium. Others that failed to reach the top half of the standings include the McLaren pair of Alonso and VanDoorne, the latter which received a 35-place grid penalty for his home race. Sauber fell as well and was unable to add any points to its total of five in this 2017 season.