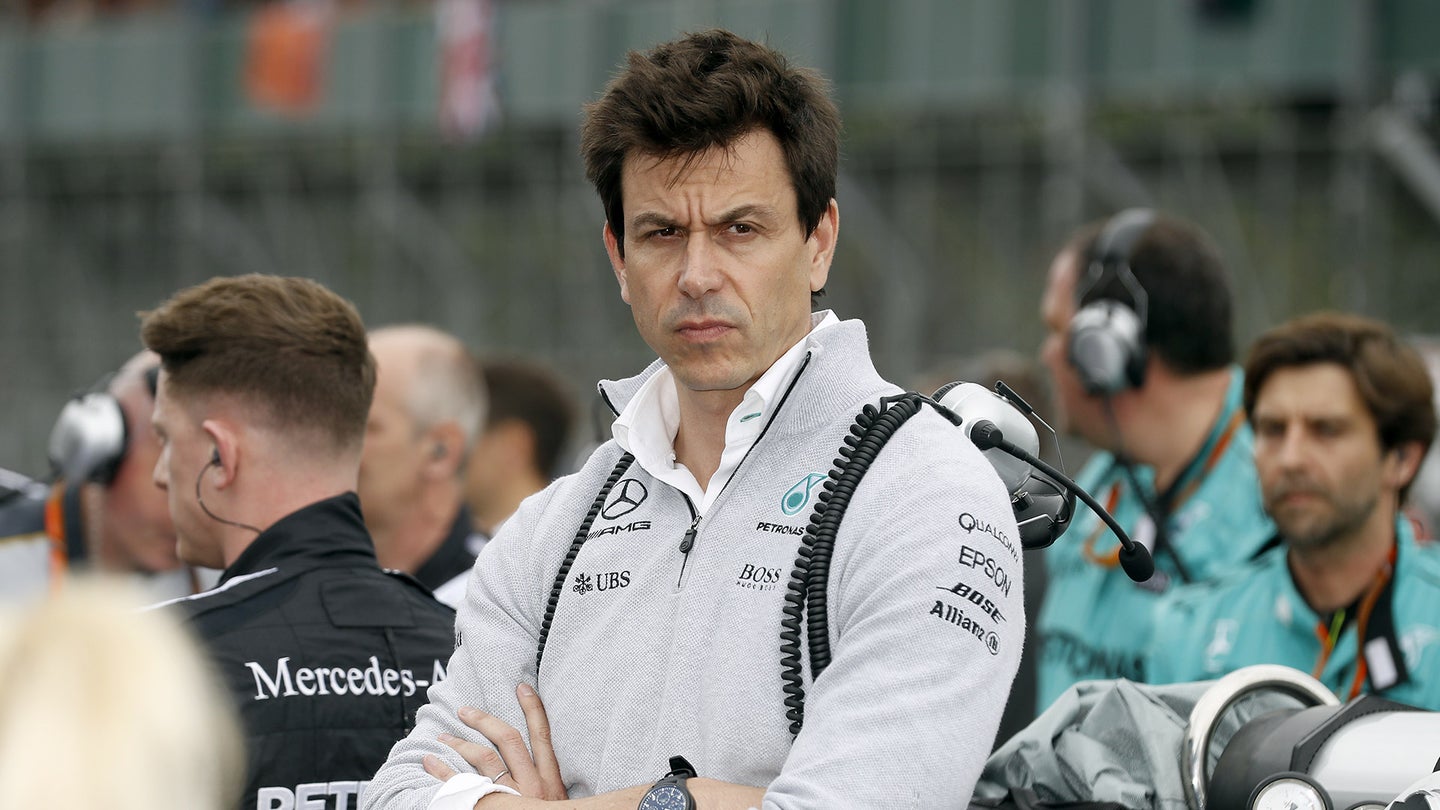 Recent headlines have been filled with news about the high costs of Formula One. Current teams are complaining about how expensive it is to keep things going, while outside onlookers like Volkswagen have said that the sport is headed down a "dangerous path". While F1 owner Liberty Media is looking into ways to cut these costs, Mercedes team boss Toto Wolff explained that customer costs are going down, and says teams shouldn't be complaining about the price you've got to pay in F1.

Wolff's Mercedes crew is one of the highest spending outfits in the series, falling just short of Ferrari, which reportedly spends approximately $400 million a year on its F1 program. To many, this hefty budget seems to be why the team is able to finish near the front at every race, widening the gap between it and teams with smaller budgets.

Wolff pointed out that fewer regulations on engine construction would help to cut these dollars, however, further lowering the expenses of what he believes to be cheaper than in years past.

"I think by making the future engine regulations less complex the development costs of the manufacturers are going to go down," Wolff told Motorsport.com. "The engine development costs big money, and the engine departments of all the current suppliers are loss making entities which shouldn't be the case, so we're trying to contain that."

While this may all be true, Wolff points out that engine suppliers are being required to sell this equipment at lower prices than ever before.

"On the other side we have found an agreement with the FIA to reduce the prices to all engine customers over the next years to levels that are the lowest ever in F1."

He went on to explain that engine costs only make up a fraction of a team's budget, even those that have a smaller spending cap than that of points-leader Mercedes or Ferrari. "I think if you get this kind of engine at prices like $12-14M, which is what we're trying to achieve, I have no understanding for somebody that claims the engines are too expensive. It's five percent of the big teams' overall costs—five percent. And for the smaller teams it's between 8-10 percent. Is that acceptable for a sport that's called motorsport?"

This comes after teams like Toro Rosso and Force India have declared there needs to be a narrower gap between F1's big spenders and the middle of the pack. The financial difference has led to a somewhat noncompetitive grid, with only one podium finish coming from a team that wasn't Ferrari, Mercedes, or Red Bull—when Lance Stroll finished third for Williams at Baku.