Kalle Rovanpera already had Red Bull support before he got his driver's license. 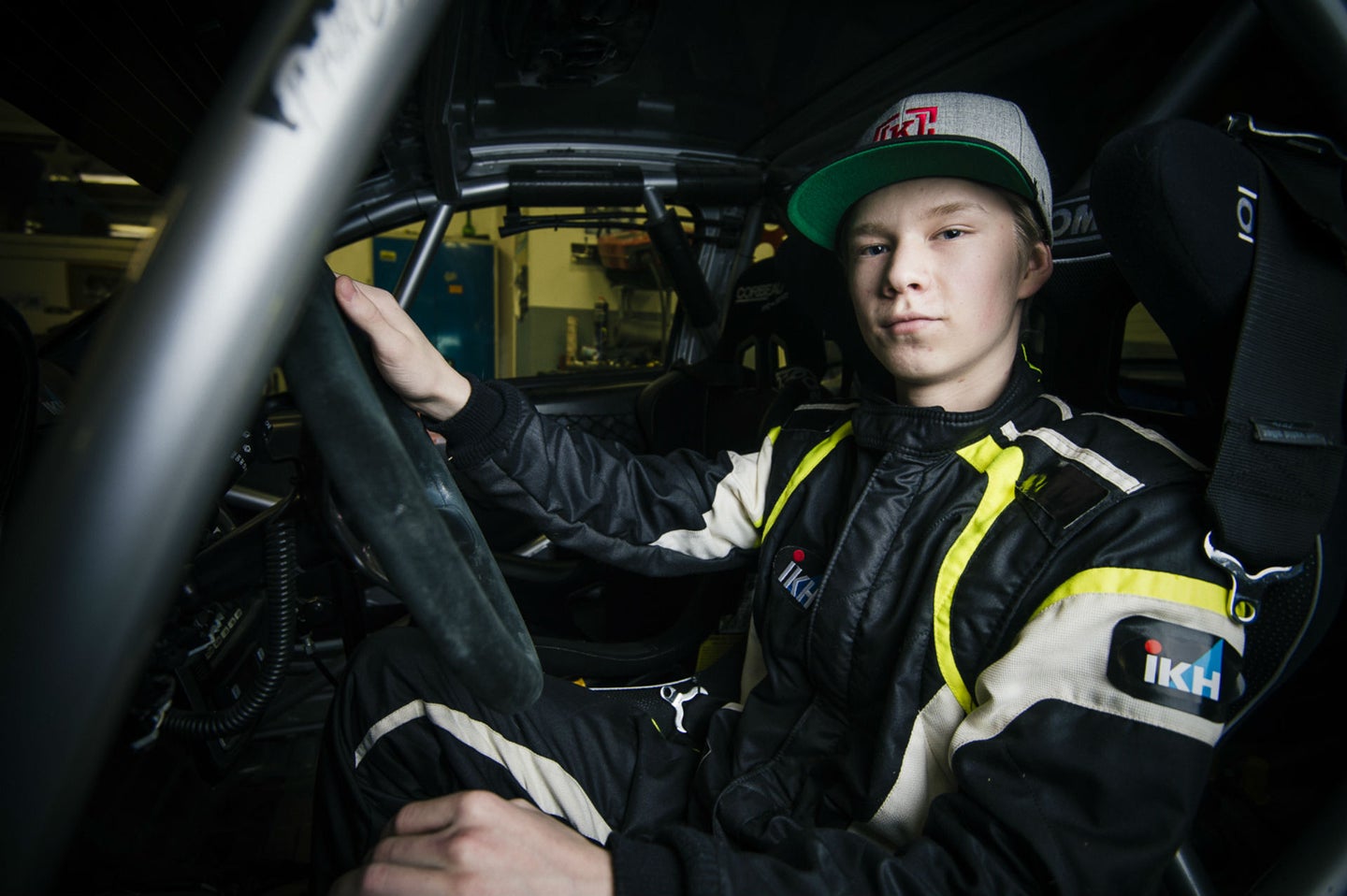 Finnish teenager Kalle Rovanpera has impressed the rally community with his top-level skills and know-how, gaining Red Bull backing at just 16-years old. His seemingly impossible skills have awarded win after win in development stages along the way, awarding him huge victories over some of the top drivers in his home country that's famous for rally. Now, after showing off his talent in a Skoda Fabia R5, Rovanpera is closing in on a deal with M-Sport that would put him in both BRC and WRC competition piloting a top-spec Fiesta, according to Motorsport.com.

The superstar will take his driver's test on October 1 once he turns 17, and has full intent of making his World Rally Championship debut just 26 days later in Wales. His manager Tim Jouhki feels confident that this is within reach as he leaps towards the deal with M-Sport.

"We have options for next season and we are still talking to people, but I think it's likely Kalle will be in the Fiesta in Wales this year and quite likely for next season as well," Jouhki told Motorsport.com.

Rovanpera already races full time in the aforementioned Skoda as well as a FPF Sport Peugeot 208 T16 R5 in Italy. This experience has allowed him to catch the attention of teams across the rally spectrum, eventually landing him his potential spot with WRC in the near future.

"I have no doubt that Kalle is ready for a World Rally Car right now," Jouhki explained. "If somebody called me and said they wanted to take him to this car and not the R5, then I would have no problem with that at all. I know him well and I know what is his level – I have good experience with knowing how good young drivers are. But Kalle is learning rallies next year and the R5 is OK for this."

M-Sport team boss Malcom Wilson expressed his amazement with how advanced Rovanpera is for a rally driver, regardless of his age. "Naturally, we'd like to see Kalle in one of our cars for Rally GB, next year's BRC and his WRC programme," said Wilson. "We're trying to pull something together at the moment. He's probably the most talked about youngster in rallying right now, so having him with us would be great.

Watch as Rovanpera dominates Rally Latvia in the video below, gapping the nearest car by 15.37 seconds.

Check back for more info as this deal progresses.