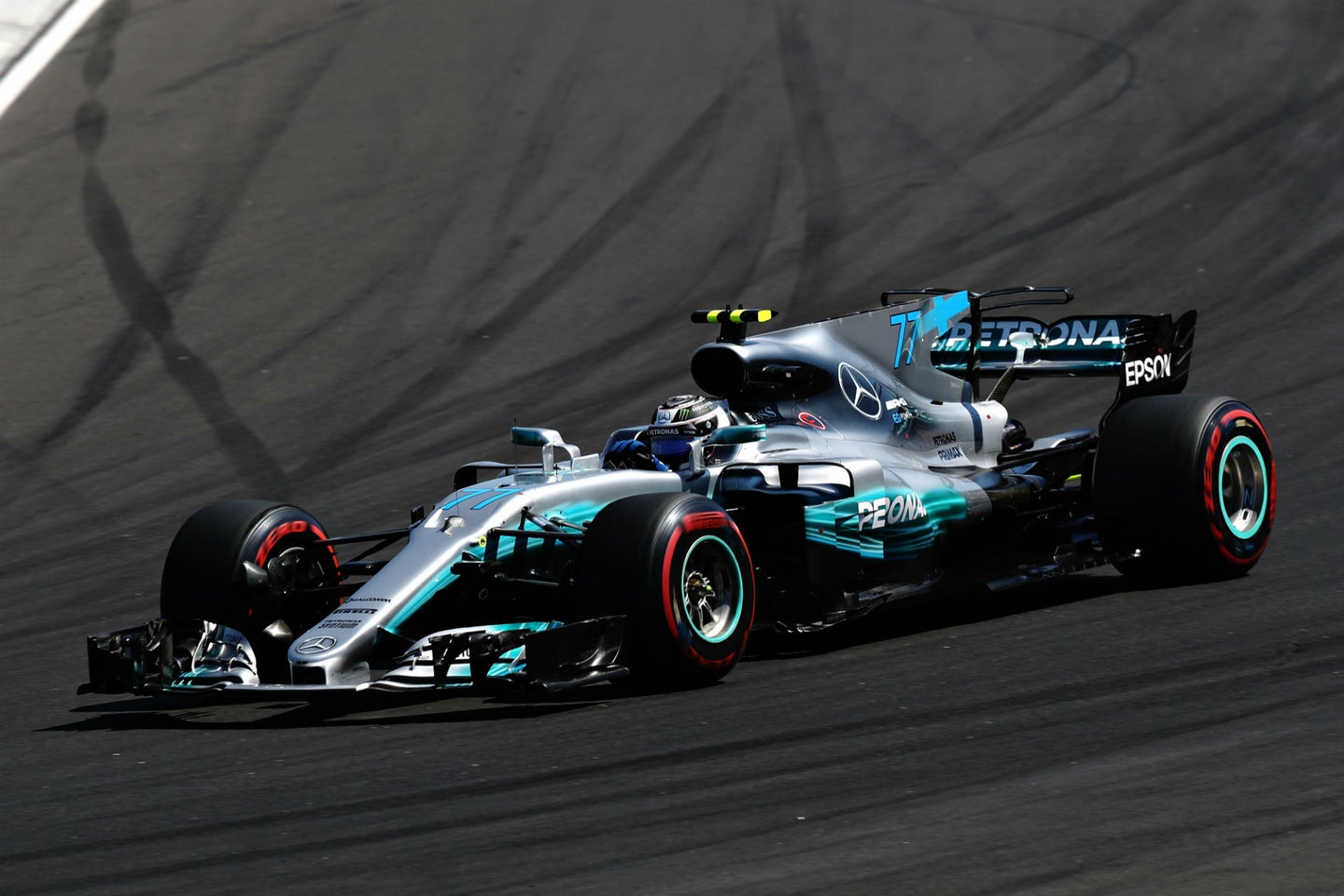 Valtteri Bottas has had a surefire start to 2017, wowing the rest of the field as well as himself in his first year driving for Mercedes Benz. With two pole positions and two victories under his belt this season, he's fended well for himself and currently sits third place in the Formula One drivers' championship -- one spot behind Lewis Hamilton, and two back from leader and Ferrari ace Sebastian Vettel. With half of the season still to come, Bottas is confident that he can overcome this deficit and win the title.

Bottas has acted as a team player throughout the season by yielding to crew orders and doing what boss Toto Wolff views as best for the club. This came back to benefit his efforts at last week's Hungarian Grand Prix when Hamilton was ordered to allow Bottas a pass towards the end of the race, allowing him a third place podium finish.

"Not every teammate would have done that for a podium, but on the other hand, I would have been angry if Lewis had not accepted the deal. The team has made it clear right from the beginning that we are both treated and respected equally," he told Sport Bild.

But despite that, the 27 year-old Finn doesn't want to be a B-string driver to the three-time world champ Hamilton.

"I do not want to be in Lewis' shadow," he insisted. "We get the same equipment, there is no number 1 and number 2 driver, and I trusted that was the case. I am fighting for the world championship, as this is also about my own career."

He backed up his own reassurance by noting how confident he was in his chances for this year's championship.

"I can become world champion. There are still nine races to go, and I believe that I can beat Lewis and Sebastian -- I have already done both this year. I am getting better and better. There is no limit for me," he added.

In addition to battling for an overall victory in 2017, Bottas is also boding for a contract extension at the end of this year, something he has made clear in the past. Recent news from team management claims that re-signing the young driver is almost a "no-brainer" at this point, giving him good hope for what's to come even though he has not yet signed a new deal with Mercedes.

"And it's ok, as I feel comfortable in the team and have only received positive feedback. So I'm not too worried."