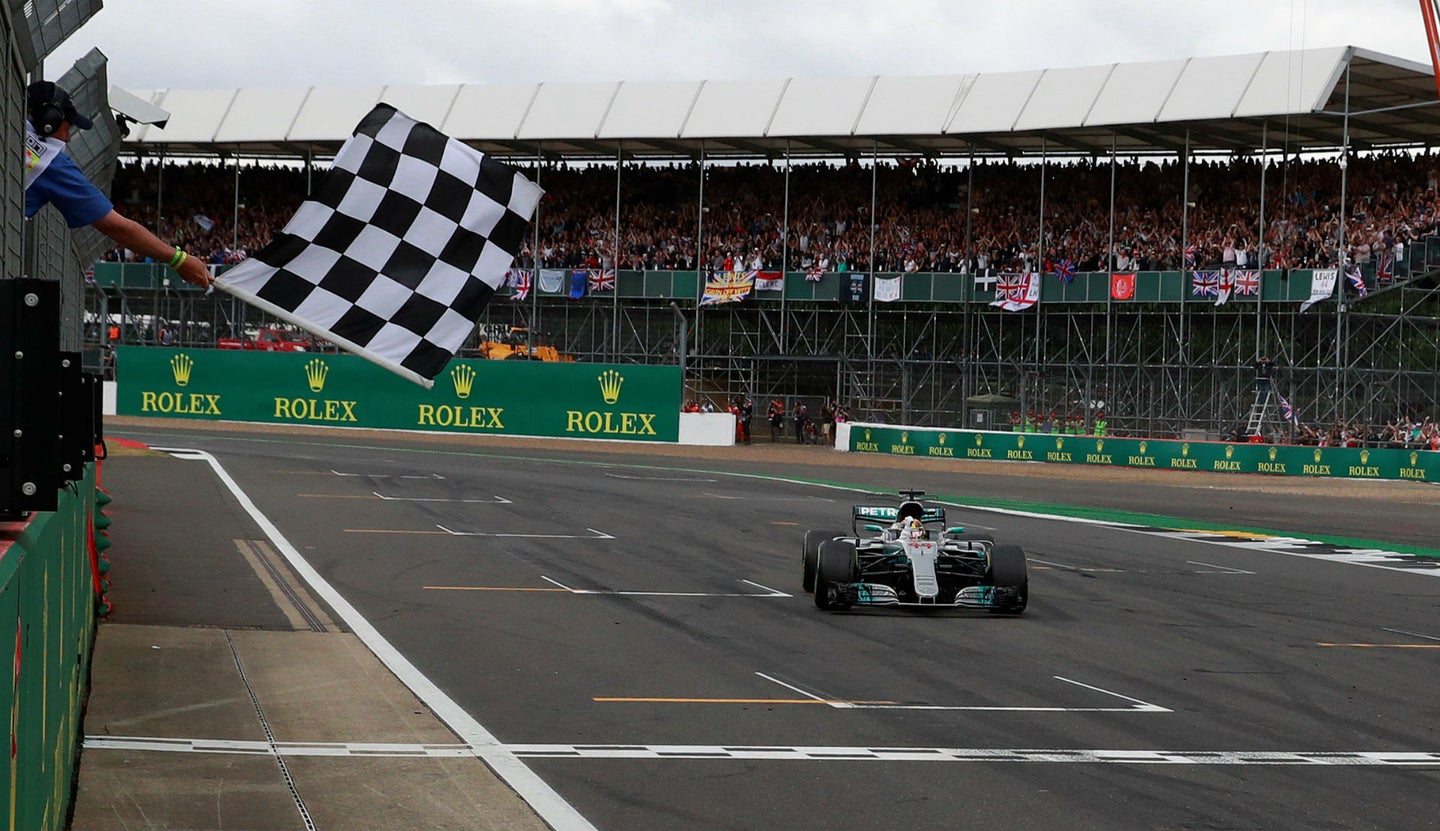 Trailing 20 points behind Ferrari's Vettel going into this weekend, Lewis Hamilton needed everything to go his way at the British Grand Prix. A stellar qualifying round put him in pole position for Sunday's race, and a dominating performance from turn one allowed Hamilton to beat out the rest of the field for his fourth consecutive victory at the race. Hamilton is now tied with F1 legends Jim Clark and Alain Prost for most wins (five) at the British GP, and is currently within one point of the drivers' championship lead.

Things started in Hamilton's favor from the drop of the flag as he executed turn one perfectly and broke away from the pack. He had a 1.6-second lead by the end of lap one and continued to grow that advantage consistently.

A steady second-place throughout the race put Kimi Raikkonen in close standings with the Brit, though an eventual front left tire blowout knocked his finishing position to third. This came after the two battled back and forth, gaining time while the other was in the pits. Hamilton still had the clear edge on the Finn, but Raikkonen gave him the closest run for his money during the event.

With Hamilton breaking free, the focus shifted to the drivers who might round out the podium. Vettel had a strong showing and could have likely finished in the top three, but he suffered a similar fate as his Maranello teammate and had a puncture with only two laps to go, bringing him down to seventh.

This left Valtteri Bottas, Hamilton's Mercedes F1 teammate and third place holder in the driver's championship. He ran an inverted tire strategy from ninth place after suffering a five-place grid penalty as he started with a super-soft compound, then began to attack after the Ferrari pair. He hunted down Vettel and passed him on the Hangar Straight, capitalizing on Vettel's aforementioned misfortune. He then went after Raikkonen's then-second place position and knocked him off his place, eventually earning a runner-up standing on the podium.

Red Bull F1 duo Max Verstappen and Daniel Ricciardo finished strong and completed a 4-5 finish for the team. This surely made Verstappen happy as he had suffered five DNFs in the previous seven races. Ricciardo had captured podiums in the previous handful of races, but this will have to do for his spot at this year's British GP.

Hamilton said he was greatly pleased with the backing of his fans for the event, claiming "The support has been incredible this weekend. I am so proud I could do this for you all. Now the plan is to win the championship."

Formula One is now on a two-week break with action resuming in Budapest July 28 to 30. This will be a heated contest as the season nears its halfway point, pitting the two top drivers, Hamilton and Vettel, against each other. A weekend-long rally put Hamilton right where he wanted to be, and if he can continue that in Hungary, believe that emotions will skyrocket between the Ferrari and Mercedes crews.

He ties Jim Clark’s record of five first place qualifications at the race.

Gearbox gremlins will have Bottas starting no higher than sixth for Sunday’s British Grand Prix.