He ties Jim Clark's record of five first place qualifications at the race. 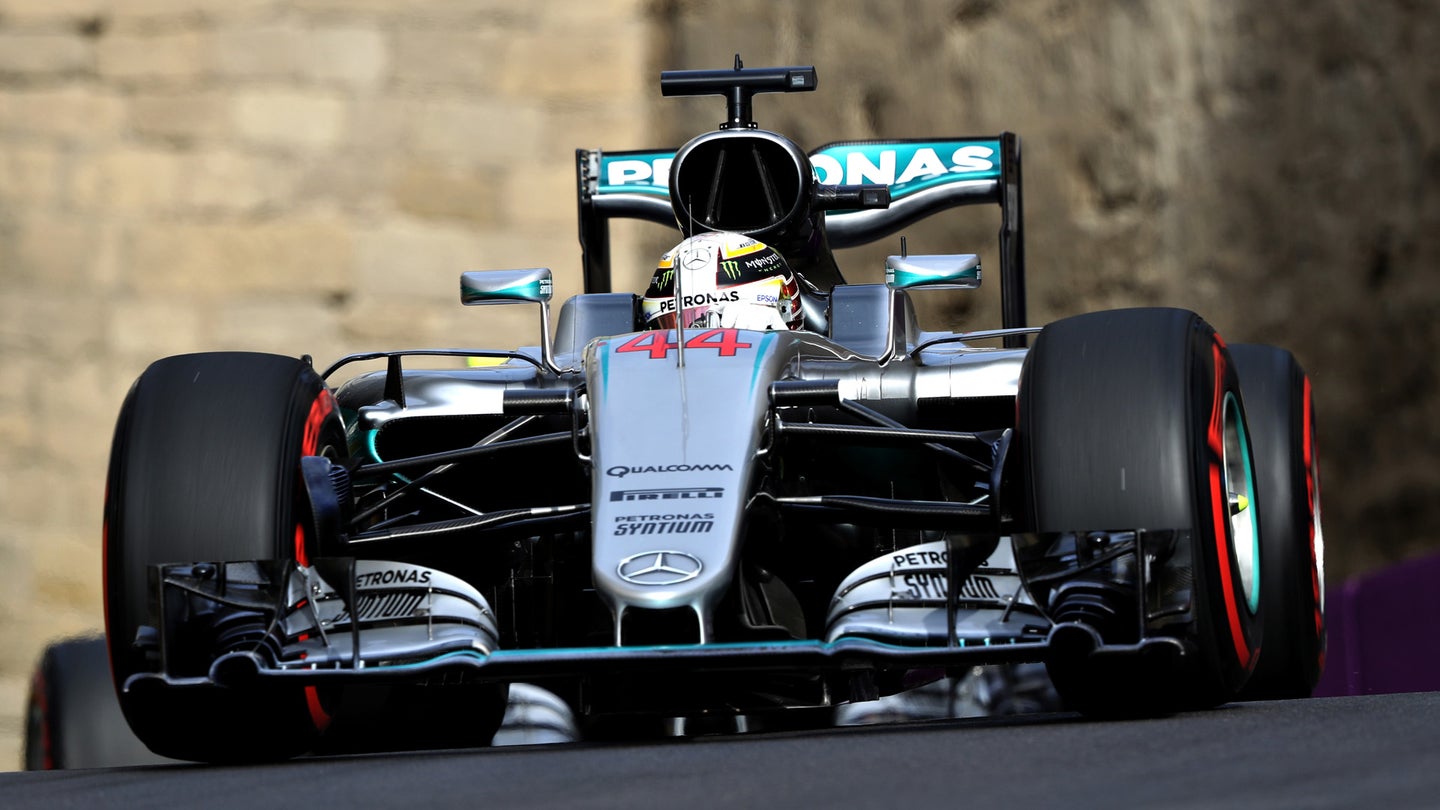 Amidst a field of doubters and rumors, Mercedes F1 driver Lewis Hamilton has captured pole position for this weekend's British Grand Prix. It's the fifth time in his career that he's achieved this feat, tying legend Jim Clark's all-time record for the race. This marks the 67th pole position of Hamilton's tenure, placing him just one behind Michael Schumacher's record of 68 first place qualifications.

Hamilton used his know-how of the English weather to his advantage in qualifying and was able to play off the damp track against his competitors.

“Always try to save the best till last,” Hamilton is quoted saying in an Autoweek report. “Knowing how much support I have here this weekend, I needed to get that lap in. I didn’t do it at the last race, so really made sure I saved it this weekend."

“I generally like it to be dry, but I quite like the conditions when they’re tricky. It’s typically English conditions, what I grew up racing in, so I felt very comfortable in it. When it dries out, that’s when you can, particularly when it’s just quite cool and the tires are working perfectly, it’s incredible.”

Haas F1 pilot Romain Grosjean claimed that Hamilton blocked him in the final lap of today's running, and the action is currently under investigation. If the current ruling stands, Hamilton will sit atop the grid against Ferrari rivals Kimi Raikkonen and Sebastian Vettel at Sunday's GP.

This is the second time in three races that Raikkonen has qualified ahead of series points leader and teammate Sebastian Vettel. When asked about how he felt after qualifying, he responded saying

“It felt OK,” said Räikkönen. “In the morning, it was a little more tricky and, obviously the conditions were not easy, they were changing a lot, but the car behaved as good as I think it could. It was the best it has been this weekend. Obviously, still not quite fast enough for the first place. We’ll try (in the race) and see what happens. I have almost nothing to lose, so we will try to make it a good race for the team and catch up in the points.”

Hamilton's Mercedes partner Valtteri Bottas achieved a time that would've landed him in fourth place, but after a five-place penalty due to a mid-season gearbox change, his official starting position will be 9th.

Red Bull F1's Daniel Ricciardo had turbo troubles part way through qualifying, forcing him to retire for the day and sending red flags out on the track.

McLaren's Fernando Alonso will start the British GP in last place as a result of a 25-place penalty. His team was given the discipline after making a host of changes to 'Nando's car including a new engine, turbo charger, and various computer bits.