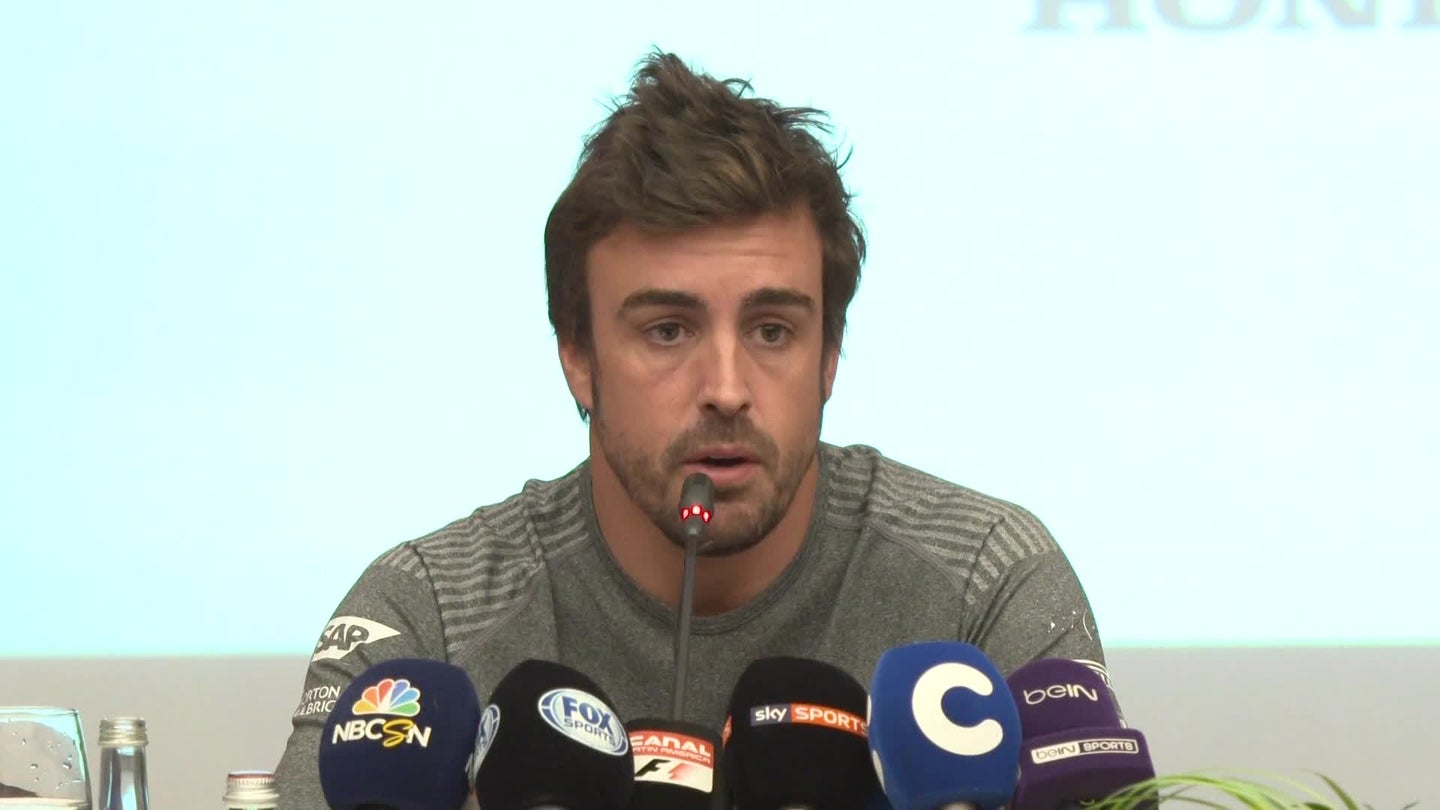 After escaping his woes at this week's Formula One festivities in London, McLaren Honda driver Fernando Alonso received some crucial news on Friday about his starting position at Sunday's British Grand Prix. Due to a list of changes performed to his car prior to the race, 'Nando was handed a 25-position penalty, landing him in last place on the pole, according to Motorsport.

Though this certainly isn't good news, it's doubtful that Alonso was expecting much. When asked what he anticipated to change from a recent engine upgrade to his troubled McLaren, he responded "nothing" -- a statement which set the tone for the rest of his season.

This marks his sixth internal combustion engine, eighth turbocharger, eighth MGU-H and sixth MGU-K of the season, a more extensive list than any other driver in the sport. Alonso has repeatedly given the team officials ultimatums, telling them that they have until October to make major changes before he leaves the team. Despite this, Honda has been unable to fix the issues that have plagued Alonso and his teammate Stoffel Vandoorne.

His car was retired after just the first turn in last week's Austrian Grand Prix, an event that many expected to be crucial for Alonso's future with McLaren.

Dependent on the rest of Fernando's season, he could likely be on the move come 2018. Potential fits for the two-time world champion once included both Ferrari and Mercedes Benz, but after recent announcements from both of those teams, things look bleak for the Spaniard.

The Spaniard star wants it to be the “first of many.”