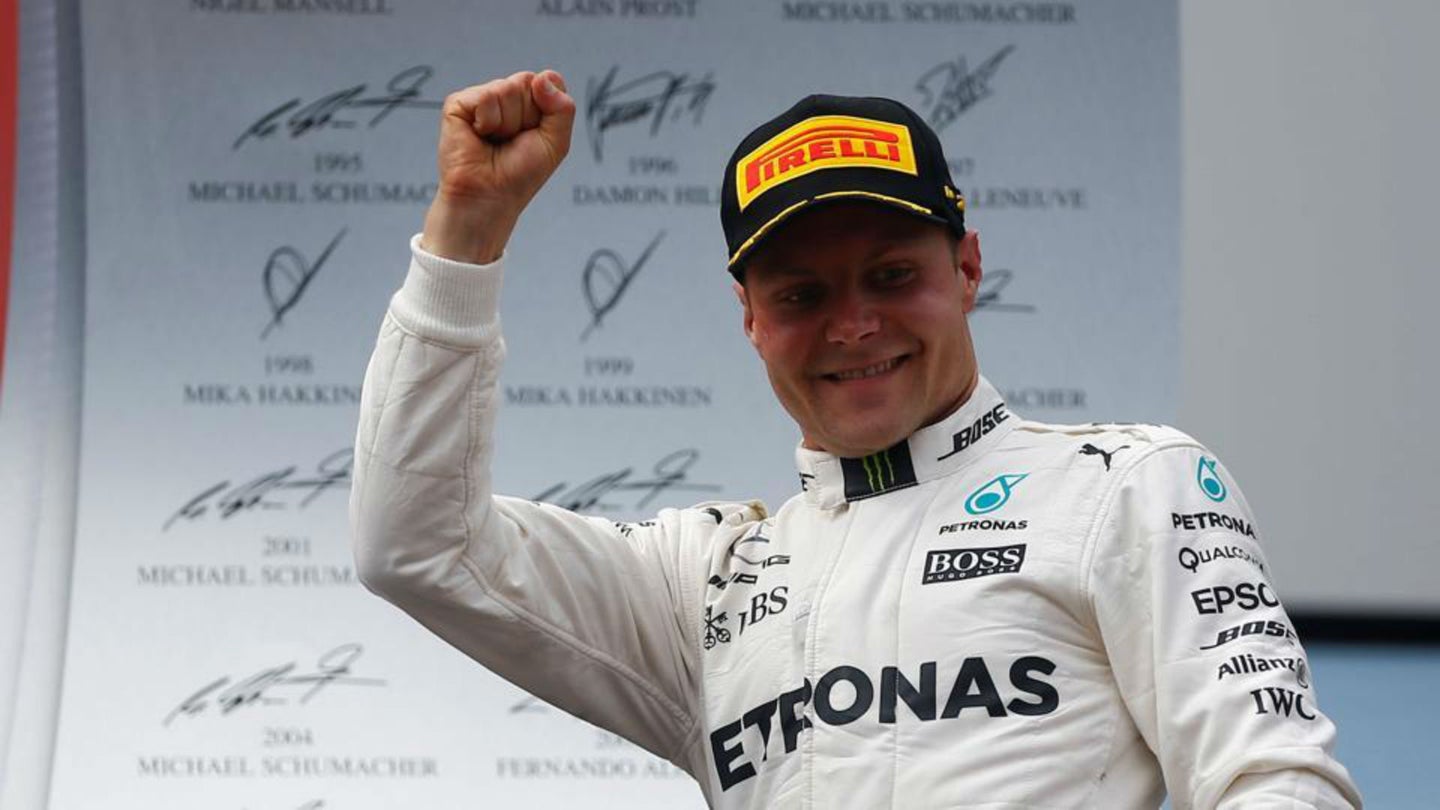 Everything fell in place for young Mercedes driver Valtteri Bottas this weekend. Thanks to a pole position and "unhuman" start to the race, he was able to capture a win at the Austrian Grand Prix and prove his worth to team boss Toto Wolff, not to mention the rest of the grid. His steady pace from beginning to end allowed him to maneuver through a hectic turn-one and onto victory, placing first ahead of Ferrari's Sebastian Vettel and Red Bull F1 driver Daniel Ricciardo.

Bottas's quick launch from the drop of the flag was so good that it even sparked an investigation to see if he jumped the start. After hurling off the line, he maintained a lead that lasted the majority of 71 laps.

Others got trapped in a turn-one wreck including Fernando Alonso and Max Verstappen, forcing them to retire before they finished the first lap. This was the fifth DNF for Verstappen in the last seven Grand Prix races, and with his teammate Daniel Ricciardo capturing a podium in the last three, his frustration is certainly starting to show.

Bottas's Mercedes teammate Lewis Hamilton was able to claw his way back to fourth place after being docked five spots in qualifying for a gearbox change. His climb from eighth to just outside the podium helped his points effort, though he still sits behind Vettel who was able to extend his lead in the drivers' championship.

Vettel kept it tight in the closing laps, forcing Bottas to play it smart with little time remaining.

“I had a bit of déjà vu in the end with what happened in Russia, where he was catching up, but I had a problem in the last stint with a massive blister on the rear left from five laps in,” Bottas said, according to Reuters. “That made it quite tricky. From the beginning, I could control the pace, but by the end, the backmarkers made it quite tricky. (I’m) really happy. It’s only my second win in my career."

He was able to gain 25 points thanks to his first-place finish, and with Hamilton's 12 point increase, the Mercedes pair is proving well worth the investment.